iOS 9.2 Lets you Import Photos Directly to iPhone From a Camera 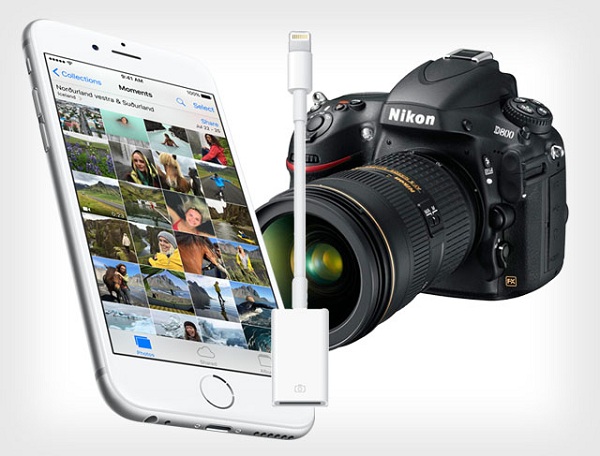 Among a large number of bug fixes, iOS 9.2 brings with it something that iPhone users have been wanting for quite some time now: the support for SD cards to iPhone. This means you can now connect your digital camera to iPhone and import photos directly by using a Lightning to USB Camera Adaptor, completely eliminating the need for an intermediary PC. Previously, this functionality can only be used on iPad.

This is all great news for photographers who want to quickly transfer photos from camera to iPhone. After connecting the USB Camera Adapter to your iPhone and connecting your camera to the adapter using a USB cable, you iPhone will open up its Photos app and allows you to choose with photos (JPEG or RAW) and videos you’d like to import.

You can Purchase Lightning to USB Camera Adapter for $29 from Apple. Apple also introduce a new version of its $29 Lightning to SD Card Camera Reader, which supports data transfer at up to USB 3 speeds on iPad Pro, and up to USB 2 speeds on all other iPad and iPhone models.

Now, you can update your iPhone or iPad via Settings > General > Software Update.

Finally, let’s see what people are commenting this big news: