How to Enable and Use Gesture Navigation System on Android P

Android P beta made its debut at Google I/O 2018 and comparing to the Developer Preview, several significant updates are added to the beta version. The new gesture navigation system, a replacement for navigation buttons (home/back/recent buttons), is one of the biggest changes. 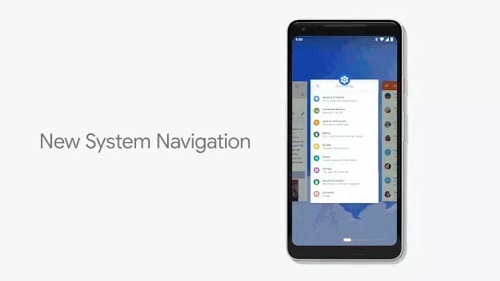 Use Gesture Controls on Android P

With the new gesture naviagtion system on Android 9.0, there is a different way to come back to home screen, go back, open recent apps, open app drawer, enter multitasking view. If you are used to the home/back/recent buttons on the previous Android version, you get a grasp on the new transition with the steps below.

Go Back: Android P still keeps the back button on the left of the screen but the button doesn't show all the time, only in the apps that you need to go back.

Go Back to Home Screen: Home button is not completely killed off on Android 9.0. The pill-shape icon on the bottom can work as the virtual Home button. You can just tap the pill-shape button to return to Home.

Multitasking: There used to be a recent button with which you can open multitasking view with one tap. Now in Android P's new gesture navigation system, you can swipe up from the pill-shape bar to enter the multitasking view, where you can see all recent apps. And by swiping left and right on the pill-shape button, you can view the list of recent apps and once you see the app you are looking for, release the button and you'll enter the app.

Another new change is that on multitasking view, you can now copy the texts from an recent app without opening it.

Open App Drawer: Swipe up once you'll open the multitasking view and swipe up again it will open app drawer.

Switch Between Recent Apps: On Android 7.0, you can double tap recent button to switch between the two recent apps. Now on Android 9.0, flick quickly on the pill-shape bar to switch to other recent apps.

Hi FonePaw,
It's an amazing blog on "Android P gesture Navigation." It will be very useful to many people who are currently working on android app development.. You have described it very well by giving in detail description. Thank You. Keep Updating us via new articles.