5 Ways to Obtain Your Smartphone Location

Smartphone security has been an essential issue for quite some time now. Before that, computer security was a headache for many IT workers, and it got even worse after the first smartphones appeared.

A computer stays at home, while a Smartphone travels with you all the time. Of course, it's unbelievably comfortable, but it poses significant dangers as well. If you want to read more about mobile phone security, you can double-check our other article on the topic.

In the movies, special agents track smartphones to prevent a terrorist attack or take down some unlucky corrupt politician.

The reality is quite different. Your location data can be sold to third parties for marketing purposes. What route you take to work, how long do you walk in the park, are you visiting museums or having fun in festivals - all of it is used to target you with ads. Furthermore, hackers can also track your smartphone location to know when exactly you're away from home. And rob the place afterward. That's why it's of utmost importance to protect your data. 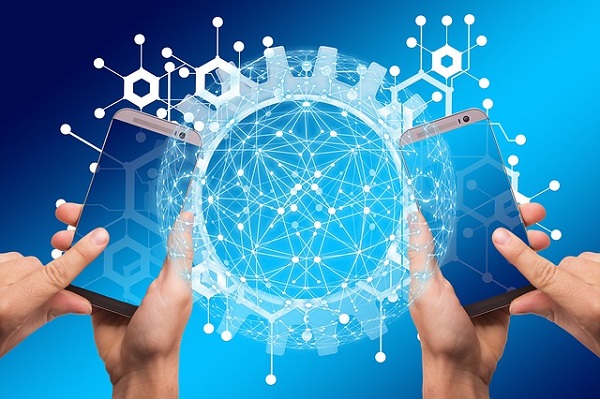 It's frightening, but there's no need to panic. The best way to avoid such dangers is to know how your location can leak from your Smartphone, and what you can do about it. Here are five ways of how third parties can obtain your smartphone location.

This is a hacking method that falls under Man In The Middle attack category. These attacks are defined by injecting a third party between communicating sides that monitor the communication and extract valuable data. This hack also goes by the IMSI-catcher name. Basically, it's a "fake" mobile tower that acts between the Smartphone and the service provider's real tower, that's why it's considered a MITM attack. If there are smartphones connected to this tower, cybercriminals can extract location data from them.

Triangulation is a scientific method of obtaining location, and it can also be used for smartphone tracking. It works by gathering distance data from three known points, such as mobile cell sites. Mobile phones always connect to a mobile cellular network, and they are sending signals to mobile sites near them. By measuring those signals and their strength, an approximate location of particular devices can be extracted.

Smartphones can easily connect to Wi-Fi hotspots or share information via Bluetooth. Both of these connections use the device's MAC (media access control) address for identification. Even if a smartphone is not currently connected to any Wi-Fi network or even uses Bluetooth, it can still send signals to nearby networks to expose its MAC address.

This way, third parties who operate Wi-Fi networks can obtain a device location or know how many people are in the vicinity and how long they stay around. There's also a risk of connecting to a fake Wi-Fi access point set up by a malicious hacker, and public Wi-Fi should not be used without the protection of a VPN.

Whatever you install on the Smartphone can put your device at risk. It might be malware, which connects your Smartphone to a botnet, or spyware that monitors all your activities, or even an innocent App that has not been adequately secured and is leaking information.

Onavo VPN, an unfortunate Facebook attempt to mine data, is a perfect example. It was marketed as a cybersecurity service, while it resembled spyware way more and tried collecting as much data as possible. Many applications require you to know your location and ask for it, and if you permit them, you might be exposed. Of course, it's perfectly fine most of the time, but when you're thinking about your security, keep in mind that checking the security features of Apps that you install on Smartphones is mandatory.