Who Hacked the iPhone for FBI? Clues Point to…

The U.S. government's announcement Monday that it hacked into the San Bernardino terrorist's iPhone 5C ended the FBI's legal feud with Apple. However, it doesn't end the overarching battle about privacy and security. At the same time, people are guessing who is the FBI's helper to unlock the terrorist's iPhone? To answer this question, let's first clarify the process of the battle between FBI and Apple.

The Whole Battle between Apple and FBI

So, Who Hacked the iPhone for the FBI

Israel's Cellebrite, a provider of mobile forensic software, is helping the U.S. Federal Bureau of Investigation's attempt to unlock an iPhone used by one of the San Bernardino, California shooters, according to Israeli newspaper the Yedioth Ahronoth and Reuters.

FBI inked a $15,000 contract with Cellebrite for "information technology software" at the same day it told the court it found an "outside party".

Another Surprise: Even Apple Uses Tech from Cellebrite

Cellebrite has contracts with the FBI dating back to 2014, Associated Press says, but also commercial products that can be used to transfer data from older phones to new ones. Apple uses Cellebrite devices in some of its stores, the report says.

If you are the one who just switch to a new iPhone SE/6s/6 or iPad, you don't need to go to Apple Stores and ask them to transfer data from old iPhone to the new one. FonePaw iOS Transfer allows you to transfer files from iPhone to iPhone or any two iOS devices. It also supports transferring data between iOS device and computer. Why not download and have a try.

Next, Turn our Attention Back to Privacy and Security

Although the government officially withdrew from its battle against Apple Monday, many observers sense the tech privacy war is just getting started. Are you the FBI supporter or the Apple supporter? Or are you just the privacy supporter? Share your opinions in the comments section below. 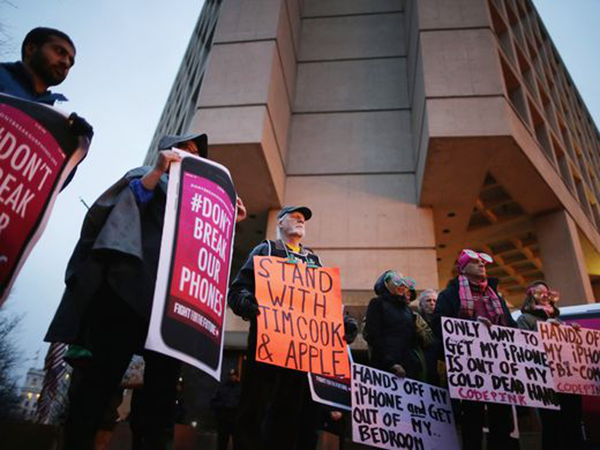 now have unlimited access to my girlfriend's phone and PC and also have her activities in check.

Good work always speak for itself, you shoulder contact them and thank me later

This are professional investigator .. was able to get my wife phone.. Contact LADYPAMY15 AT GMAiL com, if you need assistance

This are professional investigator .. was able to get my wife phone.. Contact [email protected] com, if you need assistance

Lord gift is simply the best hacker I have come across. He helped me
hack my ex boyfriends Facebook,whatsapp and emails in less than 48hours.
He is a professional and also Clears license suspensions, monitors
calls, hacks database,changes school grades, clear criminal records
without any traces. You can contact her email lordgifthacker at gmail