FPS(Frames Per Second) is one of the most important factors to ensure a smooth gaming experience. To monitor the FPS of PC games, you need an FPS counter. Nowadays, a lot of games offer built-in FPS counter, while there are still a significant number of games don't.

There are many FPS counter options you can find online. Here are the 4 most popular FPS counters that are used by many gamers. Hopefully, you can find the one that best fits your need.

Beside FPS counter, GeForce Experience can improve your gaming experience by providing customized graphics settings for different games, changing saturation, HDR, and other visual elements to games with filters. Also, you can record gameplay with the program. 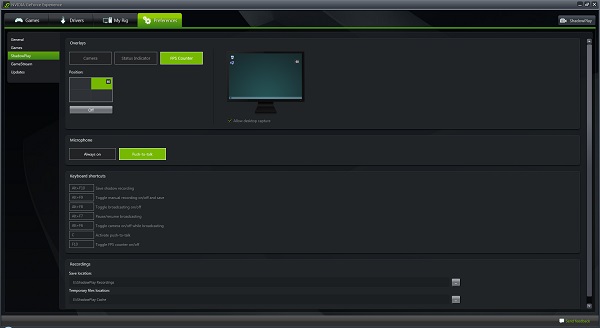 Fraps is, in fact, a screen recording program for gameplay, but it also includes an FPS counter to display FPS for games. If you don't use Steam or NVIDIA graphics hardware, Fraps is a wonderful option. When Fraps is running on your computer, its FPS counter is enabled by default. All you have to do is press a hotkey (F12 by default) to activate the FPS counter overlay. You can make the FPS overlay gone when you want by pressing the hotkey again. Fraps can show FPS for DirectX or OpenGL games.

As a game recorder, Fraps is not for free. You can get its registered version at $37, which allow you to record videos during games without time limit. 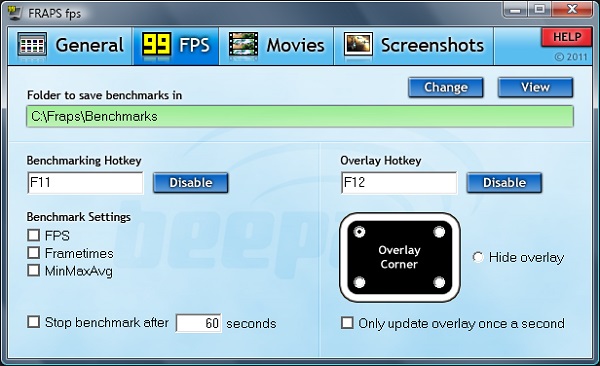 Razer Cortex, a game booster created by Razer, the gaming hardware and software manufacturer, also provides FPS counter. The game booster not only shows FPS during gameplay, but also provide an FPS report when the game is stopped, which shows you maximum, minimum and average FPS during the gameplay.

As a game booster, the program can improve your gameplay experience by cleaning up your system, improve frame rate with optimization tools, closing unneeded background software so that the games can run faster and smoother.

Moreover, it can record gameplay, find the best deals for games by comparing the prices of different stores(Amazon.com, GameStop, Steam, Origin, etc.), back up games. 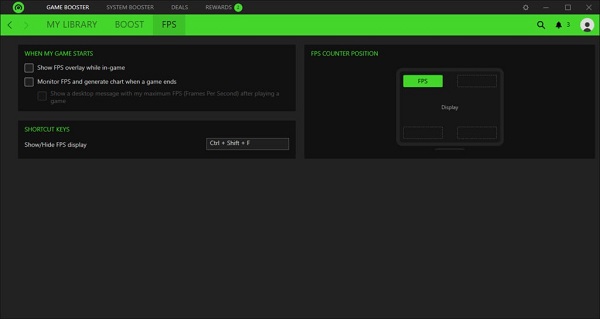 Which FPS counter are you using for your gameplay? Share your favorite with us!