How to Delete Apps on iPhone

Good news! Developers testing out the iOS 9 beta 2, released this week, have discovered a handy feature, which allow the operating system to intelligently delete apps if you don't have enough free space to upgrade your device to iOS 9. All deleted apps will automatically be reinstalled after the update is complete.

Thanks to the new feature, the days of deleting hundreds of photos from your iPhone to free up space for large software updates are over.

However, what if I really want to delete some apps on my iPhone for good? How can I delete Game Center, Stocks, Calendar, Reminders, Notes and other pre-installed Apple apps from my iPhone or iPad?

Part 1: How to permanently delete unwanted apps on iOS

Part 1: How to permanently delete unwanted apps on iOS

Let's start with the basic deletion process: Just tap and hold the offending app's icon on your home screen until all your iPhone's app icons begin to jiggle. Then, you can tap the small "x" on the upper corner of the app. Confirm the deletion, and the app goes bye-bye. 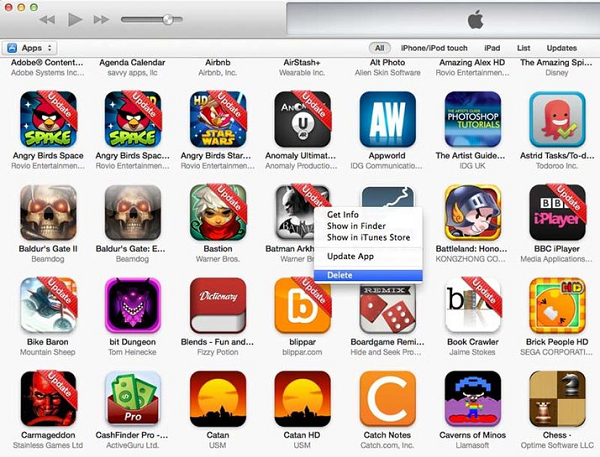 Everyone knows that Apple doesn't allow you to simply delete Newsstand, Safari, Notes, Game Center and other pre-installed apps on your iPhone or iPad. What we can do is to hide the icons for the Apple apps we don't use, in a folder called "Apple stuff".

To put apps into a folder, just drag one app onto another. They will be combined into a folder and iOS will try to guess a name for that folder. Click on the folder name to rename it.

Okay, but how do you actually delete the pre-installed Apple apps? You'll have to jailbreak your iPhone or iPad (Disclaimer: we wouldn't recommend that, since it's likely to obliterate any warranties you have with Apple and your iPhone will say goodbye to stability and safety).

Did we miss something in this tutorial? Have some tips and techniques you'd love to share? Tell us in the comments below!