According to Ubergizmo, Google is testing a new design for the weather card of Android, which in order to make the card looks more pretty but functional. 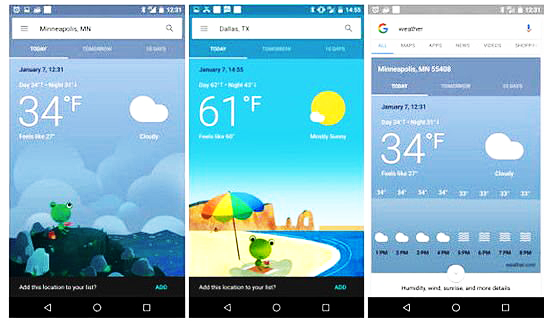 Check the screenshot above, the new design looks pretty and cuter that maybe caused by cartoon images, which are to show up different conditions such as Sunny or Cloudy. Currently, just some of users have seen the new weather card, and most of them thought the new design will be suitable for Android.

Android only changes the design of Google Now weather card with various characters. Although the features of it have no big difference compared with previous one, the new design could attract more users to grab it.