Saturday marks Halloween and while many people are planning to attend a big party. Why not watch some of the scariest movies around these days. If you are looking for horror Halloween movies 2015, here is the list that you anticipated. Besides, we show to the tips on how to download Halloween film. Don’t Miss! 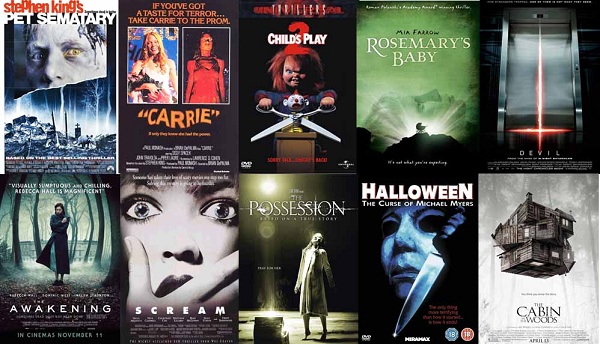 This is the final episode of the Paranormal Activity series. The movie tells the story of two brothers finding some weird tapes of two young girls being taught supernatural abilities by their mother, 20 years ago. The situation becomes scary when they find out the girls in the videos can see, hear and even talk to them and when they find a camera which can show paranormal things their eyes cannot.

This is the hotly anticipated fifth season of the successful and popular FOX horror TV series, American Horror Story, featuring more than just a few members of the previous series. In the cast there will also be Lady Gaga in the role of Elizabeth, The Countess who owns the Hotel.

The movie tells the story of a group of student activists, traveling from New York to the Amazon in order to save the rain forest. After their plane crashing in the jungle, they are taken hostage by terrible and bloodthirsty natives.

A Nightmare On Elm Street tells the story of several friends who find themselves hunted by a disfigured serial killer who kills his victims in their sleep. Forcing themselves to stay awake, the gang must discover the reason this villain is after them before it's too late.

Spanish language film The Orphanage could be considered more of a supernatural thriller compared to what is out there in the horror genre at the moment. However, its intelligent and heartbreaking plot combined with its creepy visuals can't help but make it a great film to watch when you want to be a little spooked.