The Samsung Galaxy A5 2018 Edition Overview: What Can You Expect From Samsung in Early 2018?

Samsung needs no introduction. Anyone who hasn't heard of it is still probably living under a rock. Samsung has been a dominant player in the electronics market for as long as we can remember. They also have a very tight stronghold on the smartphone market as they are the only Android smartphone manufacturers who dare to compete with Apple from heads to heels. Ironically they even manufacture stuff for Apple, so they must be doing something right. Samsung's mid-range smartphone market has been much overlooked over the past years. Not only the devices made seem somewhat underwhelming, but they weren't made in any way, shape or form to compete with offerings from the Chinese like Xiaomi. With the advent of the A series though, Samsung seems to be turning a new leaf in their mid-range smartphone segment, and they have managed to gain back some of that lost popularity.

Samsung teased us with the Samsung Galaxy A5 2018 edition not too long ago, and some of the details have finally begun to surface now. So, let's have a quick peek at what you can expect from the A5 2018 and how does it improve from the previous A5.

Samsung's new A5 is likely going to follow the 18:9 form factor route as adopted by many other smartphone manufacturers right now. The new leaks indicate that with the new form factor, it will also have a display that has rounded off corners, kind of like the Xiaomi Redmi 5. That will also mean shifting the fingerprint sensor to the rear, so that's a loss. On the plus side, you'll have a handier device that can be used with a single hand and have a bigger screen size. The device will also possibly feature an all-metal construction, but it is yet to be seen.

The bigger attraction, however, will be the display which will be Samsung's first ever switch to the 18:9 form factor in the budget mid-range segment. The device will also reportedly have the same 1080p+ resolution (1080x2160) as found on most other smartphones today like the Huawei 9i. We don't think that Samsung is going to have an AMOLED panel on the device at this price bracket because that will be very un-Samsung of them to do so. 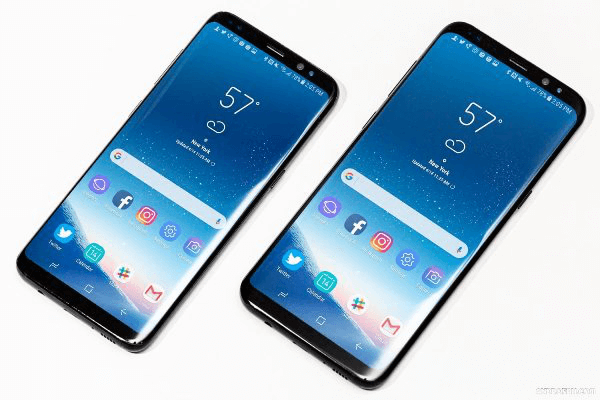 The fun thing about rumours is that you can get your positives and negatives before the product is launched a hope that the company will take them into account. Of course, it is Samsung that we are dealing with here now if you get my meaning. The Samsung A5 2018 will reportedly feature an Exynos 7885 Octa-Core SoC which consists of eight A53 cores from ARM clocked at 1.9GHz.

Performance wise we could be looking at Snapdragon 450 levels of performance, maybe a bit more but don't quote me on that. This will be a fairly low-end chip on a device that is made to compete with offerings like the Snapdragon 625 or so based on its price range. Current gen CPU's are fairly competent when it comes to handling trivial everyday tasks like browsing the web and watching videos while texting at the same time. However, all low-end CPUs fail on the gaming test when they are subjected to loads. We shall see how it performs after the device is launched. The A5 2018 will also reportedly feature 4GB of RAM.

With android Oreo launched, we might actually see Samsung's first ever device with the A5 that will ship natively with Android 8.0 out of the box. It will be the thing to rejoice because Samsung isn't good at updates when it comes to their devices. The UI will also probably be the usual Samsung TouchWiz layout, and it'll be interesting to see what changes they will do with the newer Android version.

There are many reports floating around the internet as to what type of camera the Galaxy A5 will feature. Some claim that it will be a dual camera setup with two 13MP sensors at the rear and others claim that it'll be a single 16MP shooter. I bet it's the latter because dual cameras will be very un-Samsungly to have in this price bracket. So an exact quote as to what the cameras will the device features is as of yet unknown.

So let's speculate then – What does Samsung need to make its stand in the existing A5 budget? Well Samsung's chief competitor as far as specifications go, despite its lower popularity will be the Huawei Honor 9i. But Samsung's most fierce competitor will be as usual, Xiaomi. Both Xiaomi and Huawei have excellent phones at the budget range with strong camera options. While Xiaomi has the MiA1 with the excellent portrait mode, Huawei's 9i takes the best images all around. Also, a major addition will be the ability to record 4k videos, a feature that many budget smartphones have started to adopt.

Samsung will eventually release the A5 in the Indian markets primarily because it is intended as a device for growing markets with huge demand for budget smartphones. So it's pretty safe to assume that the A5 will support Indian network bands as well as VoLTE. It'll also have support for Wi-Fi 802.11 a/b/g/n, Bluetooth v5.0 with A2DP and GPS with A-GPS and Glonass. Also, another new feature will be the added option for Samsung pay with NFC and USB Type-C.

As far as battery is concerned, reports indicate that the device will feature a non-removable 3300mAh battery powering the device.

It cannot be ascertained as to what type of device the Galaxy A5 will be. It might actually turn out pretty darn good or Samsung, being Samsung, will play the brand image card once again. And while things are looking promising, but a lot of it may actually change. The Samsung Galaxy A5 price in India will possibly remain close to the price of the current A5 which is approx. Rs.16000 INR, and the device itself will launch sometime in January 2018. Let's hope that Samsung doesn't disappoint us.