Where Are Camera Pictures, Videos, Screenshots Stored on Android?

It is easy to take a photo, video, screenshot on an Android phone, however, sometimes you just can't find the camera photos, videos, screenshots on Android, especially when connecting the phone with PC, it is hard to find the pictures or videos you need among a bunch of random folders in Windows File Explorer. This guide is to show where the camera pictures, videos, screenshots are stored on Android and help you quickly locate the media files you need on the Android device or computer.

How to Recover Deleted Photos from Android Internal Storage

How to Move Android Photos to PC via USB Connection

Where Are Pictures Stored on Android? 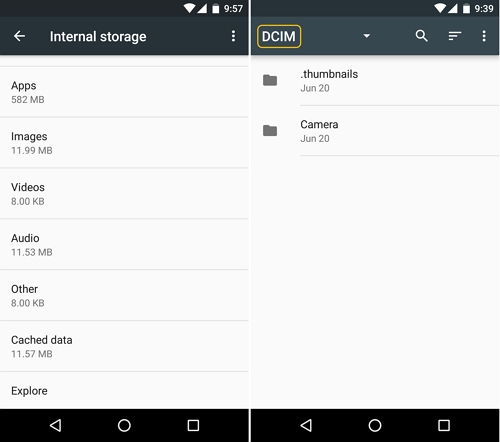 What is the DCIM folder?
DCIM, short for "Digital Camera Images", is a part of the Design Rule for Camera File System specifications, which specifies that the camera file system should contain a DCIM directory to hold photos and is adopted by most smartphone, tablet, and digital camera.

Can't find downloaded photos?
Usually, you can find the photos that are saved from Google, WhatsApp or other apps from the Download album in the Gallery. Also, you can access the downloaded pictures from the directory /internal storage/download. 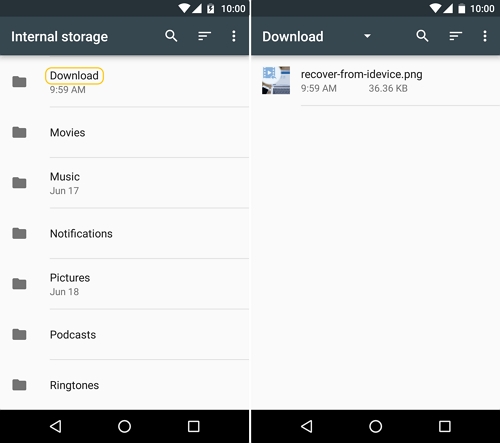 If you can't find the saved pictures, it's likely that the pictures are not saved. For example, if Google Chrome isn't granted permission to use the memory storage, it won't be able to save the pictures on your phone. Go to Settings > Apps and check the app permissions.

Where Are Screenshots Stored on Android?

To find screenshots on your Android phone, open gallery, tap on the hamburger menu icon and select the screenshot folder. 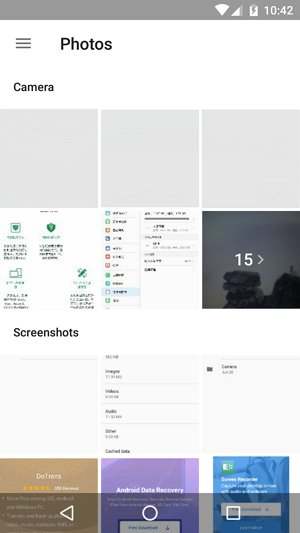 Where Are Videos Stored on Android?

The videos taken by your phone camera are stored in the same location as the camera photos, which can be accessed via /storage/emulated/DCIM/Camera.

If you can't find some videos when connecting the Android device to the PC, check if the Android device is connected via PTP mode, under which you can only view photos and videos in the DCIM folder when the downloaded videos won't show up. To show all files from Android on PC, choose the MTP mode as the USB option.

If you have more questions about finding photos, videos, or screenshots on Android devices, leave your question below. If the photos or videos are mistakenly deleted, FonePaw Android Data Recovery can help you restore the files.

Not expecting a response, but I'm desperate LOL Have connected my android 8.1 phone to windows laptop, and simply cannot find my taken videos. My 'photos' are no problem, sitting in the DCIM folder, but there is no 'video' folder at all (it saves to phone, not SD card which is empty) Attached is a screenshot of file manager showing video which shows the 'path' so it exists on my phone, I just can't see it on laptop - any ideas? 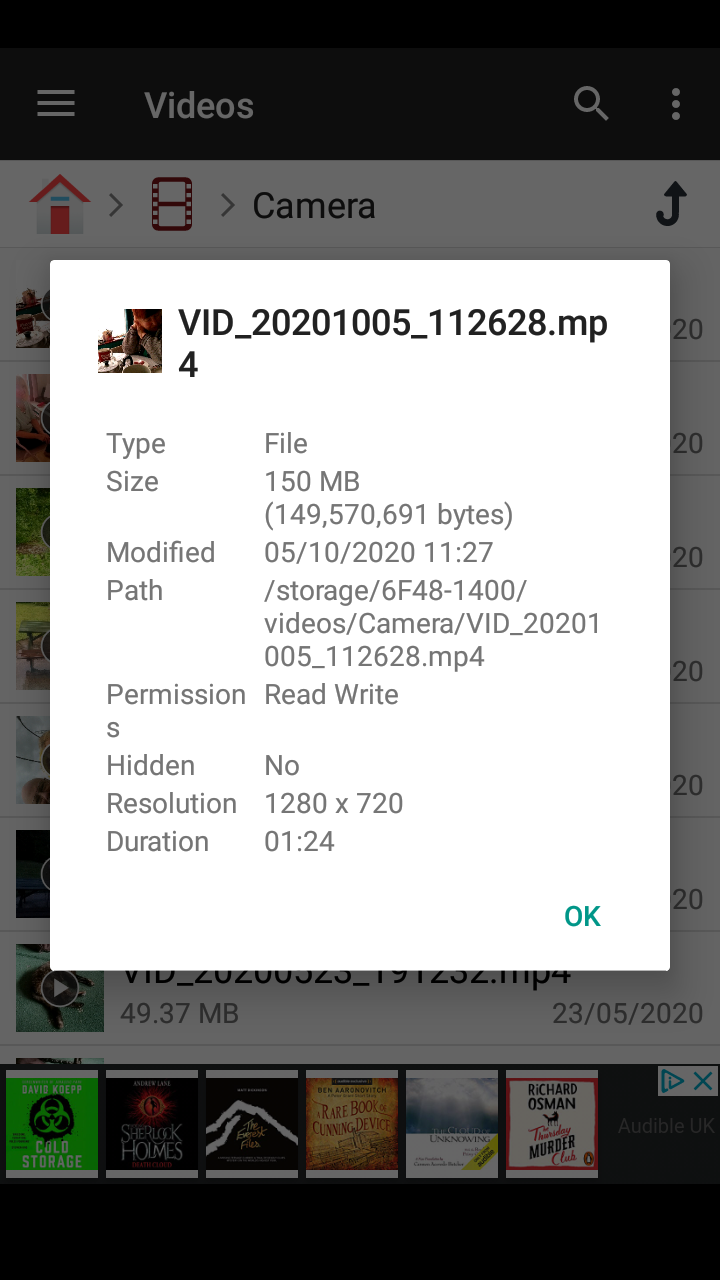 Using the Samsung - My Files app, look up the DCIM - Camera folder where the pictures are. You should see the mp4 files. select one or more mp4 files then use the 3 dots upper right to select Copy. change the file path in the bar above the folder view to the download folder. Hit Copy Here. You should be able to see the mp4s in this folder from Windows.