Recently, Samsung Galaxy S7 was exposured that it will be launched in 21st February, 2016. Now, the arguement has been confirmed by the operator area. And the Galaxy J7 and J5 would reach market in February next year, Samsung Galaxy S7 would follow then in March, according to the micro-Bo exposure of China Mobile internal PPT New photos shows. 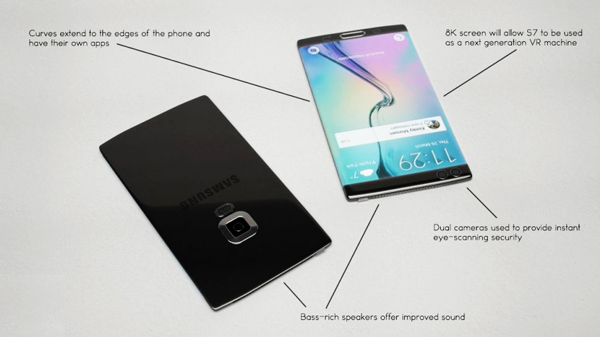 Samsung Galaxy S7 has little change compared with Samsung Galaxy S6. The body size of it is 143.4 × 70.8 × 6.9mm, using fifth-generation Corning Gorilla Glass coverage for surface and supporting fingerprint recognition, Force Touch pressure touch technology and Samsung Pay. For configuration, Samsung Galaxy S7 will go with 5.1 inches Super AMOLED display which is 2K resolution. Galaxy S7 will own two different versions - Qualcomm Snapdragon 820 Processor and Samsung Exynos 8890, and the others like the phone memory is 4GB, body storage space of up to 128GB, supporting SD card expansion will be same. The systems will run the depth of customization based on Android 6.0 TouchWiz UI.

Samsung S7 rear 20 million pixel camera, equipped with color temperature flash, phase-focus, optical image stabilization, touch focus, face recognition and more other functions. The battery of it also supports Qualcomm's next-generation fast-charging technology Quick Charge 3.0. Only 30 minutes, the battery can be charged 83%. Well, if you want to charge the battery with wireless charging, it can do that, too!

Samsung S7 exposure time to market without exact Price, but its predecessor – Samsung Galaxy S6 can be as a reference in market price.