OBS Recording Location: Where Does OBS Save Recordings

Streamlabs Open Broadcast Software (OBS) is mainly used for live broadcasting to platforms like Twitch, YouTube Live, and Mixer, while many people look over its useful feature which is automatically recording live transmission as video files in your PC. Also, OBS can be used to record screen on the computer to make demonstration videos, tutorials and more.

When recording computer screen or live streaming with OSB, some users said they cannot find the location where OBS saves the recordings. This tutorial will show you where to find OSB recording and how to change the OBS recording location.

Where Does OBS Screen Recordings Goes?

After finishing the recording desktop with OBS, you can find recorded videos and edit the OBS recording in whatever way you like. By default, screen recordings are stored in the location where OBS is installed.

If you do not know where the installation path is, you can click File on the top menu bar and choose Show Recordings, and all the screen recordings on OBS are presented. 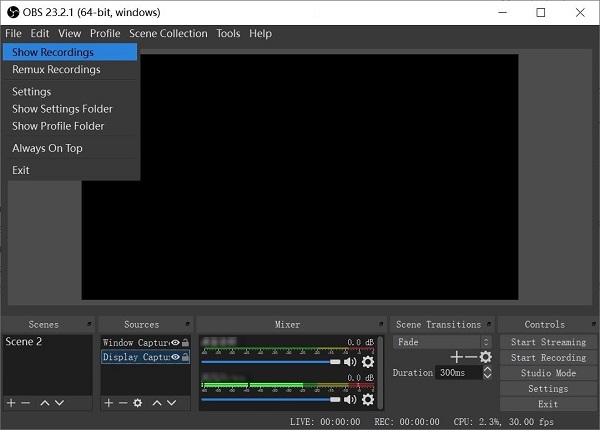 Tip: If OBS Won't Save Your Recording
If you still cannot find the screen recording or OBS can not record the computer screen properly, you can try a much more e1asy-to-use screen recorder, FonePaw Screen Recorder, which can start the recording of desktop, applications, games on PC/Mac in one click. its powerful features enable it to record both PC screen as well as the webcam, system/microphone audio and save a video in different formats. Below are steps to use it:

Launch FonePaw Screen Recorder and you will see a clear and concise interface. The three simple icons on it can enable you to quick-start the 3 main functions. They are respectively Video Recorder, Audio Recorder, and Snapshot.

Click the Video Recorder icon on the main interface of FonePaw Screen Recorder.

In the Video Recorder, you can choose the recording area by adjusting the light-blue-dashed-line rectangle. Or you can click the arrow-down icon in Display to choose to record full screen or custom screen. In addition, you can decide whether to record your voice via the microphone button, whether to include system sound and webcam. 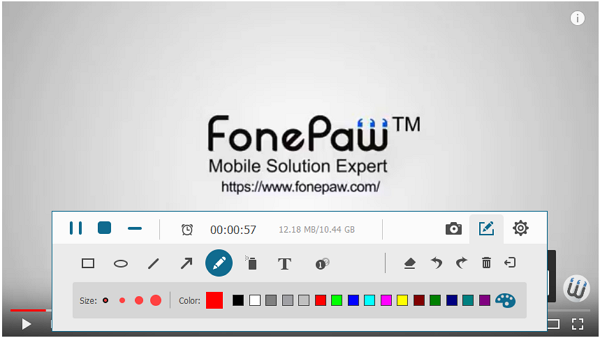 After all the setting, start your live stream and you can then hit the orange button (REC) on the right. During the recording, click the pen icon on the control panel enables you to add words, arrows, marks and numerical index on the screen.

Where Does OBS Studio Save the Streaming Recording?

In OBS, screen recording will not be automatically turned on when starting a live stream. To recording your live streaming video, you need to click Start Recording after clicking Starting streaming. 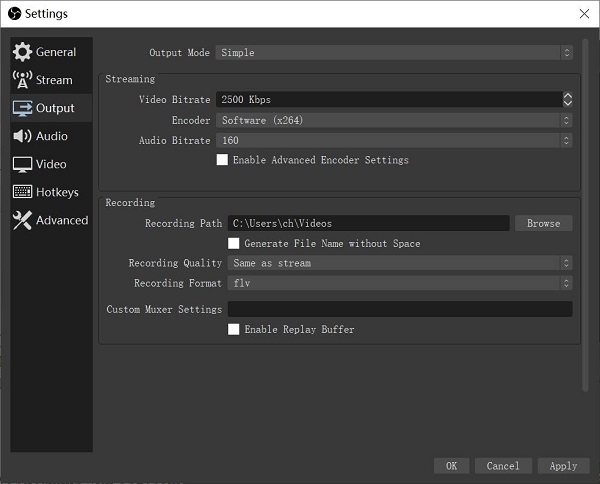 How to Record Without Background Noise in OBS?

Krisp is a noise-canceling app which completely removes background noises while recording podcasts or video interviews on OBS.

The integrated HD voice maintains the best quality for your audio throughout the entire recording without requiring extra post-production editing. You won’t need a studio-like setup anymore as the tool prevents sound looping between your speaker and the mic while also canceling room echoes.

You can also use it to automatically block surrounding noises on your real-time meetings, video recordings, or webinars on both ends of the conversation.

Using multiple apps simultaneously? You can use Krisp in a lower power mode if you want to reduce your CPU usage and save your battery’s power. And it works on any app that allows you to add Krisp as the audio source — OBS, Zoom, Audacity, Adobe Audition, and more included.

Once you have done with adjusting settings, click Apply on the bottom right corner and then click OK.
After the above steps, I believe you have already known how to find the location where OBS recordings are saved and how to adjust the recording settings.