iOS 11 and iPad Pro: Can It Replace a Laptop?

By FonePaw | Sep 28 , 2017
Recently, Apple had already announced iOS 11 with a host of new features that make it more capable than ever before, when the iPad Pro 10.5-inch was unveiled. Except for iPad 4, other new iPad all can update to iOS 11. The latest iOS 11 not only produces various functions to iPhones but also brings revolutionary changes to iPads, which greatly achieve a milestone leap. Let's pay attention to these new features one by one. 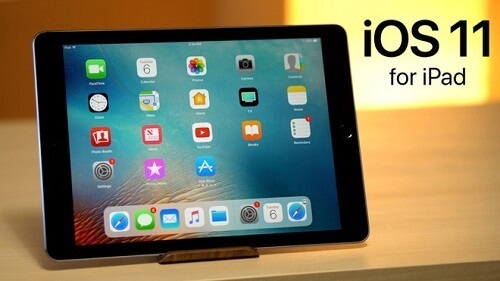 The first and most essential change of iOS 11 on iPad is the Dock. Now, you can add up to 15 apps at least to the Dock in iOS 11, with suggested Hand-off apps appearing on the right, which makes iPad's Dock much like that on macOS. Moreover, more icons widget in Dock can provide a faster access to applications for professional users. 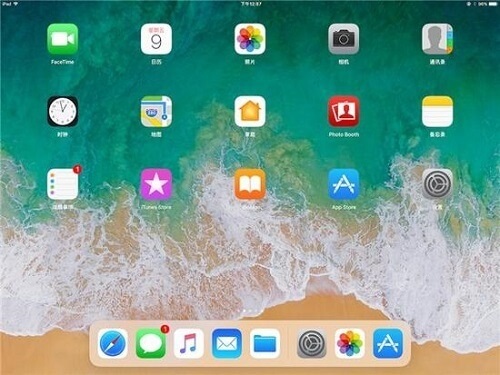 To our delight, Apple has added Files app on iOS 11. This function can be considered as an extended version of iCould Drive in iOS 10, but it only can visit files of the third party cloud disks. Though Files doesn't allow users to access directly those data of storing in iPad, it is a good choice to be a virtual management center. At the same time, Files also supports Tags that can add colors for a folder or documents. You can classify your files as Work, Home, Important, etc. by marking different colors according to your requirements. This function is similar to the Finder Tags function of macOS. 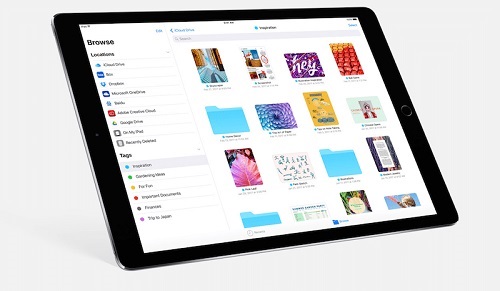 Another thing we missed quite a bit is the ability to carry on multitasking management. The multitasking function of iPad has been extended in iOS 11. Users can drag applications from the Dock or Home screen to create Split View and Slide Over apps, and swipe from the right edge to reveal your last Slide Over app. Therefore, you can operate several apps at the same time to work easily on iPad now. For example, you can write a blog article on the left side, and search the materials on the right side, being so handy. With the help of such a multitasking function, you can watch the movie and chat with your friends simultaneously, which is so fantastic. 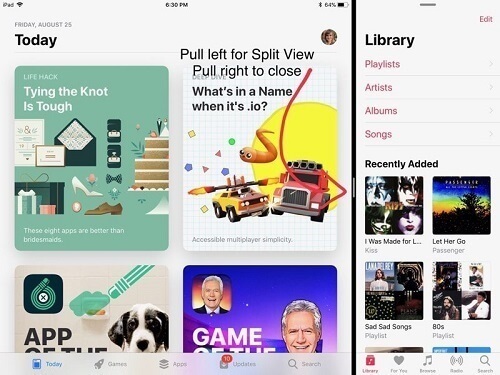 Drag-and-drop functionality is another one of the top features of iOS 11 on iPad. It can simplify the data transfer between two applications. So users only need to open two apps on one screen and operate them. You can search the content of an application and then drag and drop to another app. The content will be added to the app automatically. Plentiful contents can be dragged and dropped in iOS 11 iPad, like photos, messages, and video, etc. For instance, you can also select multiple photos and messages and drop them into another app, rather than store the data in advance and then send them to the other app. 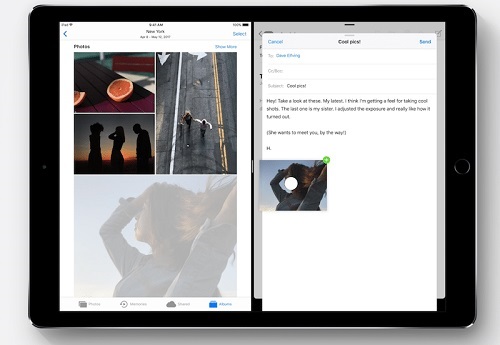 Apple Pencil for iPad Pro is a magic wand. The iPad Pro can be even more productive when it is equipped with Apple Pencil. According to Apple, "the versatile Apple Pencil is the best tool to reach for when you need pixel-perfect precision. Users can adopt it to jot down thoughts, draft a schematic, or paint a watercolor". For example, you can take an instant note with the little pencil without unlocking your iPad. When an idea just pops up in your mind, tap the screen of your iPad, it will automatically open the Notes app and you can then take down your note. 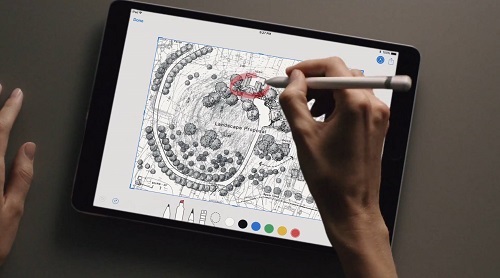 Ultimately, another one of the most notable is the Notes of iOS 11, which have added document-scanning functionality. Users can use the camera to "scan" paper documents. To scan a document, you enter a note and tap the plus button at the bottom of the screen, and then choose Scan Documents. The document scanner can detect manuscripts automatically, and then scan, modify edges, adapt the slanting angle, and take the shot for you. You can scan multiple pages within a single document. If you need to six-page papers, you can scan each page, and store them into a note. 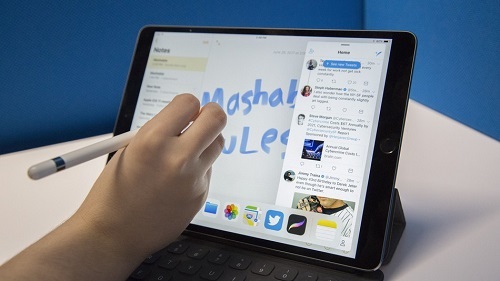 What's more, you can open the note at full size, and save it out as a PDF, to share it with your friends, or use Apple Pencil to annotate it. That means users can scan a document, sign it and then share the signed PDF to anyone.

Since iOS 11 has changed dramatically for iPad, we may wonder whether the iPad can replace the laptop for work in our daily life? This question is thought-provoking. Do you have any ideas about it? Welcome to share your ideas with us. Let's see and expect the miracle of iPad!