Facebook-owned instant messenger service WhatsApp is one of the fastest growing social networks on the planet. To keep up with the growing demands of its millions of users, the app frequently receives updates to add new features. This time, we will introduce three main brand-new features, including recalling WhatsApp messages, sending multiple contacts and using bold, italics and strikethrough in WhatsApp messages. Besides, we will explain how to join beta program and when the official update will roll out.

Facebook-owned WhatsApp is reportedly testing a new feature which will allow users to "unsend" messages that they have sent to any of their contacts within a maximum time frame of five minutes. While there is no official confirmation, reports suggest that the new WhatsApp "message unsend" feature is being tested in a new beta version of WhatsApp Web.

In the beta version, WhatsApp has also made it easy for people to format text by providing options like Bold, Italic and Strikethrough. With this, you will no longer need to put asterisks, underscore or tildes to format chats. This update is expected to open to all very soon.

Feature 2. Allows Sending of Multiple Contacts
The interesting and cool thing about the new WhatsApp beta update for Android is that you can now send multiple contacts at once to the same person. This new multiple contacts feature has been made available on the Android beta version 2.17.123. You will also be able to send your contacts to multiple people and not just one person. 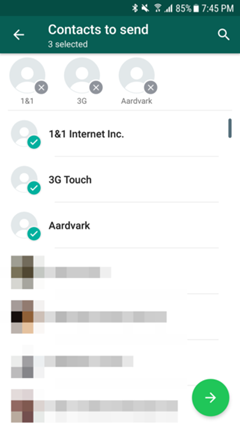 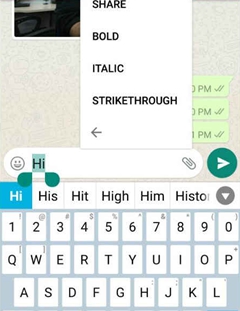 The news comes as WhatsApp also introduced the ability to embed a previous text in your reply, like a Quote-Tweet on Twitter, and forward content to other conversations.

WhatsApp has also finally added support for GIFs within the chat app.

It's not immediately obvious how to access the new options since the app does not include them in the small selection menu you can access by pressing and holding on a word in iOS.

• Bold: Add an asterisk (*) before and after the specific words or phrases you want to embolden e.g. *hello*

• Italics: Add an underscore (_) before and after your chosen words or phrases e.g. _hello_

• Strikethrough: Add a tilde (~) before and after the words or phrases you want to strike a line through e.g. ~hello~

How to Get WhatsApp Beta on Google Play
You can join WhatsApp Beta Program and become part of the beta program on Android. To achieve this goal, you just need to sign up for the beta testing opportunity:

-First, open up Google Play Store.
-Find WhatsApp and then go all the way down until you see the option to sign up as a beta tester. Click on yes and then you will quickly be enrolled.
-It might take up to an hour or so before you become accepted into the WhatsApp beta testing program. 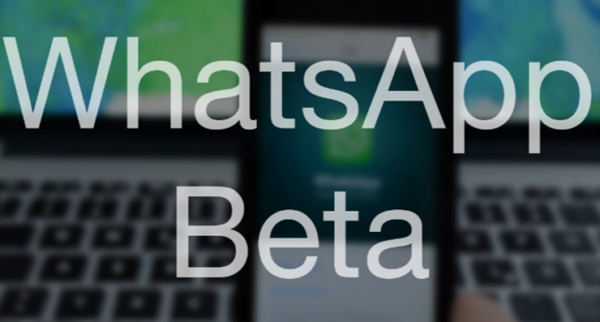 I have tried so many hackers but they all failed, I am really glad I was able to work with lADYPAMY15 AT GMAIL and found out my husband was cheating

I have tried so many hackers but they all failed, I am really glad I was able to work with HACKERSUSAN78 AT GMAIL and found out my husband was cheating