Apple has released Move to iOS, its first Android app ever. The tool helps you transfer essential data from Android phones running version 4.0 and up to newer iPhones, iPods, and iPads running iOS 9. If you are going to switch from Android to iPhone and use Move to iOS app to transfer Android files to iPhone, you are advised to read this post carefully to understand what Move to iOS can do for you and what it cannot.

To move from Android to iOS easily, all you need is an Android device running at least Android 4.0, your new iOS device, and the Move to iOS app, which comes with the iOS 9 update (iPhone 6s and 6s Plus users, and iPad Pro users, will already have this app on their device).

2. What Move to iOS Transfers

Note: You may have noticed that apps aren't all included in the list. That’s because not all Android apps have an iOS counterpart, and apps that do have respective versions for both platforms have their own ways to port data.

3. The App Only Works if you're Setting up your iPhone or iPad as a New Device

Perhaps the most disappointing facet of the Move to iOS app is that it only works when you’re setting up your iOS device for the first time, either out-of-the-box or following a factory reset.

4. How to Transfer files from Android to iPhone with Move to iOS App

Download the Move to iOS app, which works on tablets and smartphones running Android 4.0 and above. Then, open the app and tap Continue. Read the terms and conditions that appear. Tap Agree to continue, then tap Next in the top-right corner of the Find Your Code screen. 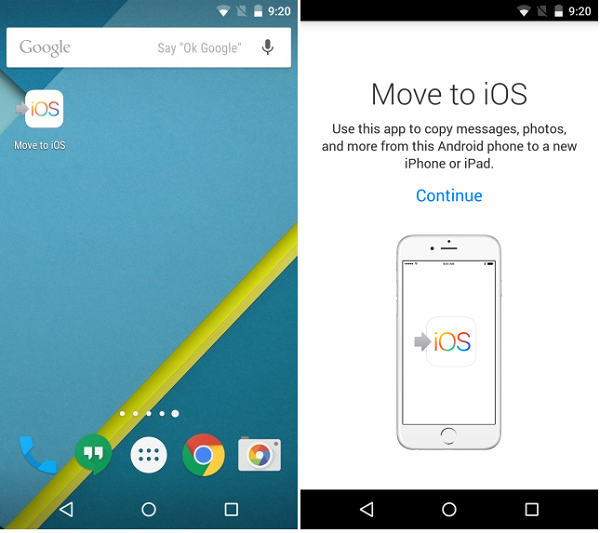 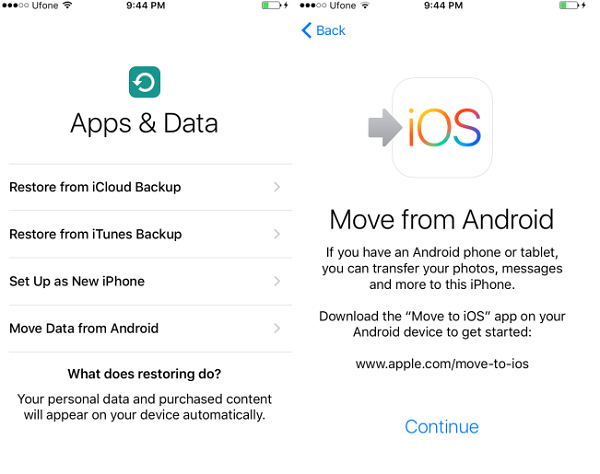 Note: If you've already finished setup, you'll have to restore your device to factory settings and start over. If you don't want to erase, just transfer Android files to iPhone manually.

On your iPhone (left screenshot), you will be see a code that you need to enter on your Android device (right screenshot) in the Move to iOS app. 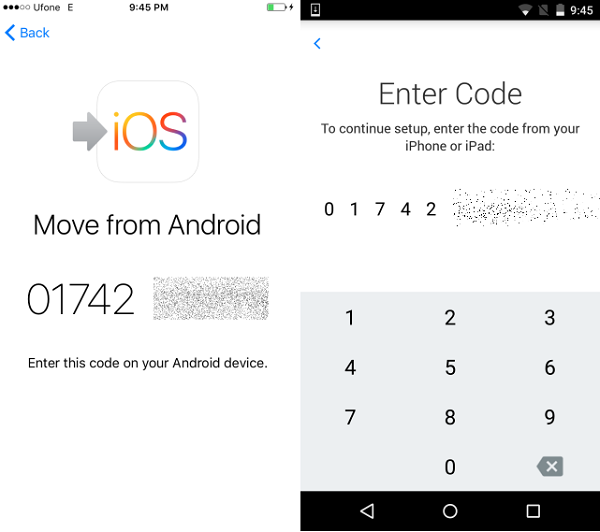 On your Android device, select the content you'd like to transfer and tap Next. Then leave both devices alone until the loading bar that appears on your iOS device finishes—even if your Android indicates that the process is complete. 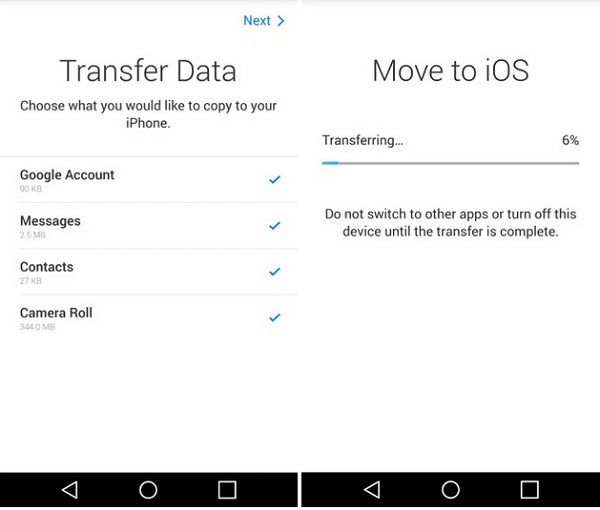 Step 5. Set up your iOS device

Most Android devices have larger storage capacity than iOS devices thanks to removable microSD cards. What Apple fails to address with this app is what happens when you’re switching and the storage of your Apple device becomes full?

FonePaw Mobile Transfer software also provide a ultimate solution for Android users to switch to iOS. Simply open the program on your computer, connect both iPhone and Android to the PC and click "Start Transfer". Photos, music, videos, contacts and more files will be moved to your iPhone. By using this program, you neither need a completely new iPhone nor restore your iPhone to factory settings. Just have a try.