Samsung Galaxy Note 8, Samsung's flagship in the second half of the year, is unveiled. Considering the Galaxy Note 7's tragedy last year, people are curious about this new phablet: what is Galaxy Note 8 like? Will it catch on fire again? How much does the Note 8 cost? All your questions about Note 8 can be answered here. We'll cover everything you need to know about Samsung Galaxy Note 8.

People don't expect much about Galaxy Note 8, as long as it is safe and doesn't catch fire. The Galaxy Note 8 has a 3,300 mAh battery, which is smaller than 3,500 mAh on S8. Since the explosion of Note 7, Samsung started a new battery safety policy, which, according to Samsung, has some of the world's most reliable lithium-ion batteries. As S8 has been working great so far, I guess we could be optimistic about battery safety on Note 8. 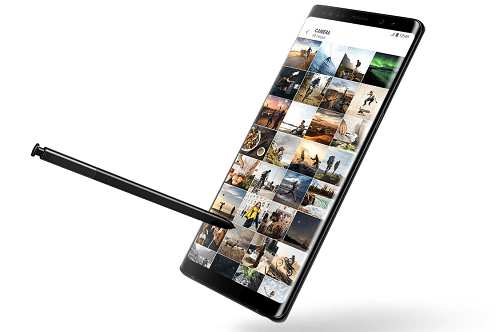 Since the release of the first Galaxy Note phone in 2012, the Note series smartphones have been known as "phablet", featuring a bigger screen. And Galaxy Note 8 is no exception. As Samsung Galaxy S8 released earlier this year comes with a 6.2-inch screen, Note 8 is a little bit larger - with a 6.3-inch 1440 x 2960 Super AMOLED display. Note 8 also adopts 'Infinity Display', the bezel-free 18.5:9 display that Samsung touted on the Galaxy S8. And on Note 8, Samsung even take it further by maximizing the screen-to-body ratio. So basically, Note 8 has the same screen as S8, only with a bigger size. 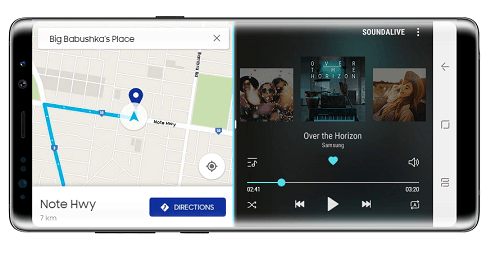 Galaxy Note 8 looks a lot like Galaxy S8 Plus, only larger and with the addition of a second camera on the rear and a slot for the S-Pen on the bottom. Like S8, Note 8 removes the physical home button and replace it with a virtual one, featuring a pressure-sensitive screen. In S8, the fingerprint sensor is placed awkwardly next to the phone's rear camera, which has been widely criticized. It is disappointing that Samsung continues to use the same designing on Note 8.

Galaxy Note 8 has two 12MP sensors, with a wide-angle lens featuring a f/1.7 aperture and a f/2.4 aperture telephoto lens capable of 2x optical zoom. Dual Camera has been seen on iPhone 7 Plus, LG G6, Huawei P10 while Samsung didn't add this feature to its smartphone until Galaxy Note 8. And both the lens on Note 8 will be equipped with optical image stabilization, which is an improvement over the iPhone 7 Plus. Note 8 also make changes on its camera app, adding portrait mode, Dual Capture mode to the app.

Galaxy Note 8 will be on store in September 15th. And Preorders begin tomorrow on all the major US carriers. As the Samsung latest high-end model, the Note 8 is undoubtedly expensive, starting at $930 (roughly €788/£727/AU$1176) for 64GB.