Android 7.0：What is the Highlight?

Android 7.0 is finally officially released. Right after the official version is unveiled, it is rolling out to some of the Nexus devices, including:

If your phone is one of the above Nexus models, congratulation, you can now have the first taste of Android Nougat by getting the official OTA. If not, wait and see if your manufacturer is updating your phone to the newest version. Before that, you probably want to know what's new in Android 7.0.

I beg you have been quite familiar with the Android 7 new features, such as VR mode, multi-window mode, if not, click here to learn more. In this post, we're going to focus on the hidden highlights of Android 7 that you may not notice. 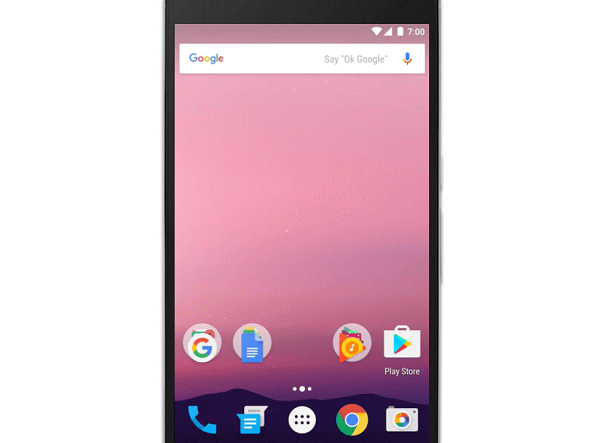 When users turn on Data Saver mode, apps in the background are prevented from processing cellular data, moreover, developers can detect whether your phone is on this mode and enable their apps to consume less data even when they're actively being used. Of course, you may want to let certain apps freely use the mobile data under Data Saver mode. If so, you can always turn these apps on in the "Unrestricted data access" list.

You can activate Data Saver mode in quick settings under the notification shade or find the option under "Settings" > "Data usage". 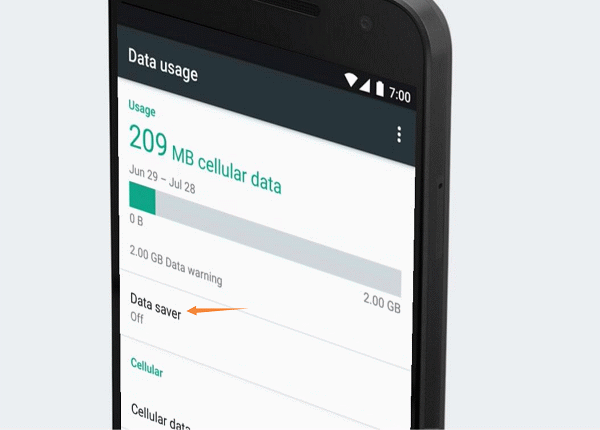 Android Marshmallow has introduced Doze mode to save phone battery. In Nougat, Doze mode gets a serious update. Compared with the older version, the new Doze begins to work in a shorter period of time after your screen has been off, even if the phone is moving.

Moreover, it has two level of Doze. If the phone has been off for a while, it will just shut off network access. And a deeper level of Doze happens when the device is off as well as motionless, it will shut off wakelocks, GPS services, wifi scans and defers alarms, syncs and jobs of the apps.

Of course, you can set up certain apps to always stay awake. Go go "Settings" >"Battery optimization">"All apps", where you see all the apps affected by Doze. Tap it and select "Don't optimize"if you want to change the setting.

Android 7.0 brings the improved version of the ART (Android Runtime), which significantly increases the speed of app installs and system updates. Large apps that required several minutes to optimize and install in Android 6.0 can now install in just a matter of seconds. System updates on Android are now downloaded and installed in the background, so it should be much more seamless. Also, Google is promising more regular updates, rolling out security patches on a monthly basis.

Developers might be more concerned about this change. The private directory of apps targeting Android 7.0 or higher is restricted access from other apps. This will prevent the metadata of private files, such as their size or existence, from being leaked out, thus improve the security of private files.

1.On "Settings", select About phone, tap on Android version 3 times;

2.Tap big "N" a few times and long press it until a cat emoji to appear below the "N". There you have enabled the game.

3. On notification panel, find the "Android Easter Egg" button and drag it up to add to your current tiles.

The game is quite simple, you feed the cats with four kinds of foods: bits, fish, chicken, or treat when a empty dish appears. If a cat comes up for the food, there will be the notification "A cat is here" from Android Neko. You can view your cat collection on the cat notification, rename the cats, share your collections to other apps. 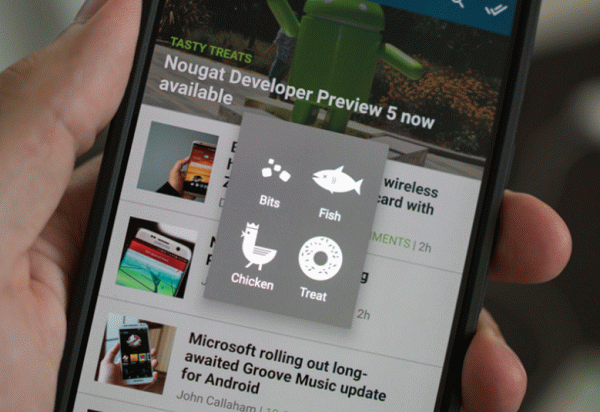