Google officially launched its new video calling app Duo on August 16, and the app has amassed 5 million downloads in the Google Play Store in just one week after launching. We would expect the kind of popularity from Android users, but what about iPhone users? Video call app is not a new concept. FaceTime has been widely used by iOS users to make video call over Wi-Fi or cellular connection. So what's new about this Google Duo? Does it worth a try for iPhone users? 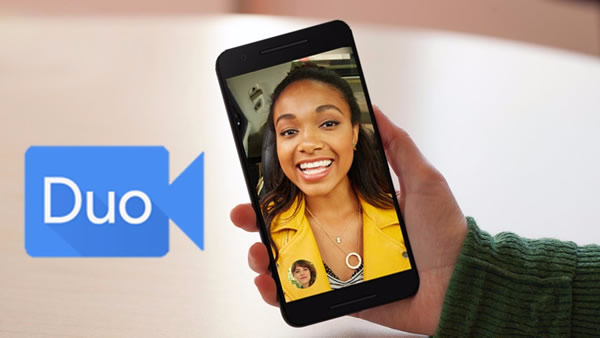 As a video call app, Google Duo is much like its rivals, such as Apple's FaceTime, Microsoft's Skype and Facebook's Messenger app, enabling users to make video call via Wi-Fi or cellular data, except that it is faster, simpler and cross-platform.

--Fast: One of the worst experience that we could have during a video call is connection failure or when video gets choppy. Google has made great effort in improving this network problem. The company claimed that Duo is built to be fast and reliable, enabling video calls to connect quickly and smoothly even on slower networks. The fast connection is achieved in two methods: reducing the resolution to keep the call going smoothly; switching between Wi-Fi and cellular data automatically without dropping the call. It is probably the fastest video calling app currently. 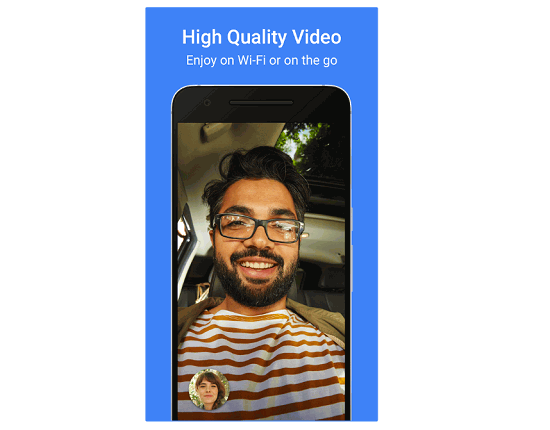 --Simple: Compared with FaceTime, Messenger, Google Duo is much simpler. It doesn't support text message service, group chat or other fancy features. Users can only use the app to make video calls. Its simplicity can be told by its super simple full-screen interface: a Video call button, an overflow menu on the top right and nothing more. Tap on Video call, you'll see a list of your contacts with Duo already installed, followed by those who don't have it yet but can be invited. Tap on a contact and you're instantly calling them. If you've made a couple of calls, the bottom overlay will display the pictures of your most recent contacts. 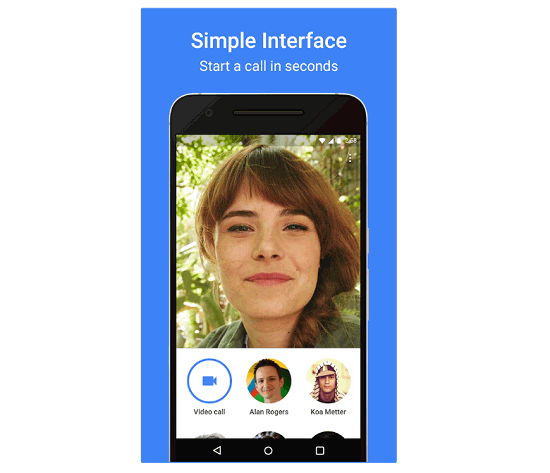 --Knock Knock Feature: Duo is dedicated to "take the complexity out of video calling", but it doesn't means that it brings nothing new. Knock Knock feature, the only new feature Duo has, lets you see live video of your caller before answering, which will give you a few seconds to think about what the incoming call is up to. This is pretty awesome, right? 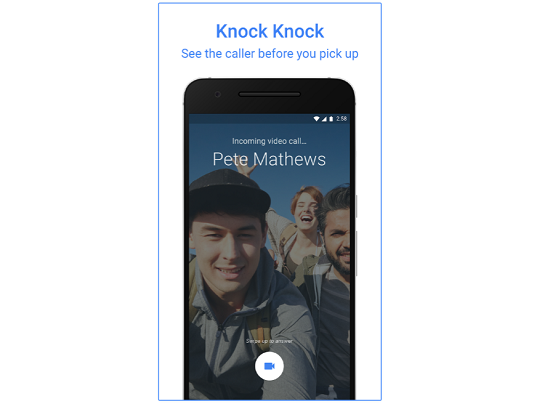 --Cross-platform: Unlike FaceTime which is only for iOS devices, Google Duo is available in both iOS and Android versions. After users has registered with phone numbers, they can make video calls across smartphones based on two different operation systems. 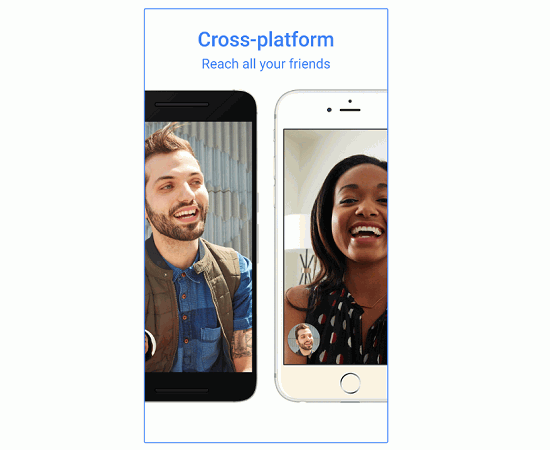 Google Duo is now available in all countries for free download. So if you find this app useful, you can open App Store on your iPhone (Google Play Store for Android users), search Google Duo and tap Get > Install to install the app in your iPhone.