Released on WWDC 2017, HomePod, Apple's smart speaker in response to Google Home and Amazon Echo, is designed to "reinvent home music". Is HomePod really an revolution to smart speakers like Apple said? You'll have your own judgement after reading this post. 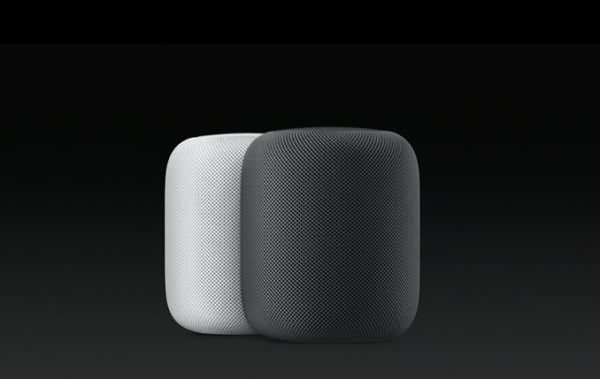 Sound Quality & Specs: It is All About Music

In the design of HomePod, sound quaility comes first. The Siri speaker is integrated with advanced audio technology inside its 6.8-inch high body to ensure the best music experience as possible.

At the bottom, there's an seven-tweeter array with each beamforming tweeter befitting with an individual driver, which helps to create "an immersive sense of space" that allows you to enjoy amazing sound no matter where you are in the room. Above the tweeters, there comes a six-microphone array to receive your commands to Siri responsively even with loud music playing. And for playing deep bass, the speaker is equipped with a high-excursion woofer with a custom amplifier on the top of the microphones. And By applying an advanced algorithm, the speaker can also change low frequencies to smooth, distortion-free sound. 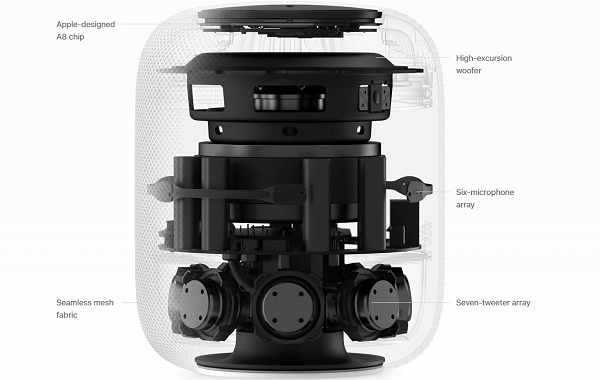 HomePod also owes its high audio quality to its Apple-designed A8 chip. The chip, which was used in iPhone 6, seems too powerful for a speaker. And thanks to this powerful brain, HomePod can bring a better music playing experience with these features: playing stream music without buffering, delivering upmixing music of both direct and ambient audio, applying echo cancellation, making microphone to hear your commands over music, and modeling of the woofer mechanics.

Siri Inside: It is More Than Just Music

With Siri, HomePod can do more than just playing music. Here are some examples of using Siri in HomePod. 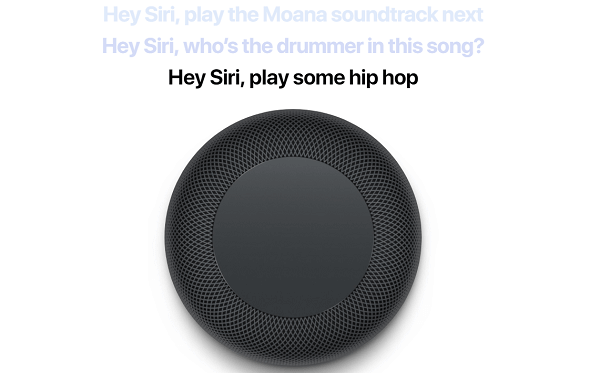 And with your privacy in mind, HomePod won't listen to any of your conversation unless you say the word "Hey Siri." And the communication between HomePod and Apple servers are protected by anonymous ID and encryption.

HomePod will be released on December. And its price is $349. Despite of its high audio quality, its expensive price and lack of support for third-party music service like Spotify may daunt some of the customers. If you plan to get a new speaker, maybe you should compare HomePod with its competitors - Google Home and Amazon Echo first.