On April 3rd, 1973, Marty Cooper, an engineer of Motorola company, took a 9-inch-long and 5-inch-thick 'brick' weighing 2.5 pounds to the street and displayed to pedestrians. Actually, that so-called 'brick' is Dyna TAC, the world's first cell phone produced by Motorola. At the moment he pressed the Off-hook button, he made the very first phone call to Bell Laboratory. The first technical mobile phone was born.

As a matter of fact, the very first phone call was making to Joel Engel, the major rival of Motorola. "Hello, Joel. It's Marty speaking. I am calling you with a mobile phone, a real portable mobile phone!" Reputedly, Joel Engel was dedicating to inventing cell phones at the same time, but failed.

However, technological products are easily going wrong when new. So are this brick. Dyna TAC takes 10 hours to be full charged but allows user to make a only 20 -minute-long call. It has no screen as well. What's more, we can generalize its functions in three words, say, Dial, Speak, and Listen.

After the development for a decade, Dyna TAC finally came to mass production in the late 1970s, which was selling for nearly 4000 dollars in 1983 with 1G service offered by Ameritech in Chicago. 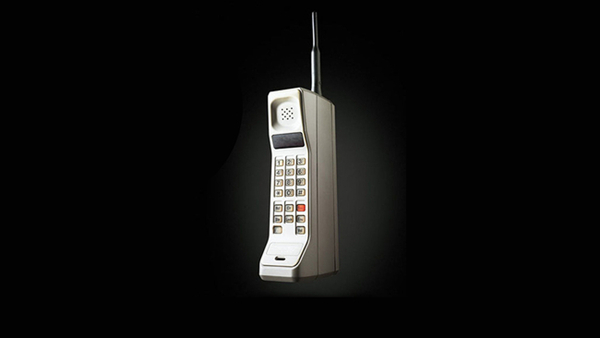 On the other hand, mobile phone was no longer new to the public in 1983. Early before 1940, Bell Laboratory tried to invent a movable phone, which was too big to carry. What's more, AT&T tried the same either, who developed a wireless mobile phone in around 1960s. Users can install the phone in a truck using radio apparatus to transmit signals.

The development of mobile phone gained great momentum during that period. Japanese built up 23 base stations to realize the complete coverage of mobile phone networks in Tokyo. Two years later, countries like Finland, Norway, Sweden and Denmark were all covered by communication networks. Since then, Finland has become the center of technological innovation for mobile phones. Moreover, Finns released the world's first 2G network which lasts long until 3G network showed up in 2001.

Cooper once claimed that people are born to be mobile and people need wireless life, which will lead to a revolution. As is proved now by those inventions such as phones, pads and laptops, our life does change a lot and becomes more exciting.