With all iPhone 6s and iPhone 6s Plus finding their way into user's hands and with tens of millions users have gotten an iPhone 6s, it is time to show you the hidden features that should help you have a better experience using your iPhone 6s.

1. Set a Live Photo as your Lock Screen Image

The first thing you should do when got a new iPhone may set a live photo as your lock screen image since "Live Photos" is one of the biggest features of iPhone 6s.

To set a live photo as your lock screen image, simply open Camera Roll, view the Live Photo, and tap the Share icon. On the bottom row, swipe left until you see Use as wallpaper. Now all you need to do is force the screen to animate the image.

Proactive is a big introduction to iOS 9 and let the operating system "remember" your habits including the apps you use most frequently, people you call and even how you reply to text messages.

So open Messages app, press down on a text thread then swipe up and you will see a list of pre-written replies like "yes", "no", "thanks", "maybe", etc.

With the new 3D Touch technology in iPhone 6s and iPhone 6s Plus, users can make darker strokes in Notes simply. In Sketch mode, just press the display with more pressure and you can create darker strokes or erase a large area.

4. Turn the Keyboard into a Trackpad

We are all there where we've misspelt a single letter of a word and tried to insert the cursor mid-word to edit it but failed many times till we delete the word and re-write it.

There's no need to do that anymore as you are able to press down on the keyboard to turn it into a trackpad and move the cursor around. 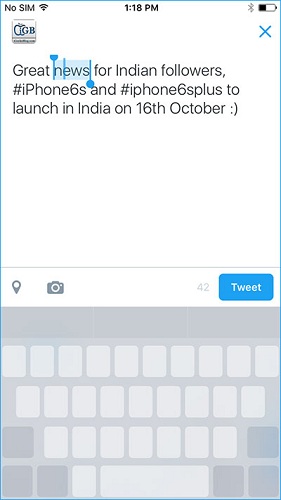 5. Preview Safari Links without Opening Them

In Safari, Messages, Notes, or Mail, you can press down on any link to preview it without needing to open the link. This feature can also be used in some third-party apps such as WhatsApp, Facebook and Skype.

6. Peek at a Location without Opening the Maps App

If someone sent you an address via a text message or email, you usually have to tap on it and open the Maps app for more information. Now you can simply soft press and a popup will appear of the location.

7. Activate Siri with your Voice
One of the most delightful additions to the 6S is being able to say "Hey Siri" without having your phone plugged in. With iPhone 6s, you can "train" Siri to recognize only your voice, allowing you to activate Siri from anywhere simply by saying "Hey Siri". You can set this up by going to Settings > General > Siri > enable Hey Siri.

If you can't find your phone, you'll be able to just say "Hey Siri, where are you!" 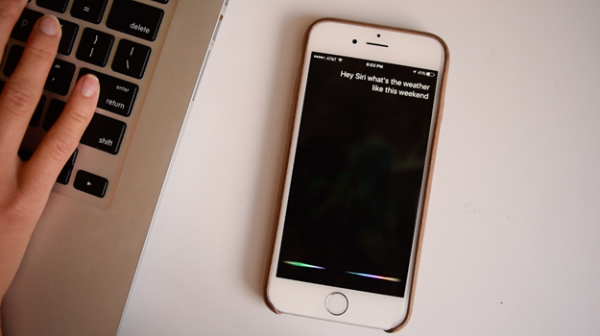 The multitasking menu in iPhone 6s can be accessed by pressing the left side of the screen, and a swipe over pans between app cards. All in all, you may have found that as long as you press the display on your iPhone 6s or 6s Plus, you may get surprise.