Although it has only been a year since VR technology became a widespread, rising trend around the world, multiple VR products have been on the market: HTC Vive, Oculus Rift, PlayStation VR, Google Cardboard, Samsung Gear VR, among which HTC Vive is the most expensive yet the best VR at present. What make HTC Vive the leader of this industry currently? This post is going to give you the answer.

Released on April 5, 2016 by HTC and Valve Corporation, HTC Vive stands out with "room scale VR", allowing users to not just look around a virtual environment but walk around and interact with objects in the virtual space, thus giving a fully immersive experience to the users. This is the most significant point that sets HTC Vive apart from its peers. Let's dig into the details to learn about this VR handset.

Every HTC Vive unit is composed of a Vive headset unit, two controllers, two base stations, a link box to connect the headset with your PC, USB cables, power cables and other accessories, such as wide face cushion, narrow nose rest. With more than 20 accessories, it is kinds of complicated to set up the device. Thankfully HTC has comprehensive setup tutorials for users to follow.

Since HTC Vive provides Room Scale VR, users will also need at least 2 meter x 1.5 meter room as the play area to set up the base stations (The maximum distance supported between the two base stations is 5m). Besides, computer must meet the minimum system requirement of Vive:

Overall, HTC Vive is a set of high-end devices that are a little bit complicated. But that's understandable since when PC or cell phone first came out, they were not as simple, handy as they are today.

With indicator, cameras and all kinds of senors in one headset, currently we can't expect Vive headset to be light and easy, but HTC has tried to make it comfortable to wear as much as possible. It covers the edges of the handset with soft, memory foam material to avoid skin irritation and has a supported head strap to take some weight off from users' front face. Also there are adjustable Velcro straps, face cushions, narrow nose rest to fix different head and face shapes. 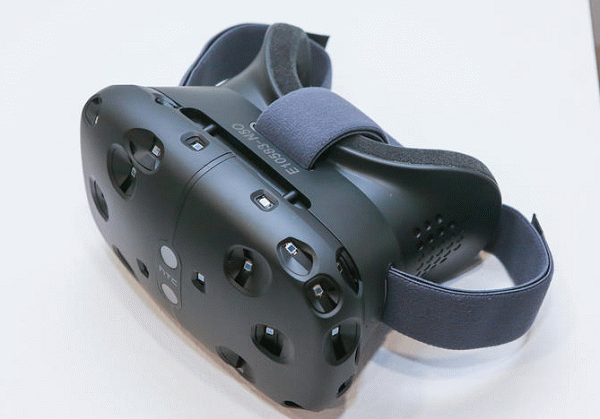 Vive is equipped with OLED display, offering 1,080 x 1,200-pixel resolution for each eye with 90Hz refresh rates, which provides a smooth graphic experience while effectively reduces the VR sickness that players might encounter with after hours of use. 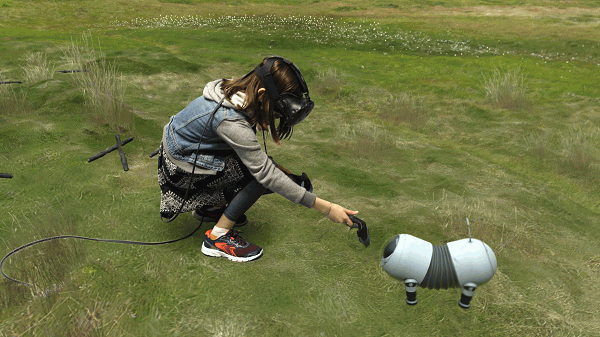 For users wearing glasses, they can adjust focus length by rotating the knobs on the two sides of the Vive headset. Moreover, they may get the clearest view by adjusting the knob for IPD (interpupillary distance) on the headset.

Surpassed its biggest rival, Oculus Rift, Vive is outfitted with front facing camera that enables the user to see real-world objects while they are in VR. This could solve the problem of keeping users safe from the objects that may block their way when they are immersing in the virtual world.

Without interesting games or videos, Vive is nothing but a pair of special glasses to ordinary users. Vive's developers certainly are aware of the importance of content. Now in Valve Corporation's Steam store, VR games and videos is growing fast with 589 VR games available. The number nearly triples that of April when Vive is firstly released. A industry report on August shows that 49 percent of VR developers are targeting the Vive, while 43 percent are writing software for the Oculus Rift. So we could expect more VR contents will be available for Vive users. 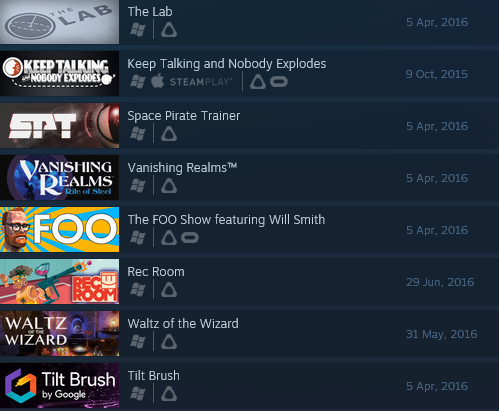 One of the biggest challenge for VR industry is to achieve wireless operation, getting rid of the limitation of various cables. As the leader of this industry, HTC Vive is working on the problem with Quark VR. There is rumor that a wireless VR headset prototype based on the HTC Vive might be unveiled this year.

Currently, HTC Vive is no doubt the best in the industry, but it comes with a pretty high price. Its final price is set at $799 (Let’s not forget the cost for compatible computer if HTC Vive can not run on your computer.) So if you have the budget, HTC Vive will be a perfect choice for you to try VR.

Wow, VR technology is changing the game for gamers. Having VR technology on top of new, exciting gaming content is a great form of customer segmentation and an amazing way to keep target customers happy.

I got tangled up on the vive's cords again, and its the third time this week. I'm sick and tired of this happening. Can someone please tell me how I can avoid this?

The same problem has happen to many users. There is a video that could be helpful on teaching you how to organize the cords using clips, click here to watch

Hey Tony, I feel your pain. I used to have the same problem. Someone suggested that I tape the wires down, and it helped me a bit. But, if you’re looking for a more permanent solution I saw some hardware you can buy… One is a little chunky and might be a bit heavy…. And a kill joy if you ask me… here are the links http://www.xmg.gg/xmg-walker/ and http://www.immrobotics.com/