"I downloaded some Amazon Prime music on my Android. But now I'm not able to locate it. Where can I find the music on the phone?"
"After I download a video from Amazon I just cannot find the video file on my phone. Where is it?"

Since Amazon allows users to download videos, movies, and music with Amazon Prime, more and more people start downloading their favorite Amazon videos and music on their phones. But due to the strict protection of the digital resources, those downloaded videos and music are only accessible to the official Amazon apps, such as Prime Video or Amazon Music app.

Some of the users may want to download videos from Amazon Prime or record Amazon Prime music files in order to save them to the computers or export them to other devices for watching and listening, but they are not sure where those Amazon media files download to Android phones.

Here we've concluded the methods of how to locate the downloaded Amazon videos and music on the Android phone. And if you would like to play Amazon Prime video on TV, here is also how to Chromecast Amazon video from Android to the TV.  Moreover, there is a clever trick of saving Amazon Prime Music as MP3 files on the computer.

Everything we download from the webpage or apps will have a copy or leave cache on the phone's storage. Use either the default file manager app or a third-party one; follow the paths below to locate the downloaded Amazon videos or audios on your Android phone. 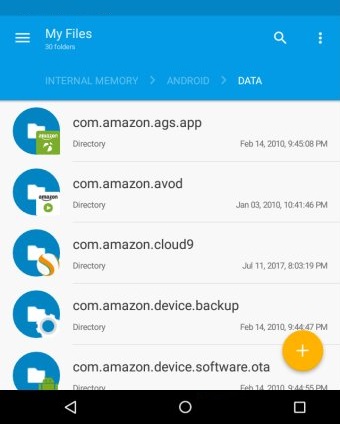 But unfortunately to tell you that, to protect copyright, the files you find under these folders are in a particular type of format that can only be read and opened by Amazon Prime apps. So it seems totally impossible to copy the original Prime video or music files and move them to other devices.

Although you cannot export the Amazon video file to other devices, you still can watch Prime videos on TV through Chromecast. All you need to do is just 3 simple steps.

Step 1. Get the Necessary Apps Ready
Download and install the Amazon Prime Video app and Google Home app (formerly as Chromecast app) on your phone. 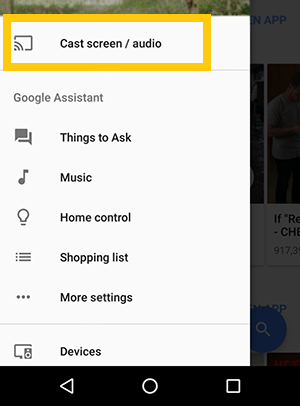 That's it! Now you can enjoy your favorite Amazon video on a larger screen through Chromecast.

So what about Amazon Prime Music? Since the downloaded music is stored in a special format on the phone which can only be played through the Amazon Music app, it's recommended to use FonePaw Screen Recorder to record the Amazon music and save it as an MP3 file. In this way, you can easily get the music file and export it to whatever music players or devices you want. FonePaw Screen Recorder can also record Amazon videos and save them as MP4, MOV, and more.

Any other good ideas to locate Amazon Prime video and music on Android phones? Leave a comment to let us know!