Best VR Headsets to Buy in 2016, Whatever your Budget

VR is coming overwhelmingly! If you still know nothing about VR, you will be totally outdated. Virtual reality is a computer technology that replicates an environment, real or imagined, and simulates a user's physical presence and environment to allow for user interaction. That sounds really awesome, right? As some renowned VR headsets have been released recently, clients are increasing having knowledge of VR. However, if you happen to be a fan of new technology or you are get ready to purchase a VR headset available in market, do you have an idea of which one to buy? Here is the buyer's guide. Check it out! 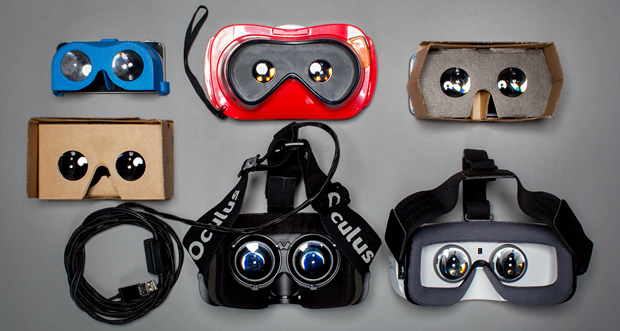 Since the release of Google Cardboard, many  people have experienced an early taste of virtual reality. Google Cardboard sticks to simplicity and having a simple design and a very favorable price, which is very suitable for those who have never used VR headsets before.

However, simplicity doesn't mean that it is a simple gadget. It still has many shining points. One can easily enjoy VR on his mobile phone through Google Cardboard. It has influenced VR market so deeply that companies launched all kinds of 'cardboard' products one after another after the release of Google Cardboard. It not only enables the increasing number of people to enjoy this new technology but also becomes a set-giveaway for various companies to popularize their products. For example, you may get a Cardboard to experience the latest VR news for subscribing to New York Time. However, due to its fair price, the experience of VR would be limited. It isn't attached to I/O devices, so many games can only be enjoyed as a video but 'real' life. What's more, users are unable to regulate the interpupillary distance so that they perhaps would be uncomfortable when watching videos. 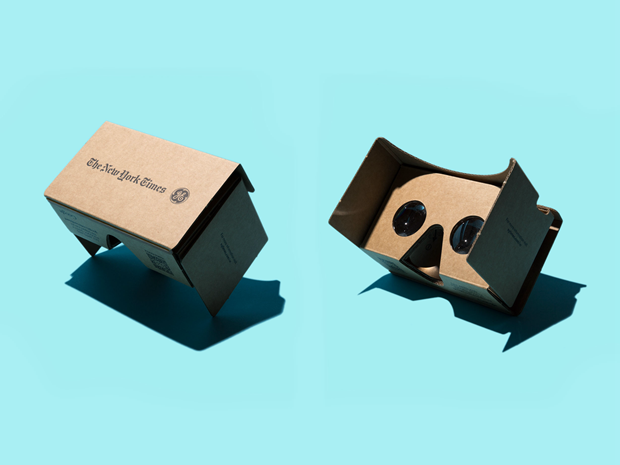 Most portable VR headsets support most of the mobile phones whlie Samsung Gear VR is a little bit unique, which is only compatible with its Galaxy flagship smartphones.

Actually, Gear VR and Google Cardboard have many things in common, such as the operation, technology and so on. The main difference is that Gear VR supports only Samsung smartphones. Meanwhile it is also one of its advantages. The operation experience and interaction between virtual reality and the real world have been improved a lot. Gear VR equips with many accessories as to create a more 'real' world, for example distance accessory which can test whether Gear VR is occupied or video stopped. There are some control buttons on the right side for the convenience to control smartphone without getting it out.

One thing that is worth mentioning is that Gear VR has engaged content that just keeps coming - this is only the beginning of what's possible with Gear VR. Gear VR has already supported much content. What's more, it's reported that some cinemas offer Gear VR to clients for experience of a VR movie. True 360° virtual reality will transport you to new worlds in a way you never imagine. How brilliant would it be sitting in cinemas and watching a VR movie! It cannot be more exiting! No wonder that Mark Zuckerberg, Facebook CEO, dubbed VR as one of the most social platforms of the future at Samsung Galaxy S7 launch.

Some Much Better Ones (Oculus Rift, HTC Vive, PlayStation VR)

Compared with these here, the VR headsets mentioned above could only be counted as toys for those newly come to virtual world. These are totally awesome and are thus truly expensive, which have made a breakthrough in the experience of interaction between two worlds.

Oculus Rift, HTC Vive and PlayStation all are equipped with a peripheral interactive controller. Oculus Rift has an external controller and a specialized camera that enables to capture user's movement while HTC Vive can track and capture your natural movement in virtual space when you're walking around indoor.

In fact, these three have similar technical specifications: an OLED screen and similar resolution.

Speaking of the shortcomings, we have to say that a better headset always works with a better hardware driver, a computer with high standard configuration or an advanced and specialized driver for VR. Therefore, they are normally prized with great figures. Oculus Rift is selling for $599, HTC Vive for $799 due to its more complicated technology, PlayStation VR for 399$. However, PlayStation 4 and camera are sold separately for respectively $399 and 45$. 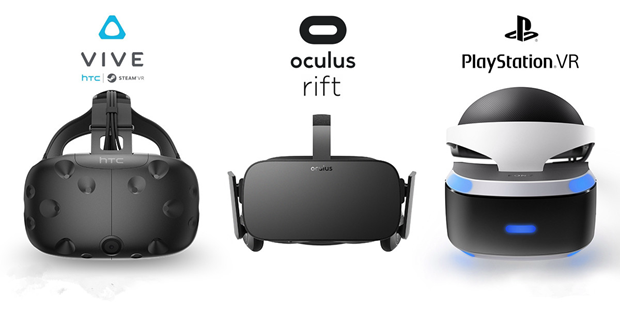 Besides VR, We Got AR Here

It is still unknown that whether VR/AR will be the next hit market. Nevertheless, some giants in hardware industries, software industries and capital industries are entering VR/AR area one after one. For AR, there are Hololens developed by Microsoft and Magic Leap, the most secretive startup, who is estimated up to 4.5 billion dollars even without products released yet. 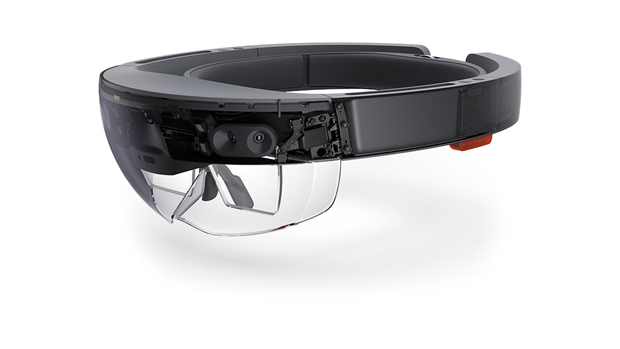 More and more people, analysts, manufacturers are paying attention to the great potential behind VR & AR. Why don't you purchase one and have an amazing experience to feel what another world likes. You can consider those we recommend you above. It would be a nice idea to present to your family or friends as a gift.