On June 24th, Apple announced its iOS 14 for iPhone and iPod touch during the WWDC 2020. The newly launched iOS 14 brings a lot of new features, like the redesigned widgets, compact UI design in phone calls and Siri, picture in picture, pinned messages, voice translation,  and more. Read the post to satisfy the craving for the highlight functions on iOS 14.

This time, iOS 14 brings brand new UI design in Home Screen, adding widgets to the traditional grid layout and the new App Library shows everything you have installed.

It has been redesigned completely to provide more information at a glance. And you can add it to the Home Screen now. You can choose different sizes and arrange them as you like. Besides, there is also a new widget called Smart Smack. There will be the apps you use the most and you can slide up and down to choose different widgets. The system will analyze your habit and show up the widgets at the right time.

App Library organizes all of your apps into one simple and easy-to-navigate view. Apps are sorted by category and the "suggestions" "Recently Added" is categorized by the system and the newly added app.

Now, calls from your iPhone, Face Time, and other third-party apps will not take up the whole screen. Instead, it will show up at the top of the screen as a banner. You can answer it directly or swipe down to view more Call Features. But if your iPhone is locked, it will show the standard phone call interface as well.
Siri also has a new interface that does not pop out and overtake the entire screen. When it is activated, there will be a small animated Siri logo at the bottom of the screen and the answers will be at the top of the iPhone. 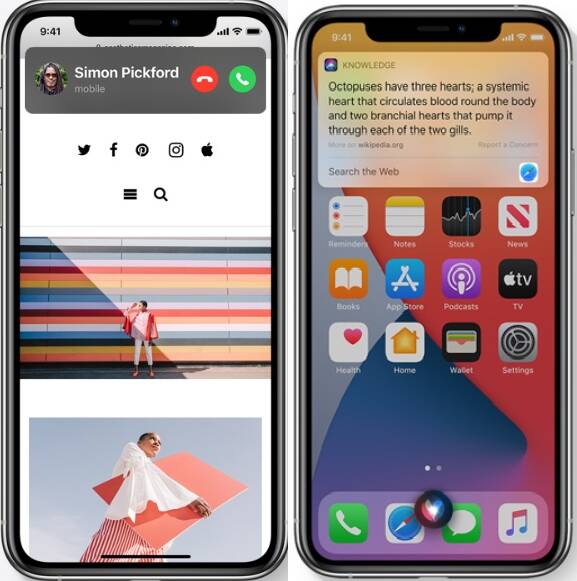 With the Picture in Picture function on iOS 14, you can watch the video or keeping your Face Time while using other apps. The video and Face Time will show up in the corner of the iPhone display or you can relocate it to any spot on the screen so you can launch other apps.

The official apps also have been updated on iOS 14, including Maps, Translate, Message, Camera, Weather, etc.
Maps
There two main upgrades in Maps, which are:

1. Guide
Apple Maps editors cooperate with trusted brands around the world and recommend great places for users. You can save and have the latest recommendations about the different restaurants, scenery, shopping mall, and the like.
This feature will be first launched in San Francisco, New York, Los Angeles, and London. In the future, users from different cities around the world can use it as well.

2. Electric vehicle routings
It will plan your trip with the charging station along the way.

According to Apple, the conversation among multilanguage should be natural, easy, and private. Thus, the new Translate feature is updated on iOS 14.
The Translate app supports text and voice translate among 11 languages.
With it, conversations are easy to begin. Just turn the phone to landscape and tap the microphone logo to speak.
You can download the languages in advance and use the on-device model even if the iPhone is not connected to the Internet.
The attention mode enlarges translated text in landscape view so that it will be easier to read and get others' attention. 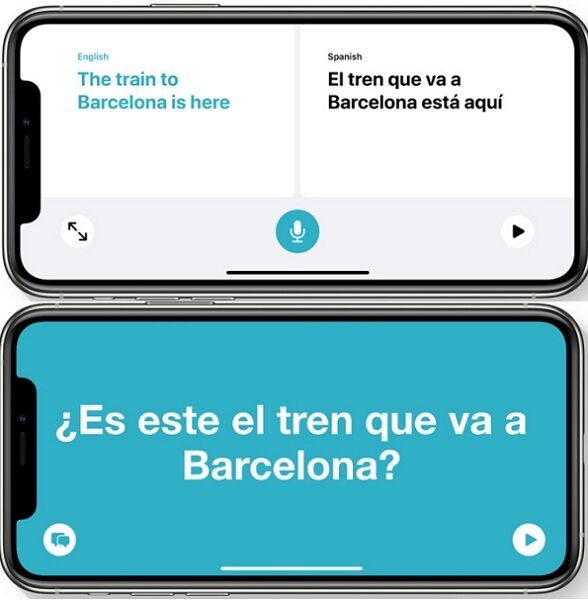 The Messages also has an important update in iOS 14.
Now, you can pin up to 9 conversations to the top of the conversation list.
In the group conversation, you are able to reply to direct messages to someone. When you are mentioned, your name will be highlighted.
The new Memoji and stickers are also the main attraction. There are new-age options and face coverings, more than 20 new hair and headwear styles.

The camera gets some good updates as well. Now, taking multiple photos at one time becomes quicker. iPhone XS and iPhone XR get the QuickTake features as well. The new exposure compensation control can help you lock an exposure value, locking camera focus for a specific shot.

The control center in iOS 14 shows a more detailed Home module. At the top of the Home app, new visual status is added. You can view the indoor temperature, the front door locking condition, and make adjustments quickly. Besides, when you first use the Intelligence Home Automation, it will pop out the suggested settings, which is friendly to the beginners. 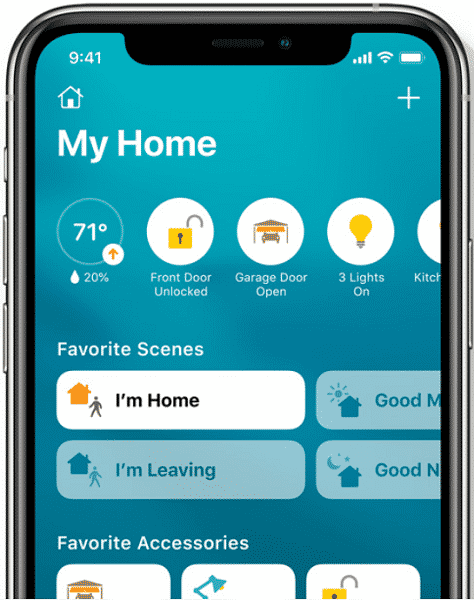 Car keys can be used to lock or start the cars when the iPhone is placed on an NFC reader or wireless charger inside the car. It is a digital key that stored in the Wallet app and you can share it with your family or friends through the Messages app.
Even if your iPhone runs out of battery, you can still access and start your car for up to 5 hours.
As for CarPlay, it supports the customized wallpaper. You are able to choose a new look for the CarPlay Dashboard and Home Screen.
Both Car keys and CarPlay require the car have NFC. So, these features are depending on the car model.

This is the first that the third-party browser and mail apps can be set as the default apps to replace Safari and Mail. Thus, if you are a Chrome user and prefer other email apps, you can use them more easily.

Looking forward to those alluring new features? Well, it is still in the summer beta period now. Apple hasn't released a specific launch date, but as iOS 13 was released on Sep. 13th, 2019, iOS 14 may come around a similar time.