Here's the ultimate guide on iPhone Camera Makes Masterpiece Series, you can keep pace with new articles coming up.

To begin with, let's learn at first the basic knowledge of camera lenses on iPhone. A lens is a transmissive optical device that focuses or disperses a light beam by means of refraction. Since camera lenses are of various kinds with different focal lengths, apertures, and other properties, they lead to photos with miscellaneous sensations.

If you want more information, Wikipedia has a full guide on camera lenses. However, The lenses I want to introduce is those that come as a part of iPhone. A cell phone is an assembly of a lot of small tech components and iPhone thus has a natural shortcoming - the fixed aperture. In photography, an aperture is an opening that admits the light that determines the cone angle of a bundle of rays that come to a focus in the image plane.

In addition, due to the limited space, iPhone camera lens has a fixed focus. Technically, the focal length of iPhone camera lens is around 30mm. Therefore, we can come to a conclusion that iPhone has a 30mm wide-angle lens with fixed aperture. (Expect iPhone 7 Plus, 8 Plus, and X that comes with dual cameras) 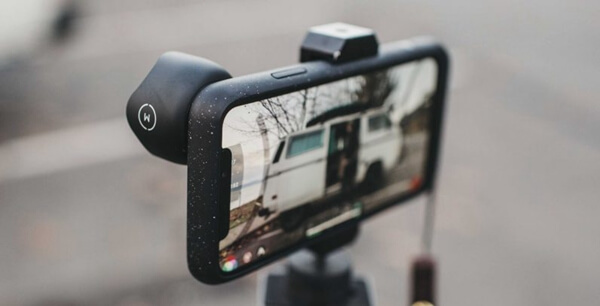 So, what's the point of knowing all these stuff?

Firstly, a wide-angle lens is able to allow more of the scene to be included in the photograph. Secondly, the wide-angle lens gives exaggeration of relative size by distance on objects in the foreground and the background, which means that nearby objects tend to be larger while objects at a moderate distance seem smaller and far away. This feature is commonly used to make foreground objects more outstanding and prominent in an expansive background.

In other words, you can make your legs near the edge of the frame in photography if you want to impress others by your beautiful body shape with long legs. Also, if you want to highlight soaring buildings, you should avoid aiming at the objects in the right middle. 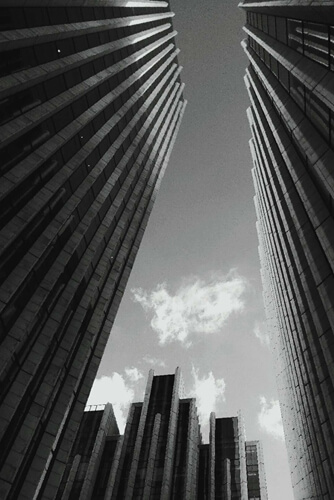 Also, an impressive picture should have an excellent composition. iPhone assists users with grids on the screen. If you don't enable grids, you can turn it on in "Settings" > "Camera" > "Grid". Do you know why we need these grids? Because we can apply "Rules of Thirds" in photography. If you're a beginner, grids are helpful to come out a masterpiece. You can place the objects along or cross the grids. Currently, dual-camera phones seem to lead the tendency, however, with different plans:

iPhone takes the Plan B, which is the best in my opinion. The difference of focal lengths has different influence on the photos. The direct sense is the scene being zoomed in and out with various focal lengths. In some ways, it's also regarded as the sensation of distance. 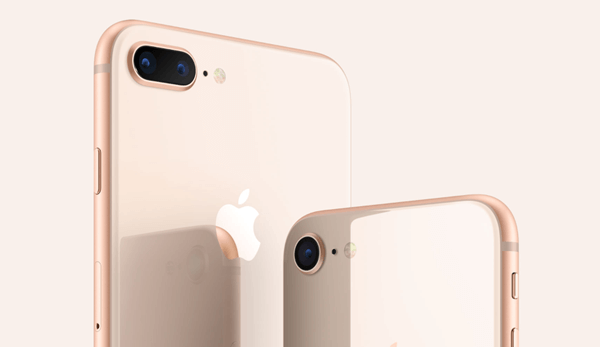 At this time, the second camera lens on iPhone comes important, which is equal to a 56mm telephoto camera, allowing users to zoom on the image as well as reduce exaggeration of relative size. The 56mm camera lens can result in the depth of filed making the zone of acceptable sharpness in focus on condition that the lighting is good even without Portrait Mode.

You should know that iPhone (iPhone 7 Plus, 8 Plus, and X) in fact uses two camera lenses to zoom in or out on an image. And yes, iPhone uses both Digital Zoom rather than Optical Zoom, zooming up to 2x optically and up-to-10x digitally. 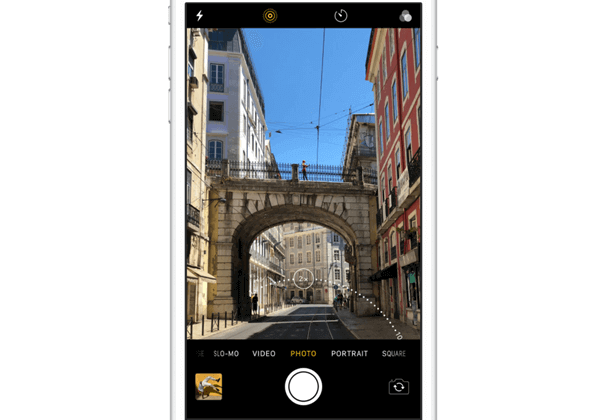 That being said, you'll lose the original quality of the image if you offer over 2x zoom. It's okay to zoom on a photo with 2x zoom. However, it's recommended to keep the original image and later post-process it with photo-editing software on you own if you want to enlarge the image over 3x zoom.

That's so far with the camera lenses on iPhone. If you have any question, leave it below and let me get back to you. The next upcoming article is regarding Manual Exposure and Focus. I hope you'll like it. You can forward and share this article with your friends if you like it.