Android O's Dev Team Held a Reddit AMA, Here is What They Said

The final version of Android O won't be arrived until late September. Before that, questions about the new Android will not settle. Good news is that Android O's engineering team held a Reddit AMA to answer questions from developers and regular users. Although most of the discussion was devoted to API and other engineering issues, it also covers issues that could interest regular users. See if there is anything that you care about.

Android O cuts out Blob Emoji and replaces it with Google's redesigned emoji. The revamp disappointed many fans of Blobmoji. One of them posted the question bluntly on Reddit AMA: Why did you kill the blob emoji? The engineering team gave this response: "Over the last few years Unicode has expanded the range of emoji considerably... In parallel new messaging use cases have emerged...The current design system did not lend itself well to supporting the expanding emoji set and these new use cases, so we needed a significant visual refresh." 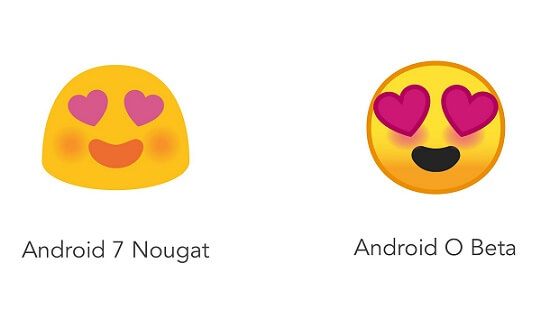 Many Pixel, Pixel Xl users complained about the awful Bluetooth audio on the phone. When connecting Pixel/Pixel to a Bluetooth speaker or with a car, it get disconnected all the time. The Google engineer Tim Murray explained that the Android Bluetooth, audio, and performance teams have made great improvement on Bluetooth audio in Android O and "BT audio reliability is drastically better vs N". But the change hasn't been added to the recent developer preview until things are stable. Let's wait and see if the issue will be solved in Android O.

Fragmentation has plagued Android users for years. Although Google releases a new Android version once a year, except the new released devices and the big sellers, most Android smartphones are abandoned by their OEMs and don't get the update.  In Android O, Google tried to fix fragmentation with Project Treble. Android engineers confirmed on Reddit that devices launched with Android O and beyond will come with Project Treble, which will make it "easier, faster and less costly" for OEMs to deliver newest Android update to more devices.

Will Full Theming be Possible on Android O?

Theming phone with different colors sound like a simple task. And there are rumors that a native theme selector will be added to Android O, allowing you change themes. But Android engineers denied the rumors. According to the Tech Lead Alan Viverette, there are still obstacles to full theming. "There are technical and logistical issues with theming. The technical side is largely solved in O with RRO support ...however, we still don't have stable APIs for describing what can be themed or adequate ways to verify that existing applications properly support theming." He wrote.

From the developer previews, many users notice that quick settings comes with a lighter and grayish theme. After the dark/teal color in the notification panel for years, some users find it too bright, especially in the dark. Is there any chance Android will reverse to the dark color in the final official version? The answer is no. The lighter theme will be on the official version. 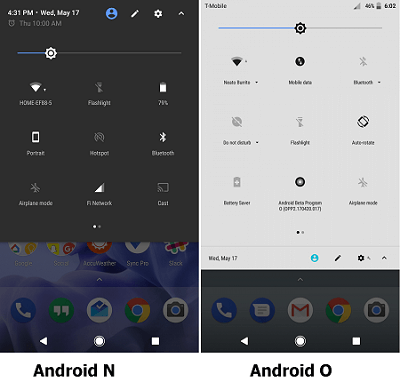 What will Android O be Called?

Is it Oreo or Oatmeal? There are so many guesses over the name of Android O, yet the Android engineering team have no intention to unveil its name right now. The official answer is that "there are so many snacks to choose from...you'll just have to wait for the unveiling later this summer".

If you are interested in learning more about what Android O's engineering team have said, visit their Reddit AMA.