Here we collect those comments Trump has made on Google and Apple. You may want to have a look. 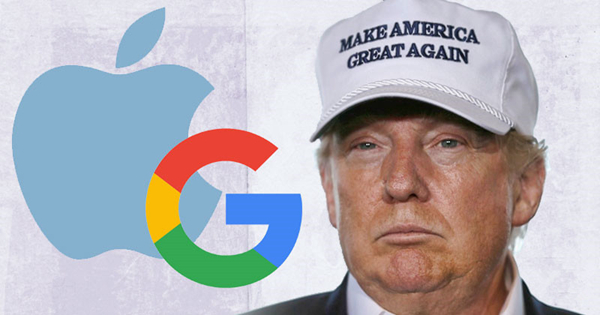 Google has once been one of Trump's targets.

"Why doesn't President Obama just get the people from Google to fix the failed website? In fact, why didn't he use them in the first place?" (2013, Twitter)

Compared with those statements towards Apple, it's just not a big deal, because it sounds much more like he is bashing Barack Obama.

Apple is probably the company that Trump has bashed most. Now let’s see what he once said about Apple.

"I cannot believe that Apple didn't come out with a larger screen iPhone. Samsung is stealing their business." (2013, Twitter)

"I predicted Apple's stock fall based on their dumb refusal to give the option of a larger iPhone screen like Samsung. I sold my Apple stock." (2014, Twitter)

"I use both iPhone & Samsung. If Apple doesn't give info to authorities on the terrorists, I'll only be using Samsung until they give info. "(2016, Twitter)

"I think what you ought to do is boycott Apple until such time as they give that security number. How do you like that? I just thought of that - Boycott Apple! "(2016)

"We're gonna get Apple to start building their damn computers and things in this country, instead of in other countries." (2016, The Verge)

"I'm going to get Apple to start making their computers and their iPhones on our land not in China," Trump said. "How does it help us when they make it in China?" (2016)

Though many of Trump's statements seem hard to be understood, he still wins lots of support in USA. He gained approval rating up to a record 38% in the fifth debate of Republican Party which ended one month ago. However, he suffered a crushing defeat with only 13.8% approval rating in primary election in Washington, D. C and Wyoming on May 12, 2016. 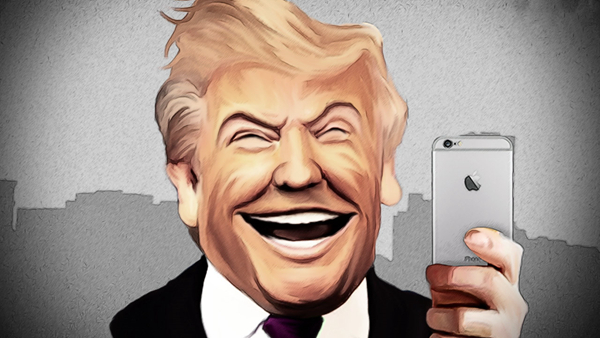 Every time when Trumps twitters or he is having an interview, a new 'saying' will thus come into being. Whatever Trump's political career will be, he has created so much fun for the public and enriched people's daily life. That's enough for us.

I wonder whether Sham Shadwell and Chris Brown, the creators of Python-based TrumpScript, a type of computer language, would add the latest sayings of Trump to TrumpScript or not. I believe that will be interesting.