Apple has unveiled iOS 9 on its WWDC 2015. The update will be available in the fall but can be downloaded now or in July during its public beta.

The early adopters and those eager to see what the new OS brings can now follow this post to download and install iOS 9 Beta 1 on your iPhone, iPad and iPod Touch. 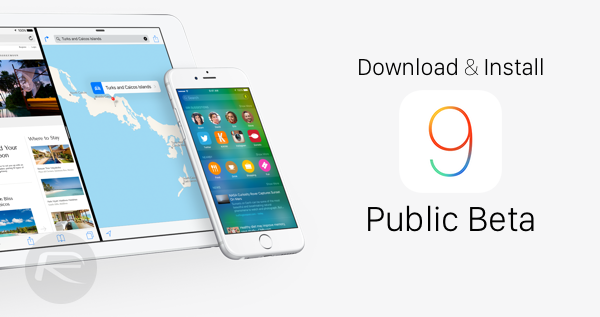 Here are some points to know before downloading and installing iOS 9 beta 1:

1. iOS betas are intended for developers only. Attempting to install this version of iOS could put your device in an unusable state, which could necessitate an out-of-warranty repair. Users should proceed at their own risk.

2. Users must backup their devices using the latest version of iTunes or through iCloud before downloading iOS 9.

3. To download iOS 9 beta 1, the iPhone or iPad’s UDID must be registered with IMZDL, a popular source for iOS and OS X betas.

4. All iOS devices capable of running iOS 8 would be able to run iOS 9.

There are two ways to get your hands on the iOS 9:

Note: Developers can directly log in to Member Center with their Apple ID user name and password to access the beta release. After that, the file should show up on IMZDL.

3. Download and install the iOS 9 beta 1 file on your iPhone, iPad or iPod touch.

4. Open the iTunes and connect your device.

6. Pick the iOS 9 beta file from your computer. Then, you will get a "Slide to upgrade" slider after the device reboots. Swipe the slider to proceed.

7. Restore your data from the backup.

If you don’t want to spend for a developer account, there’s also an option to download the iOS 9 without the developer account. However, you must know that once you update to iOS 9 on your iPhone, you won’t be able to back up your data and the phone will only be restorable if you downgrade to iOS 8.3, and then just restore all data from iCloud (but not iTunes).

So, backup your iPhone with iCloud first. Then, follow the instructions in the video below.