Samsung Galaxy Note 6 is possibly gaining most expectation among upcoming smartphones later this year. With its popularity, we definitely need to take a look at it.

Although Galaxy S7 and Galaxy S7 Edge have gained great popularity across the world, Galaxy Note 6 is expected to be having good momentum in future phone market after its release, for it would be equipped with better specs and features, reputedly even with unprecedented 8GB RAM.

Samsung has released Galaxy Note 8 in 2017. If you want to keep up to date with Note 8, please check out the following articles concerning Samsung Galaxy Note 8:

There are hot rumors and leaks around the internet. If you are interested in more speculations, you could take a look at the followings. 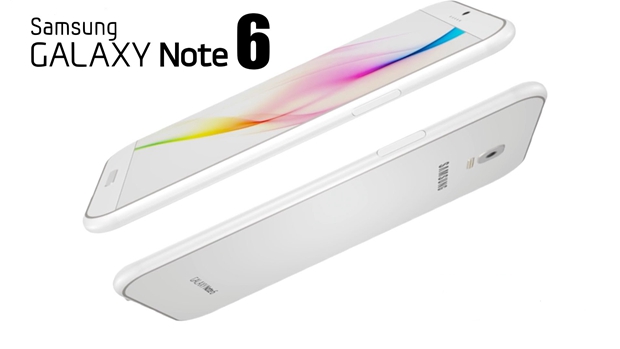 According to the trend, we assume that Galaxy Note 6 will be released in around September this year, sooner or later. Meanwhile, TechRadar cited a source within one of UK’s major network operators and said that Samsung will not be launching the next edge+ handset in the UK but will bring the Galaxy Note lineup back in August with the Galaxy Note 6. However, Samsung has no official comment on any speculations.

As nothing is official yet, there are many hot rumors concerning Galaxy Note 6. First of all, Galaxy Note 6 is said to have a 6-inch 4K/UHD display screen, and then, it will have 6 GB or even 8 GB RAM and an internal storage of 256 GB with UFS 2.0. Last but not least, it will line up with the latest Android N. 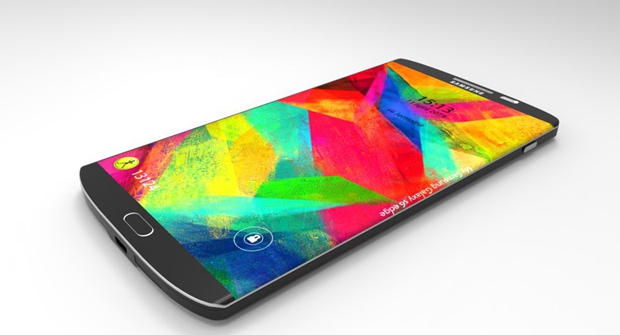 It is rumored that Samsung Note 6 Series will have one with Snapdragon 820 SoC in western market as well as the other with Exynos 8890 in East Asia. However, media in China recently reported that it will have Snapdragon 823 which is 2.6 GHz Quad Core processor. Qualcomm SD823 is expected to launch soon this year. Galaxy Note 6 is rumored to have 6GB RAM, even support RAM up to 8GB, which means it’s going to bring some major upgrades to 820 SoC in terms of performance as well as battery life.

Talking about Samsung Note 6 storage, it will come with 32 GB, 64 GB, and 128 GB storage options. According to some leaks, there will even be 256 GB RAM with UFS 2.0. Having an option to increase device capacity will always be helpful for us to do more things. This year Samsung has addressed these issues and now we have external micro SD card support for Galaxy S7. Galaxy Note 6 is believed to have one as well.

It is said that Samsung Galaxy Note 6 will have a 6-inch flexible screen. It is really rare in the phone market. As is known to us, Galaxy Note 5 has a 5.7-inch QHD display, whose pixel density is up to 618ppi. In fact, we tend to believe that Note 6 will be having the same screen as Note 5. However, given that Galaxy Note 6 would have a 4000 mAh battery power, it is perhaps because of more power consumption caused by a bigger screen.

One point we know for certain is that Note 6 will be having an S Pen, moreover a phone base for connection to turn into a micro laptop.

In addition, some rumors also suggest that it will also have a rounded screen much like the ones that we have in the Galaxy Edge series. Now, confusion still remains about the fact that if Samsung Galaxy Note 6 itself comes with curved screen what about the edge series. 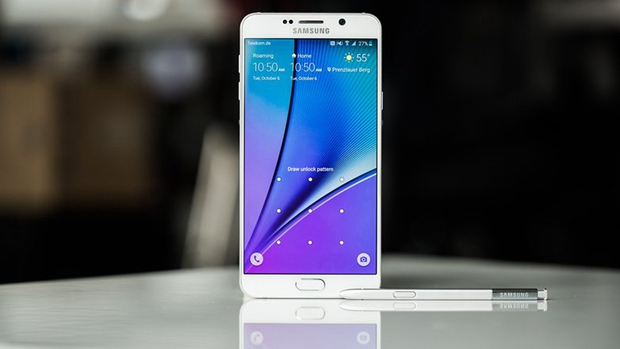 For the battery specs of upcoming Galaxy Note 6, it will have a 4000 mAh power non-removable battery with a Quick Charging 3.0. Thanks to its fast-charging technology, Galaxy Note 6 is expected to charge 40 % of the battery in just 4 minutes. How amazing would it be? But a lot more is yet to be revealed by the company.

Galaxy Note 6 is rumored to be water and dust resistant. Galaxy S7 had integrated IP68 dust resistance system and it was water resistant as well, but only up to 3 feet in 30 minutes. More or less this resistance power will be kept same for the upcoming devices too.

The recently launched Galaxy S7 flagship has arrived with 12 MP primary and 5 MP front camera which is downgraded as we compare it to Note 5 or Galaxy S6. But in actual you will not find any lack of picture quality as the phone has f/1.8 aperture lens with bigger pixels. Now, talking about Note 6 camera specs, Samsung is going to launch its best camera phone with Note Flagship. Galaxy Note 6 is going to have 20 MP primary and 8 MP front camera with upgraded sensors. It is said that Samsung is developing a 1/1.7-inch CMOS sensor equipped with f/1.4 aperture lens of S7 as part of Galaxy Note 6.

Perhaps there will be lots of people wondering what operating system Galaxy Note 6 will be having. As a matter of fact, the answer is Android 6.0 Marshmallow. If possible, Google will launch a new generation of Android system in this summer, which would be named Android N. Most importantly, from previous cases, Galaxy Note series is apt to be equipped with last generation system. Galaxy Note 6 would not possibly make a breakthrough to this rule. And it is still not officially confirmed yet.

As having such a high performing mobile phone takes lots of effort, price, in fact, doesn’t matter a lot for this kind of device. Galaxy Note 6 would cost you a bit more as compared to recently launched Galaxy S7 and Note 5. The price of Note 6 would be around 750 to 800 USD.

With the passage of time, there will be more information about Galaxy Note 6, and we will offer you the latest information at once.

Hi. You can find Note 6 on some online market or order it from Samsung.com.