Camera is no doubt one of the biggest selling points of Samsung Galaxy S7 Edge. There are many features that make a phone's camera superb, in the case of Galaxy S7 Edge, exceptional low light performance and precise, high-speed autofocus enable it to stand out from its peers. Let's look into this Samsung flagship and see what make it revolutionary.

Samsung revolutionarily applies Dual Pixel technology on Galaxy S7 Edge, which is the very first time that Dual Pixel focusing is used on a cell phone's camera. Before S7 Edge, Dual Pixel focusing was only found on cameras, for instance, Canon 70D, Canon 7D Mark. With Dual Pixel sensor, "each and every one of the pixels on the image sensor has two photodiodes instead of one… Every single pixel on the Dual Pixel Sensor is used for phase detection, enabling autofocus that's so incredibly fast and seamless that even the most sudden movements are caught in the act," Samsung explains. In other words, Dual Pixel autofocus contributes to S7 Edge's high-speed autofocus and make it possible to catch the moment as quickly and accurately as human eyes. 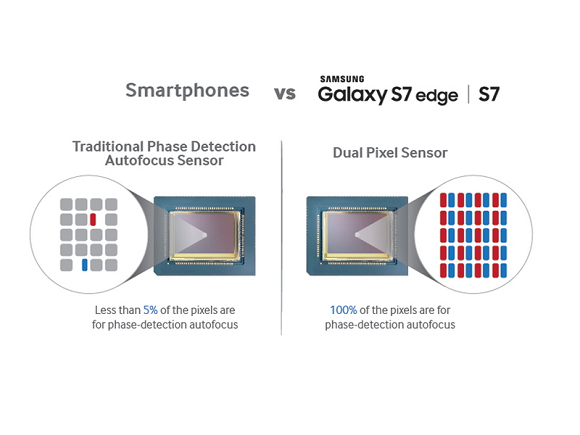 With a new Sony IMX260 12-megapixel camera sensor, Galaxy S7 Edge seems to be equipped with lower resolution comparing to Galaxy S6 with 16 million pixel shooter. However, with a larger f1.7 aperture lens and larger 1.4μm pixels, S7 Edge is capable of capturing more light at the cost of less megapixels. According to Samsung, the Galaxy S7 can capture 95% more light than the IMX240 sensor in the Galaxy S6, which leads to a faster auto-focus and greater low light picture performance. 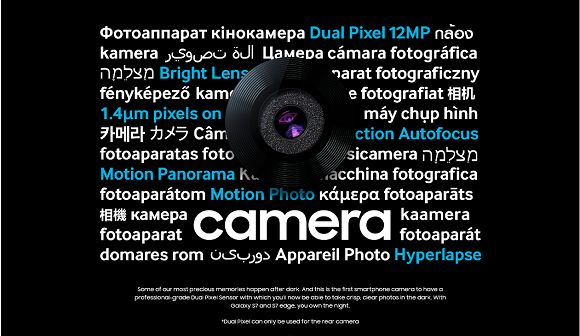 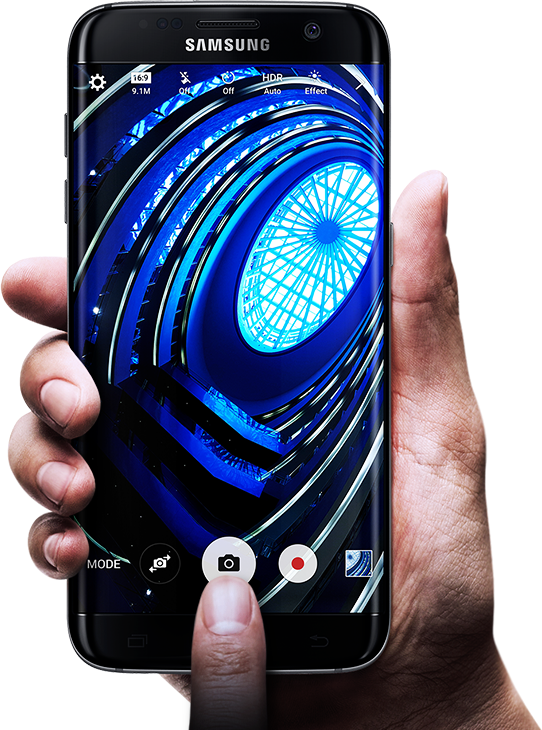 S7 Edge is equipped with some convenient features on its camera app, including voice control and motion photo. When turning on voice control on S7 Edge, users can easily take pictures with voice, saying shoot, cheese, smile or capture. And motion photo allows users to captures three moments that happen before pressing the shutter and choose one moment that they want to preserve as the still photo.

As cell phone photos become more and more important in our daily life, S7 edge's revolution on camera certainly impress the market. Let's expect the next revolution that Samsung might bring.