How to Rotate A Video on iPhone/Android [Free Ways]

You can fix these sideways or upside-down videos on iPhone or Android by changing the orientation of the videos. Rotating videos on your phone are not as difficult as it sounds. There are free and easy-to-use tools to rotate videos on both Android and iOS systems. Let's go through them one by one. 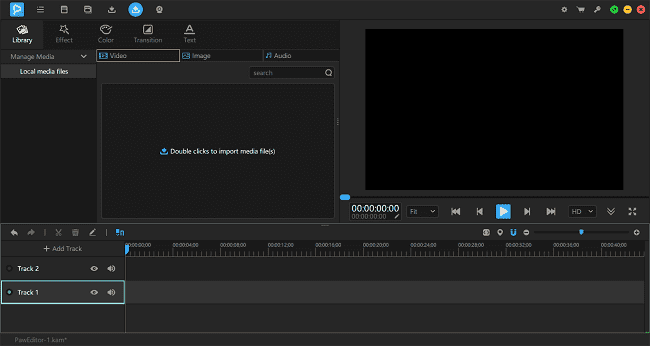 There are 2 tools you can use to turn a video sideways or upside-down on iPhone/iPad: one is to rotate videos with iMovie for iOS, the other is to download a video rotating app - Video Rotate And Flip.

Rotate A Video in iMovie
iMovie is a simple video editing app by Apple that can rotate, move or trim video clips in simple steps. iMovie can rotate a video in 90-degree clockwise or counterclockwise. You can get iMovie for free from the App Store. 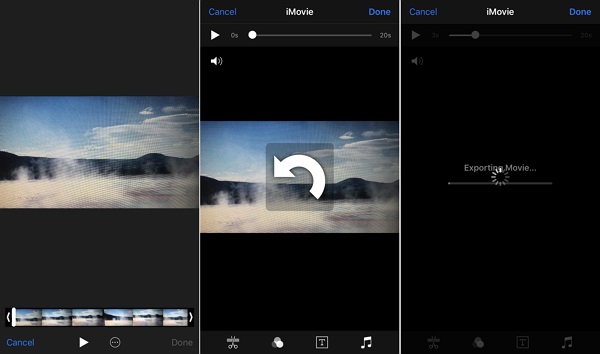 Flip A Video with Video Rotate App
Another way to rotate a video on iPhone and iPad is by using the app: Video Rotate And Flip. The app can rotate a video to your liking in one click and then save the rotated video as a new file. However, the app is for purchase and also from the reviews we have seen, the app is a storage hogger as it creates a new video every time it rotates a video.

How to Rotate/Flip A Video on Android

If you are using an Android device, you can rotate a video with Google Photos app. 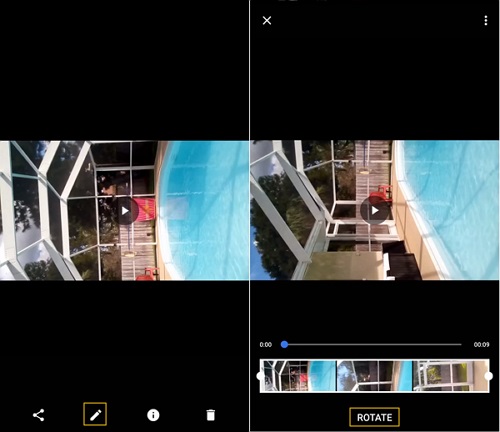 If you find these tools helpful in rotating videos on iPhone/Android, share them with your friends.