Todesco also jailbroke iOS 8.4.1 after iOS 9 was jailbroken; however there was no official GUI or tool created for that jailbreak. Instead, the source code was posted on Github. 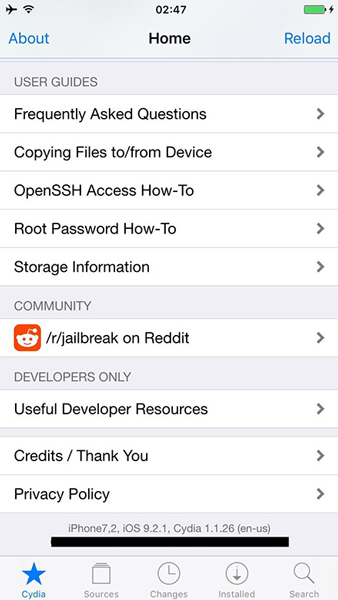 That, however, doesn't mean that you won't see a working iOS 9.2.1 jailbreak soon, as Todesco might either change his mind, or he might just pass along the information to another team who would release the jailbreak. Meanwhile, other teams are working independently on similar solutions, but, according to Todesco — who has contributed to the iOS 9 jailbreak that Apple fixed with iOS 9.1 — it's not quite certain that they are both using the same exploits.

To further prove the legitimacy of the screenshot, Todesco posted the Kernel dumps for iOS 9.2.1.

Before it, Pangu team has released a jailbreak of iOS 9.0-9.0.2 for iPhone and also posted the information on Twitter to inform iPhone users. This time Todesco go ahead to jailbreak the iOS 9.2.1. Although it's unable to verify the truth, but it will happen sooner or later.