How to Add Songs to Offline Playlist on YouTube Music

If you are a subscriber of YouTube Red, here is a good news: you can now save songs, albums, and playlists offline to listening without a network connection. This is a feature that has been long expected by the users. Google finally make it come true. 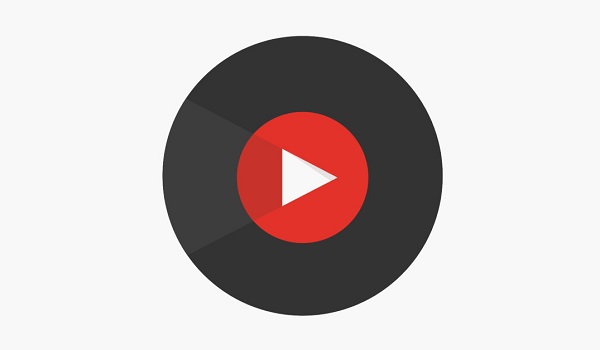 Before Google adds this options to save songs for offline listening, YouTube Red users have been able to listen to YouTube music offline with offline mixtape feature. However, the mixtape is far from satisfactory since the mixtape is made up of random songs that are selected by YouTube algorithm based on users’ listening history, which means that users are unable to select specific songs for offline listening. Users can remove songs from offline mixtape but they can't choose which songs to add to the mixtape. Now since YouTube Music’s v.1.82.10 update, the app finally includes a 'save to offline songs' option, allowing you to create your own offline playlist. 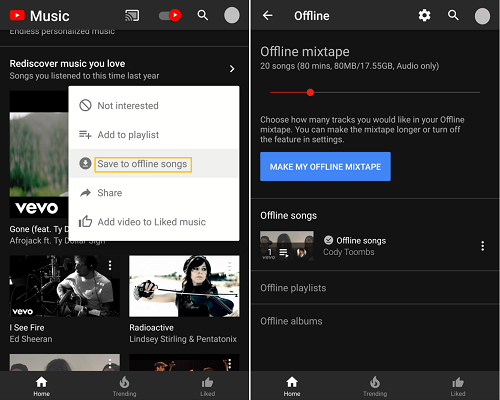 Step 1. Launch YouTube Music app on your Android or iPhone.

Step 4. Tap the option to add the song to your offline playlist.

Step 5. You can also add playlists and albums for offline listening.

Step 6. To access your offline music, go to Settings > Offline.

If you couldn't find "save to offline songs option", please update your YouTube Music app to the latest version from Google Play Store or App Store.