Part 1. What Is Image Capture on Mac?

So what is Image Capture? Why don't I see this app in my iMac or MacBook? Actually, Image Capture is a built-in app on Mac and it's a photo management program. Users can plug in external devices, such as iPhone, Camera, SD card, and export or import photos to Mac through this app.

You can preview photos and videos of the connected external devices, or just view the photos' detailed information through Image Capture. This app has some great hidden features other than previewing, such as controlling tablets or scanners that connect directly to your Mac, designing a PDF file or web page, and importing the photos automatically into the Mac without opening any other software. 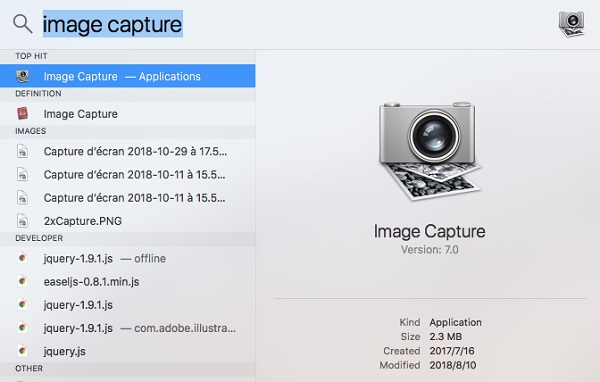 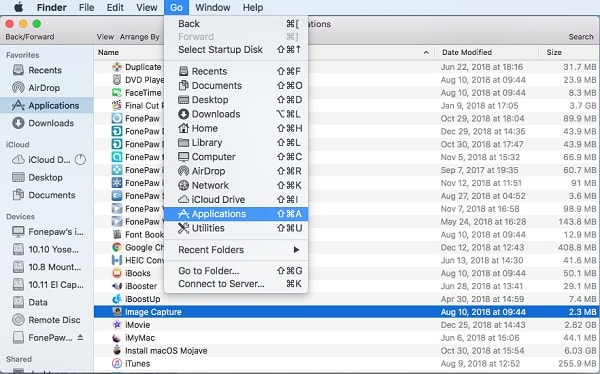 If you've tried all the above methods while you still cannot find Image Capture, or after you upgraded your Mac system the Image Capture program goes missing, it can be inferred that the app might have been accidentally deleted or erased from your Mac.

In fact, Image Capture is a built-in app in MacOS and it is part of the operating system, the App Store or any other website doesn't offer the option to download this app separately. Therefore, the only way to download Image Capture on your Mac is reinstalling macOS, the operating system.
To reinstall MacOS system, you can follow this tutorial: How to Clean Install macOS in which it guides you with specific steps and tells you the problems you may encounter during the reinstalling process.

Hopefully, you have got to know more about Image Capture from this guide. Share with more people if you find it useful, or you can drop your comment on the below section to share what you think.