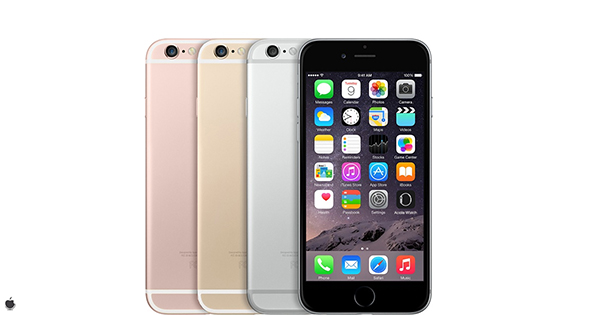 iPhone 6 and iPhone 6 Plus arrived in September last year, so as we march toward the summer and the fall, we are beginning to look forward to iPhone 6s, iPhone 6c and even iPhone 7.

Today, trusted analyst Ming-Chi Kuo has released 11 huge features of the expected iPhone 6s. Here, we pick up some of the most important "rumor features" about the iPhone 6's successor, dubbed iPhone 6S, and you can prepare to buy one or not.

This will be the No.1 selling point but also one of the main bottlenecks of the supply chain according to Kuo. So, we can expect that the iPhone 6s to sell out faster than usual.

The Force Touch technology, which has already adopted by the 13-inch MacBook Pro with Retina Display and the 12-inch MacBook, makes the trackpad pressure-sensitive, so it responds differently based how you press the surface.

Releated: Force Touch Cloud be Exclusive to iPhone 6s Plus

There will be an additional casing color - rose gold color option presently available for the Apple Watch.

Related: How to Set up and Start Using Your Apple Watch

3.  A 12-megapixel camera and a two-lens system

Apple has stuck with an 8-megapixel sensor for years and now Apple seems have a pixel upgrade, likely to 12 MP. According to Apple commentator John Gruber, iPhone 6S's camera will also have a two-lens system that could help allow users to capture "DSLR-quality imagery."

4. 2GB of RAM is Expected in the A9 Processor

Though the screen sizes are set to remain the same: 4.7 in and 5.5 in, the 6s will be equipped with Apple's A9 processor, which will provide more power and speed than the current A8 chipset used in the iPhone 6 line. Plus, Apple will bump up the RAM to 2GB from the current 1GB.

iPhone 6 and iPhone 6 Plus were once plagued by the Bendgate Scandal for several month after the phone's release. This time, Apple tries to ensure that it will never happen again. It is reported that the bending issue will be improved by using different casing materials and internal mechanical design changes. Let's wait and see!

We are expecting Apple to launch their new iPhone 6s and 6s Plus in September, as soon as we get some more details on the devices, we will let you know. Thanks for your consistently focus.