Razer Phone vs Google Pixel 2 XL, Which One Is Better

The Razer Phone and Google Pixel 2 XL are two popular smartphones in the current flagships. The Razer Phone is the smartphone for gamers, as it comes with an incredibly smooth Ultramotion display, and a state-of-the-art cooling system that prevents devices from becoming too hot when users play games. For Google Pixel 2 XL, it is also supported by the excellent software and hardware performance. Which one is worthy of purchasing? Let’s discuss their features and specs one by one. The Razer Phone runs a 5.7-inch 120Hz Ultramotion IGZO IPS LCD display with 2,560 x 1,440 pixels resolution. It has an all-aluminum body, giving it a utilitarian streak and a no-nonsense feel. The Razer Phone has the real strength as the Ultramotion display is capable of running at 120Hz, or twice the usual rate of most phones. Its size is 158.5 x 77.7 x 8 mm and weighs 197 grams. 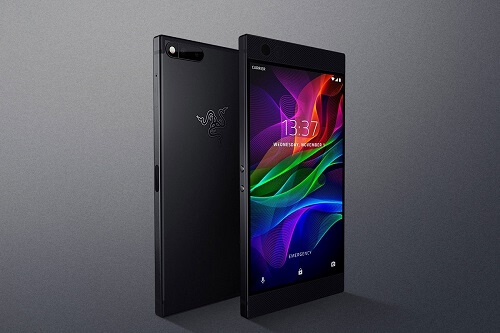 The Pixel 2 XL comes with a 3,520mAh battery, which is considered as respectable battery life. Google’s phone comes with extremely fast charging with 7 hours in 15 minutes of charge.

The Razer Phone sports a larger 4,000mAh battery. The Razer Phone will be the first phone to launch with Qualcomm QuickCharge 4.0+, and Razer has claimed it can charge from 0 to 50 percent in 35 minutes.

The Razer phone embraces two 12 megapixel lenses side-by-side with a f/1.75 wide-angle and f/2.6 zoom lens. As for the front, it is an 8-megapixel camera for taking selfies, while the video is up to 4K at 30 frames-per-second (fps). The Razer phone’s cameras are solid and exquisite.

Despite that the Google Pixel 2 XL is equipped with the single 12-megapixel lens, it’s currently the highest-scoring smartphone camera on DxOMark’s scoring system. Another to note is that the 8-megapixel front-facing camera has a portrait feature. Both the front-camera and the rear-camera comes with the selective blur behind subjects (the DSLR-like “bokeh” effect). If you shoot a video, the Pixel 2 XL can shoot up to 30fps at 4K, as well as capture 1080p at 120fps, and 720p at 240fps. 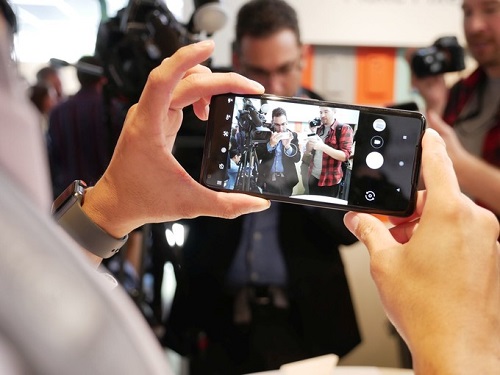 Though the Razer phone’s camera isn’t good in the current form, the Razer company has claimed that they will be working on making better phone camera. Min-Liang Tan, Razer’s CEO and Co-Founder, mentioned that they will take part in the Razer’s Future Planning to update the camera software to improve photographing function by increasing the shutter speed, enhancing the low light performance, and other features. Furthermore, Razer will add a button for instantly zooming in on a subject with the Razer Phone's telephoto lens and 4x slow-motion video recording in the future life.

The Razer Phone comes with Android 7.1.1 Nougat, rather than the brand-new Android 8.0 Oreo. However, you’ll find the Android 8.0 Oreo on the Pixel 2 XL. Both devices ship with the stock version of Android, no bloatware pre-installed. Active Edge (HTC’s Edge Sense feature) provides easier access to Google Assistant, and the general software experience is smooth and pleasant. 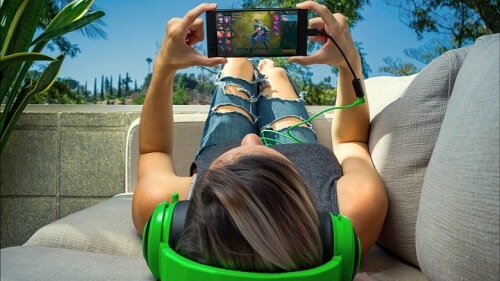 To conclude, both smartphones come with excellent software and practical functions, bringing them into line with most of 2017’s flagship devices. For the gamers, the Razer Phone will be more suitable for you, as it has better features, like the smooth display and special cooling system. Even if you are not the gamers, these features may offer you a wonderful experience. However, the Google Pixel 2 XL is also attractive with its great specs and functions.