Common Netflix Error Codes: What Do They Mean and How to Fix?

Netflix is a popular online video website that allows users to watch various movies and TV shows through PC, TV, tablets or mobile phones. However, sometimes when we are enjoy watching videos on Netflix, some error codes would crop up indicating that the video cannot be played due to some problems. How to deal with those annoying error codes? Several common Netflix error codes are summarized in this article. What they mean and how to deal with them are both included. Refer to the exact error code that you encounter when using Netflix, and follow the recommended solutions to fix it!

The error code 30103 that says "Cannot play title. Please try again later", according to the official word, indicates that some information on the device needs to be updated. Here are three ways offered to help you. You can pick up any one of those, or try them one by one to solve the problem.

Solution 1. Restart Your Device
Restarting the device is probably the simplest and most straightforward way, without carefully examination. Here is how to restart iPhone/iPad/iPod Touch.

Solution 2. Turn off Airplay
AirPlay has not been supported to play downloaded titles, so the error code 30103 may appear when you are using AirPlay to watch a video on iPhone/iPad, iPod Touch. Turn off AirPlay to see whether the problem can be solved.

Solution 3. Reset Network Settings on iPhone/iPad/iPod Touch
Since network is necessary to get on the Internet, you should make sure the network connection works normally and smoothly for Netflix to buffer videos.
You can switch to another Wi-Fi connection, and then open any app to check whether the network works smoothly. If any network connection is not available to the Internet, you may try to reset network settings on your device. 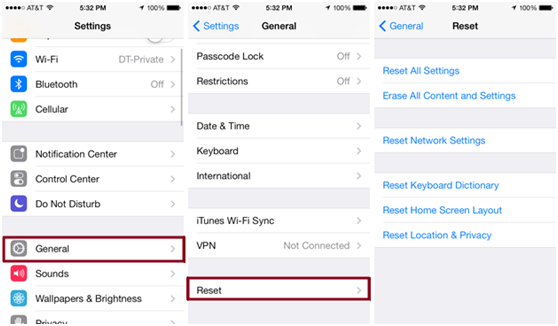 Solution 4. Reinstall Netflix App
If you can use other apps under the current network connection, but Netflix is still stuck. Maybe you can attempt to reinstall the app. Before deleting the Netflix app, check for the update information. If an updated version is provided, update the app to it's the latest version to see whether the problem is solved. When the update has no effect, remove the app and reinstall it back again. 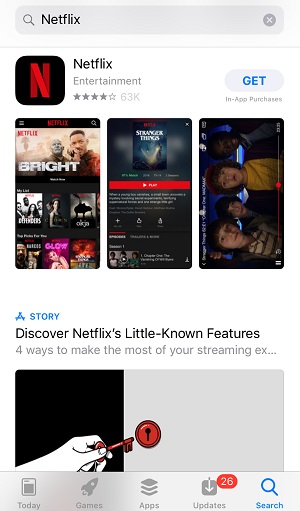 If the error code 12001 pops up when you are watching videos on Netflix, it points out that there is some information stored on your device needs to be refreshed. Try the following workarounds to resolve this issue.

Solution 1. Restart the Device
Power off the device as you usually do. And then turn it back on after several seconds. Open Netflix app, and try to play a video again.

Solution 2. Clear Data
Some unwanted cache or data stored on your device may occupy the space that Netflix needs to load videos and may slow down the downloading speed. You can clear those cache or data to refresh the app. You can clear cache and data on Android device. 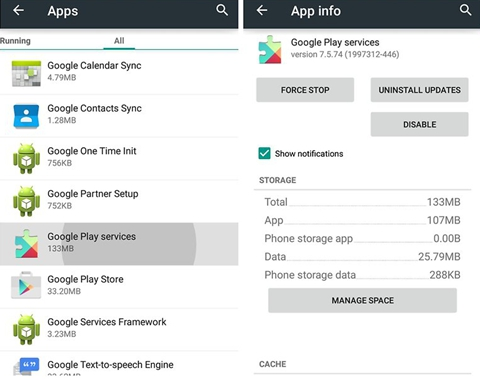 If the Netflix runs well under other network connections, there may be something wrong with the original network. To check about the network configuration is recommended to avoid potential problems in the future use.
Remind that some public network doesn't support streaming services such as Netflix; thus you may not be able to watch Netflix videos when you are outside and using public Wi-Fi network.

Similar to the error code 12001, error code 40103 indicates that the video cannot be played normally due to some stored information on the device needs to be refreshed. Two simple ways are worth giving a shot to fix that.

Solution 1. Update Netflix App
Sometimes the error is caused by the bugs in the app's old version. Check for the new version of Netflix app and update it.

Solution 2. Disable VPN or Proxy
For some legal reasons, using a VPN or proxy may prevent loading Netflix videos. Disable any VPN or proxy you are using, and then try to play a video again.

Error code 10002 also indicates that the application on the device needs to be refreshed. The solutions described in the previous part can also be applied in dealing with this error. If updating Netflix app doesn't help, try to remove and reinstall it again. Similar steps can be referred to the Solution 4 in the error code 30103.

These error codes all points to the similar network connectivity issue that blocks the approach to Netflix service. Solutions to these errors are also similar to those mentioned above. 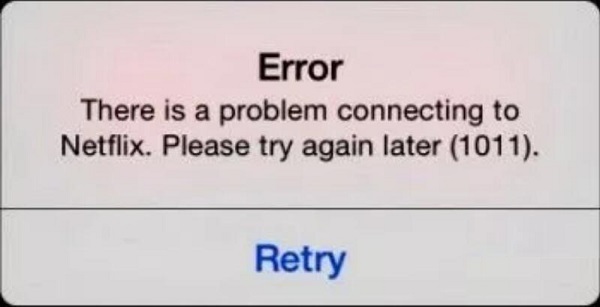 Solution 2. Force Close the Netflix App
Terminate the operation of Netflix app and open it again.

Solution 3. Restart the Device
The simplest and the most straightforward way in solving any digital problem: directly power off the device and turn it back on again after several seconds. Silly as it is, there may exist the possibility that the error can be fixed by itself.

Solution 4. Reinstall the Netflix App
When you have tried all of the recommended solutions above, but the problem still persists, use this ultimate one: deleting the entire Netflix app and reinstalling it back again.

Actually, video player on mobile phones, PCs or TVs going wrong is not something unfamiliar to see while we enjoy the fun of it. The network connectivity issue and the app's fault are two main reasons of this type of problem. There are some commonly used workarounds to resolve it. Remembering these 6 universal solutions can help you get rid of the annoying errors easily.

Hope this article can help you effectively deal with the Netflix error codes. Any sharing and comment are welcome!