Software developers use diverse tools for programming applications currently. They help to facilitate task performance and ensure a tidy structure in projects. The other tools improve team collaboration, support communication with colleagues and simplify agreements with customers. All tools for software development have a solid goal of handling projects in the most efficient way. However, not all the tools are so well-known among the users, not each of them is used on a regular basis just because of the lack of expertise or knowledge. Especially macOS IT programmers do not get to the full potential software development tools. Therefore, we present 10 Tools for macOS which can increase the efficiency of software projects and how they are used.

Apple and macOS for IT programmers?

Apple is one of the world's most valuable companies, that employs more than 120,000 people. It has been reinventing itself again and again since it has been founded in 1976. The technology company is better known as a manufacturer of smartphones, tablets, and notebooks among the users. However, there is also another side of its activity - the operating system they produce is also used for software development by many programmers. It's not a secret that macOS is pre-installed on all computers and notebooks of the manufacturer.

Users usually appreciate many pre-installed programs that handle daily tasks well. The other valuable thing in macOS is an almost flawless operating system work at all, that produces fewer failures. In the area of iOS app development, Apple's mobile operating system, macOS can offer several advantages over Windows or Linux. If other Apple devices are used in addition, they can get integrated into the ecosystem. Data transfer, cloud technology usage, and solid work with diverse Apple's devices are easily achieved by the smooth transition between the products.

Meanwhile, a software engineer should always remember that the advantages listed below result in higher prices of the hardware. Furthermore, not all the software is suitable for macOS, some applications are not even available. Alternatives or a virtualization solution may be used in these cases. Also, the upgrade possibilities are limited to the most macOS devices. If more powerful components are needed, people have to take it into account while purchasing.

As I told before, all of Apple's devices can be connected to Apple's hardware ecosystem. And that makes the software tool integration process easier and faster. Therefore, even, if companies look for iOS developers for hire, the tools listed below are necessary and should be known for making the work process with macOS even more efficient.

FlexiHub
FlexiHub is an application for iOS developers who are aiming to make their work more efficient and faster. iPhones and iPads can be accessed directly down the network, there is no need for a physical connection. This makes testing easy in particular. FlexiHub is especially suitable for iOS developers and convinces with a secure connection via Ethernet, LAN, Wi-Fi or the Internet. 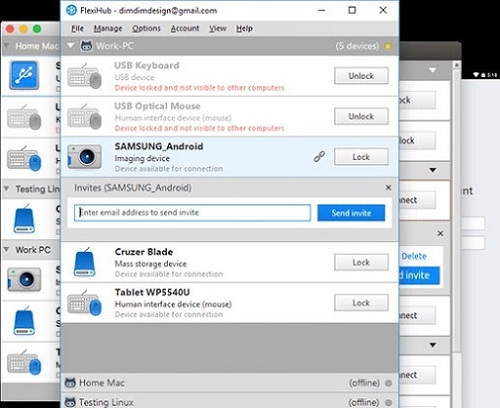 Homebrew
Homebrew is an open-source package manager that simplifies the installation of UNIX tools and other MAC utilities. With this master, the applications can be downloaded and installed quicker than you can imagine. The efficiency of the tool is accomplished by the intuitive and fast handling as well as the good integration into macOS. Users can try Rudix, the alternative, if they are not satisfied with this package manager. Xcode
Each software developer needs an efficient and handy development environment that will motivate him to raise his regular norm of code raws writing. XCode makes all the tools for your dedicated developers available and quickly accessible. There are many programming languages supported in this code editor and thus enables a consistent workflow for all the steps of app development. The Xcode-IDE, various compilers, an analysis tool, simulators, and several SDKs simplify the development of applications for all Apple products. An alternative could be a tool named AppCode, which also can be worthy of attention. iTerm2
Not all the users can easily adapt to the macOS integrated terminal, thus they can find an apprehensible alternative in iTerm2. The GUI can be customized for yourself. For example, you can tune the window transparency and the app also opens an opportunity to work in a full-screen mode. Additional functions cover Growl notifications, ExposéTabs and numerous shortcuts. The terminal can be adapted to different projects with diverse profiles using. The terminal program Hyper is also widely known in the developers' field. 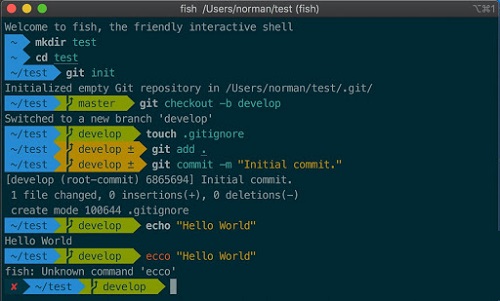 Sublime Text
This tool offers a fast text editor and many functions that may be useful for iOS app developers. It is perfect for editing multiple places in a document at the same time, for syntax highlighting and for code snippets in various languages. The development editor is suitable for JavaScript, PHP, CSS, HTML, Python, XML, C++ and many others. Alternatively, tool TextMate can be used for pro developers.

Atom
Atom, a source code editor can be used for application development. The tidy and modern user interface and modular-designed icons are high-valued by the developers. The tool maintains the syntax highlighting for many programming languages, automatic language recognition and context-dependent and automatic word completion. You can use plugins created in Node.js and the Git-control by GitHub. Smaller projects benefit more from the tool named VIM. 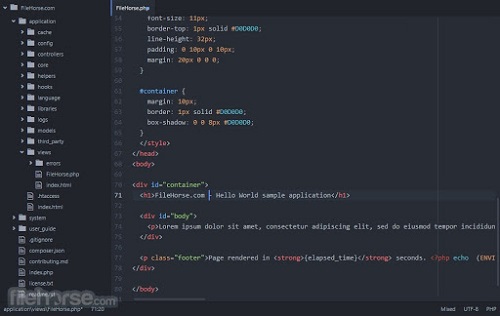 VisualStudio Code
A key feature of this tool is the ability to edit web applications you create. The integrated support for TypeScript, JavaScript, and Node.js allows the source code debugging process to be more smooth and clear. Many developers highly appreciate an opportunity to customize all the aspects for them personally in this tool. Alternatively, you can use WebStorm as an alternative. 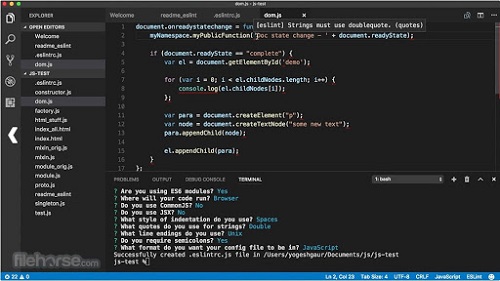 Transmit
Transmit is one of the most well-known FTP-client for macOS. There is one more important service each developer must have in his toolkit, except the text editor - a connection to FTP-servers. Transmit supports all the important protocols for data transfer. There is one interesting feature that allows integrating virtual directories from remote servers into the Finder. Files can be transferred directly to the FTP-server without the necessity to start the software. This is especially important when companies hire programmers. If you use Windows and macOS at the same time, Filezilla can be used on both systems, for instance. 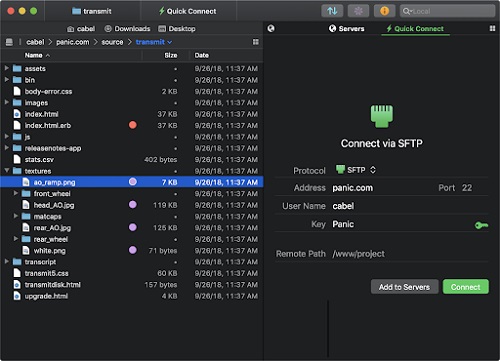 Kaleidoscope
Kaleidoscope helps specifically compare text files and images. This special tool helps to compare text or image files for a couple of minutes. Once some differences are found, the program highlights them. It, also, displays both options side by side and shows you a discovered comparison. In the case of the images comparison, areas that do not match are marked in white, the rest remains in shadow. As always, the alternative tool is the Tower. It offers a similar scope of the functions. 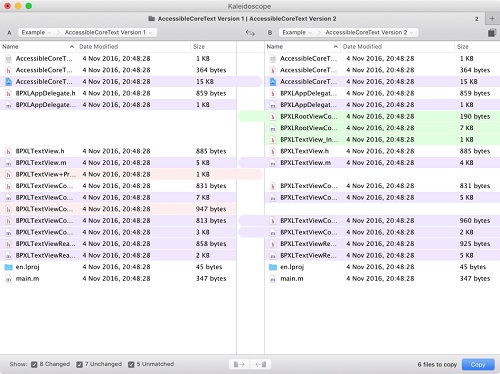 Sequel Pro
It is a small tool that allows using all standard functions for MySQL databases. Table and database properties can be edited efficiently and easily and the built-in query editor contains an all queries history. By the way, you can perform an easy import and export of data as well as maintain all the error appeared within the special console. 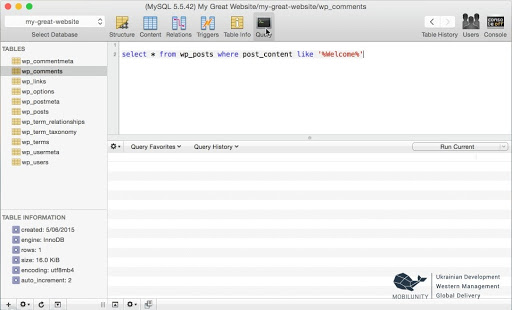 In which case macOS is the right choice?

macOS offers many advantages over Windows and Linux. Especially web & app developers, graphic and UX designers benefit from the better possibilities of macOS, its unusual lightness and friendliness.

Nevertheless, the hardware convinces with a comfortable and practical keyboard & touchpad. Even if not all the applications are available for macOS, they can be emulated with VirtualBox. If companies do not want to build up their own infrastructure for iOS app development, they can simply hire programmers who will use their own hardware.

Programmers who are aiming to customize their system should use a Linux distribution. It allows the system to be adapted to their exact needs. Also, many open-source programs can be used and easily edited.

Windows is the best solution when many Windows tools are needed. Especially the Office package by Microsoft can perfectly be integrated into Windows and can match with Windows in the best way. So, the choice of the operating system always depends on personal needs.