Green Line on iPhone X Display: Why and What to Do?

iPhone X is an all-singing, all-dancing flagship phone, rolling out with currently world's best software and hardware. However, not long after iPhone X reached its buyers, criticisms are starting to pick up the pace, of which mainly are about a vertical green line cross the iPhone X's OLED display. For more information, you should get down to the following.

CONTENTS
Cases Posted on Reddit or Twitter
What May Cause This Green Line Problem?
What to Do If Encountering Green Line on iPhone X?

So far there have been a number of threads or tweets posted on Reddit and Twitter via iPhone X owners from United States, Canada, Poland, and Australia with storage of 64 GB and 256 GB. However, there are no threads of such an issue reported on Apple Communities. I guess it's because Apple is trying to minimize this unpleasant event on its latest iPhone. Here let's see what others have run into with their iPhone X. 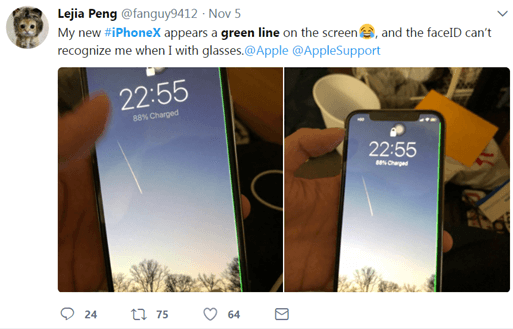 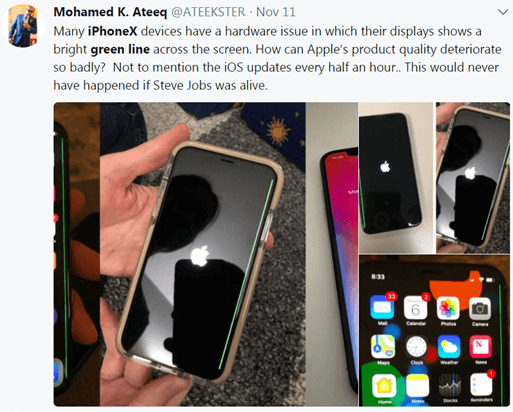 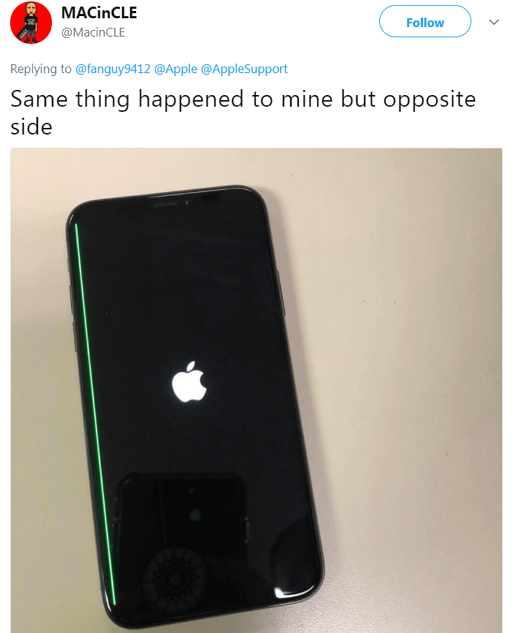 The green line seems to appear always at the edge of the screen, left or right, seldom in the middle. Though it barely affects the use of iPhone X, it does look terrible to some extent. Be you or I, no one wants a new device with flaws beyond doubt. If you're wondering why the green line occurs, jump to the second part.

What May Cause This Green Line Problem?

Many have said that they tried to restart, or even reset iPhone Xs, however, the green line of death persists anyway showing up along the right or left side of the display elsewhere on the screen. It hence looks like a hardware problem.

The green line could be an isolated defect with the iPhone X's OLED display. iPhone Xs have a new diamond sub-pixel pattern in their displays, and as such all green sub-pixels appear in lines, while red and blue alternate. It seems likely that an electrical fault in a few phones is causing the voltage to flow to all the green sub-pixels in a line. That it stretches all the way from top to bottom suggests it's something at the edge of the display that's sending an incorrect voltage down a few lines of pixels. 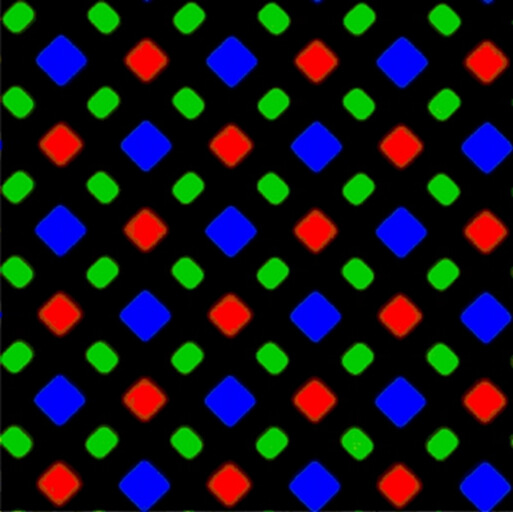 What to Do If Encountering Green Line on iPhone X?

As mentioned above, the green line of death is possibly related to the hardware inside iPhone X. One such user already reports that their phone was replaced at the Apple store, so it seems unlikely that this is a software issue. Therefore, there are actually no much we can do. Luckily, now that your iPhone X is still covered by the guarantee, I'd suggest you quickly go to Apple store nearby for a replacement at no charge.

yep just seen this appear - bad for the most expensive phone on the planet - be interesting to see Apples fix as also have a screen protector on it they will need to replace - off to Apple store next few days ho hum !! Another Apple failure being hushed up !

Too bad!!! Hope your phone will be okay soon.

Experiencing green line at the right side of my Iphone X... disappointed on this most expensive phone so far.. 🙁

I bought my iPhoneX in Tokyo during a business trip. When I returned to my country, all excited to use the greatest phone ever 256GB, to my disappointment, appeared this fluorescent green line across the vertical side of the display on the right side.

Can I get a free replacement at any Apple authorized store in the world? Do I need to go back to Japan or can I get it from Singapore?

Yes. You can get your iPhone checked in Apple Store in any country. Check Apple’s support page online to see what your options are in Singapore or your country.

You don't have to take it back to Japan.