Manual Exposure and Focus: The Beginning of Your Masterpiece

Here's the ultimate guide on iPhone Camera Makes Masterpiece Series, you can keep pace with new articles coming up.

Before a photo comes into being, photographer knows what matter the most - focusing and exposure. When it nevertheless comes to iPhone photography, all steps are included to a click of the shutter. However, that doesn't mean that you don't need to focus on a point or area or adjust the exposure before you hit the shutter. iPhone merely determines the focusing and exposure for you by default.

Despite the powerful algorithm in terms of photography, it's still far from able to 'calculate' and 'formulate' what a photo/video you truly want to capture. Instead, the algorithm is only able to produce a right picture, which is correct in the calculation but may not cater for the taste of people. Before we get down to a further introduction of focusing and exposure, let's check out a few pictures that come from Apple.com. 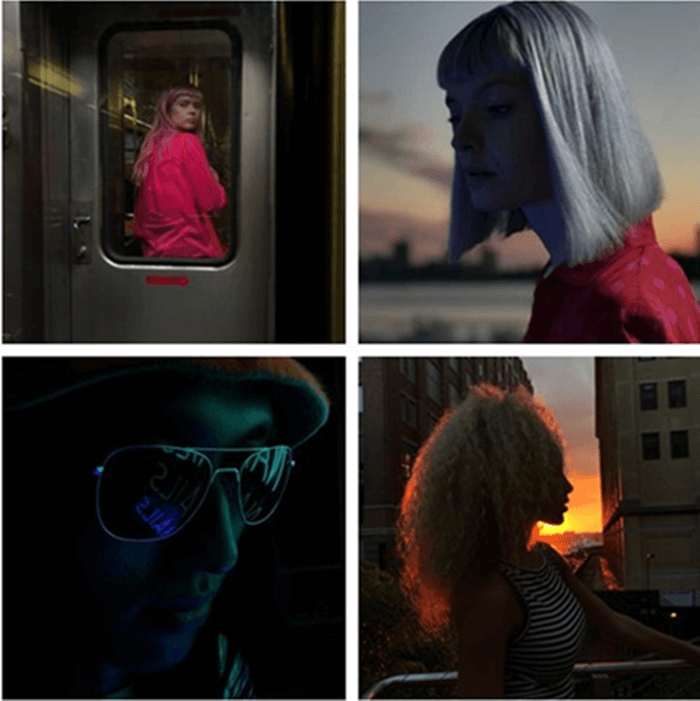 You must have noticed that all four editing-free photos are captured under bad lighting, however, they still seem awesome. These official images will not be out-fashioned even after years. These dark style pictures are sharp with a prominent outline and give a strong visual sensation with excellent coloring. Shadow and bright collides, evoking the story of days and nights.

You must be wondering now why we're unable to make such masterpieces even with the same iPhone model? Why are photos full of noises and get blurred when we take pictures at night or somewhere under bad lighting condition? The primary reason is that we ignore the importance of focusing and exposure by ourselves.

So, how to manually adjust the exposure on iPhone?

The "AE/AF Lock" feature allows users to lock the focus and exposure values when taking a photo. Most people might not know this useful feature. When you're tapping on the screen, you're in fact looking for a proper focus as well. However, many people may have a misgiving that focusing is less perceivable than adjusting exposure. It seems no change. How come? 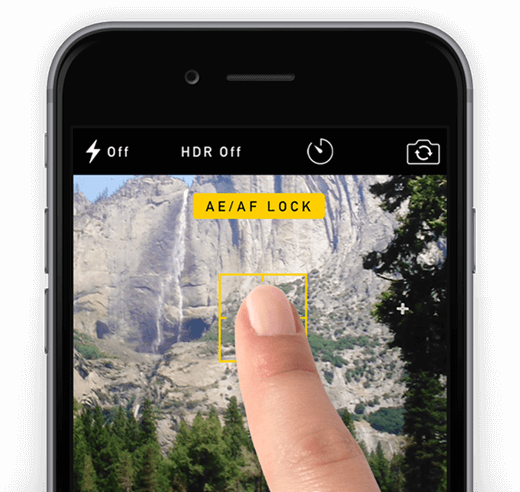 Then, you must understand why we should focus on a point when capturing a photo or a video.

When we're tapping on the screen and trying to focus on a point, we actually are adjusting the depth of field (DOF), which is the distance between the nearest and farthest objects in a scene that appears acceptably sharpness in an image. People usually take advantage of this feature to emphasize the subject while de-emphasizing the foreground and background.

The depth of field is an effective focus range that is perceivable and distinguishable through sharpness and unsharpness. There are a few factors that affect the depth of field. Let's check them out here.

Also, due to the wide-angle camera on iPhone, it brings about a less desirable depth of field, which is less noticeable compared to a digital camera. However, if you put an object near to the iPhone camera and focus on it, it's obvious that the object becomes prominent while the background gets blurred with unsharpness. 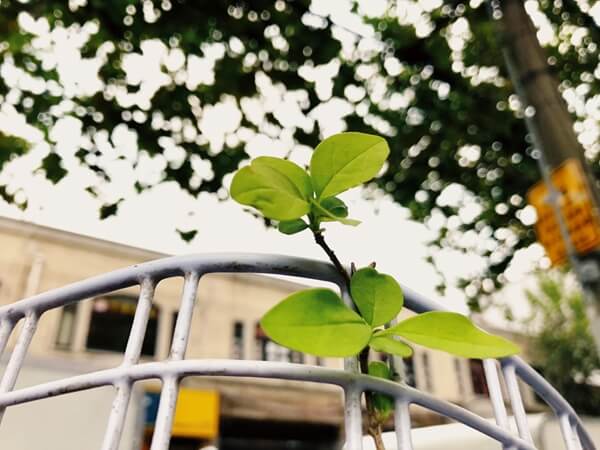 So far, a problem may occur to you what to do if the points of target focus and exposure are different but "AE/AF Lock" locks up at a certain point?

Despite the trend that tech stuff is becoming increasingly automatic, masterpieces are under conscious control most of the time. If you want to create your artwork, you should smartly take advantage of manual focus and manual exposure.

If you're using iPhone 7 Plus, iPhone 8 Plus, and iPhone X. You must have noticed an extra feature known as "Portrait Mode" in your iPhone camera. As the name tells, this mode is originally meant to be used when taking a photo of people, however, it is applied to more situations only if you know how to make the most out of Portrait Mode. Also, there are different modes of Portrait Lighting for your consideration: Natural light, Studio Light, Contour Light, Stage Light, and Stage Mono.

Portrait Mode even gives you tips in real time. So if you're too close, too far away, or the area is too dark, the camera lets you know. Apple is the first to integrate camera technology with artificial intelligence while camera manufacturers are still focusing on image quality. Perhaps, this new trial is far from perfect, we at least can know how two technologies come along in the future.