Even after Apple's annual WWDC (Worldwide Developers Conference) on June 5-9, 2017. Many have been hit topics online and offline, of which iOS 11 captures billions' attention. As it's claimed by Apple, iOS 11 enjoys the biggest software update ever, bringing a bunch of stunning new features. Though Apple claims so ever year, this year seems plausible. 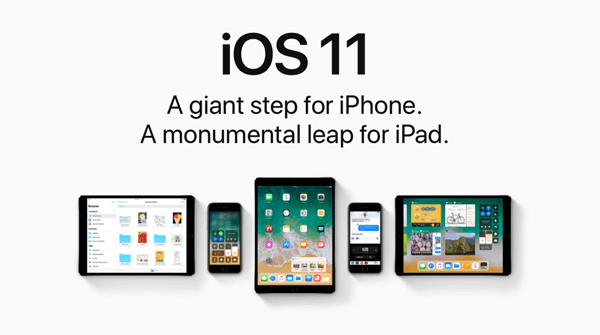 Tim Cook, Apple's CEO, said in the conference that iOS has up to 96% customer satisfaction rate, and 86% of users have been upgraded to iOS 10. As compared, Android 7 only boasts a 7% upgrade rate.

It's believed that iOS users are always able to experience the latest features in no time. Speaking of iOS 11, Apple reveals many new brilliant features on the hope of the better user experience. However, features are subject to change. Some features may not be available in all regions or all languages.

The latest iMessage will work with iCloud. All messages will be kept up to date with iCloud. Better yet, don't ever be worried about the insufficient storage. Not before long, you can still view iMessages after deleting them, for they stick to you on iCloud.

P2P (Person to Person Payment) is introduced. Now, you can instantly and securely request or receive money to/from contacts via iMessages or Siri. To make this feature more convenient to users, Wallet app is said to be redesigned. Yet, Person to Person Payments and Apple Pay Cash are available only in the U.S.

As predicted, equipped with advanced machine learning and artificial intelligence, Siri is able to comprehend sounds, understand context, and even predict things you want to do.

Through improvements, Siri is more expressive with a new, more natural voice. Real-time translation is upcoming. Siri enables to transfer phrase into Chinese, Spanish, French, German, Italian or more, but translation requires Siri language to be set to U.S. English. Nowadays, Siri is truly more of a voice.

As for Photos app, the size will be sharply reduced to half while the quality remains unchanged. In addition, more albums will be auto created according to the standard of 'I don't know what either'.

iOS 11 lets you customize the redesigned Control Center so you can change the settings for the things you do most. Want to be ready when inspiration hits? Add a Voice Memos control. Want to dim the lights in the dining room with a tap? Add Home controls. Or use 3D Touch in Control Center to unlock even more commands.

The Lock screen is even more powerful. To get to all your notifications, just pull it down like a cover sheet from the top of the screen. At a glance, you can see both your recent and missed notifications in one place. 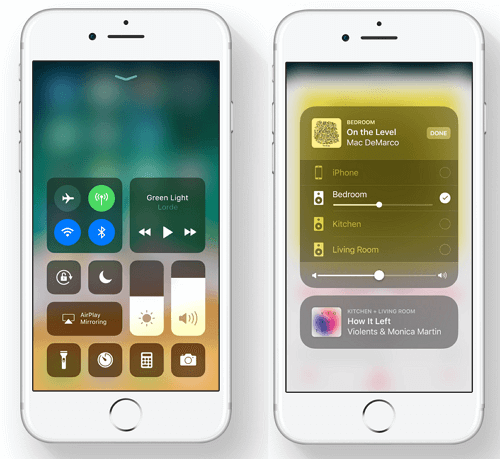 Having no sense of direction? So, Maps app is here taking you to anywhere you want to go. With the next update, Maps will be coming up with more features: Indoor maps and lane guidance.

If you're here inside a landmark building, there will be a map showing you the floor information and exits as well as guiding you the way. Better yet, Maps now helps you avoid missing a turn or an exit by showing you which lane you should be in when you're navigating. You can also see the speed limit of the road you're on.

HomeKit now supports to take control over the speakers in rooms, support more auto operations. The latest AirPlay 2 allows users to control home audio system and the speakers throughout the house like playing a song in a different room at the same time, adjusting the volume in any room, and more. However, AirPlay 2 may require a software update to existing speakers or new hardware depending on speaker manufacturer.

Apple Music is redesigned with a refreshing interface and the new feature - Friends - is on the stage. After you subscribe to friends, they are able to help you discover new hits and artists. You can see playlists they've shared and albums and stations to which they often listen.

You're going to meet a totally brand new App Store with a whole new design on iOS 11. Inside are must-read stories, expert recommendations, carefully crafted lists, helpful how-tos, and new ways to find your next favorite app or game.

With new tabs, it's easier than ever for you to discover the next app or game you can't live without, including Today Tab, Games Tab and Apps Tab. Each tab contains most featured content for you to check out. 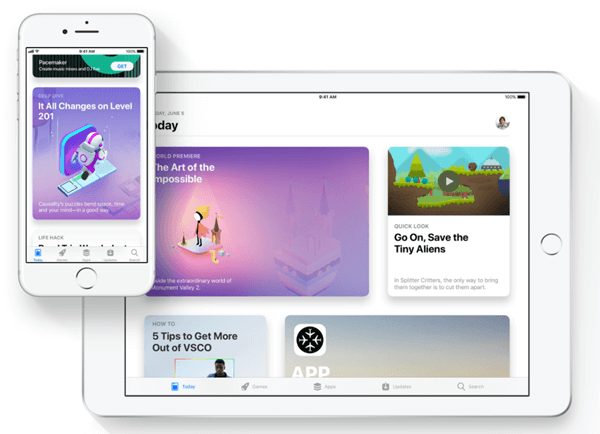 10. QuickType with One Hand

QuickType keyboard has been updated to support one-handed typing, which can be simply switched via the Earth icon. In this mode, the keys will instantly move closer to your thumb. Even if you're holding and enjoying a cup of coffee, there is no hassle.

11. Do Not Disturb When Driving

iPhone can no sense whether you're driving and it's able to prevent you from any possible distractions via phone calls, text messages and notification. When you're driving, just drive. People trying to reach you can automatically be notified that you're driving. This would effectively reduce any unexpected accidents.

At the same time, iPad might encounter the most updates ever this time. There are new features and improvements you should take the first look.

The new Dock is a foundational change for iPad. It is now available from any screen allowing users to customize it with more of your favorite apps and intelligently suggest apps that you open recently. With a swipe, you can quickly turn on and switch apps.

With the improvements, users will have an easier and smoother experience on multitasking. You can simply open a second app directly from the Dock, and both apps remain active in Slide Over as well as Split View.

Furthermore, there is a new Drag and Drop feature, which allows users to move text, photos, and files from one app to another. And because it's been designed for the large Multi-Touch display of iPad, moving them around is pure magic. You can touch and move just about anything — or things — anywhere on the screen.

The new Files app keeps all your files safe and easy to access, including those on iPads, in iCloud Drive, in Apps and even across other services like Box and Dropbox. Users are able to easily browse, search, and organize all files in one place.

Apple Pencil gets improved along with the advent of iOS 11. Being more powerful, the Apple Pencil takes one step forward to a real pencil. Now, it's handy and useful in terms of taking notes, getting work done, or simply being creative.

16. One More Step to Augmented Reality

iOS 11 introduces ARKit, a new framework that brings augmented reality to hundreds of millions of iOS devices. It allows software developers to establish unparalleled AR experiences with ease using its default cameras, processor and sensor. Augmented Reality takes apps beyond the screen and is taking the lead of the tech future tendency.

iOS is coming this fall compatible with a bunch of devices like: