The HUAWEI P20/P20 Pro has been released in Paris recently. As HUAWEI's new flagship product, P20 Pro  first created the Leica Triple Camera system, which lead the trend of the development of the global mobile phone photography. In the first half of this year, HUAWEI P20/P20 Pro bears the expectation of competing with Galaxy S9 and iPhone X.

The body of HUAWEI P20/P20 Pro is made from toughened curved 3D glass panels, which makes the phone both elegant and durable. Both are designed with FullView, but HUAWEI P20 has opted for 5.8 inch LCD display, and HUAWEI P20 Pro uses a 6.1 inch OLED with a resolution of 1080 x 2244, reaching FHD+ level. 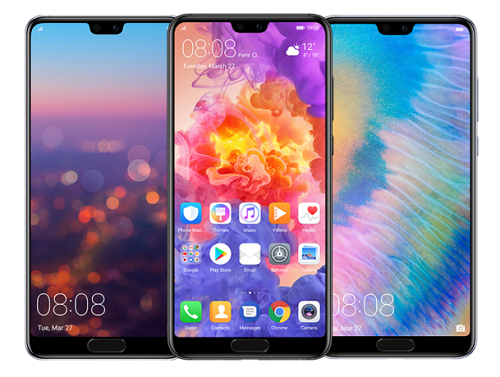 Screens of the two phones look great, and HUAWEI P20 Pro with OLED screen certainly provides better color accuracy. However, HUAWEI P20 also meets the standard of mainstream flagships, with the aspect ratio of 18:9, which is a huge improvement compared to previous generations of HUAWEI P series.

At its bottom, HUAWEI P20/P20 Pro still retains the front in-screen fingerprint sensor. There's the notch at the top of the display, but compared to iPhone X, HUAWEI P20/P20 Pro has a smaller notch, with only enough room for the earpiece speaker, front-facing camera. Also, P20/P20 Pro can "hide" notch in the Settings.

HUAWEI P20/P20 Pro and Samsung S9 all adopt the design of double-sided glass and metal frame. But HUAWEI P20/P20 Pro is more radical than its previous generation, upgrading to a FullView screen, while keeping fingerprint on the front.

The Samsung Galaxy S9, which has almost copied the design of the S8, only tweaks the position of fingerprint.

Although equipped with an Infinity Display, which is one of the highest resolution displays in mobile devices, Galaxy S9 Plus still looks amazing with Quad HD+ resolution and 530ppi, it is barely a upgrade. 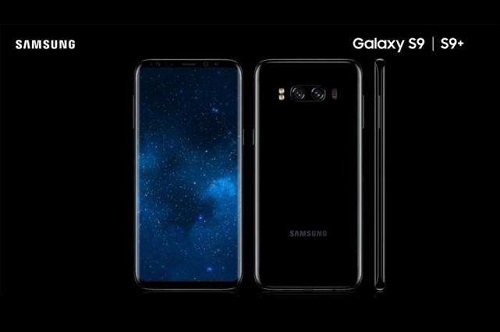 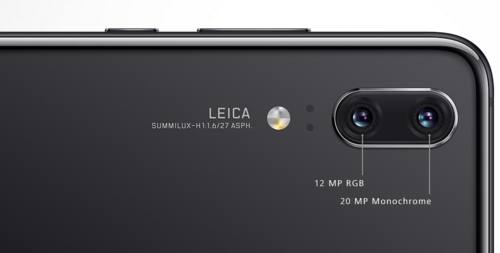 HUAWEI P20 Pro is the world's first phone with Leica Triple Camera, it break through the limitations of creative mobile photography. Inspired by the kinetics of light and precision-engineered, it can capture more detailed atmospheric images at any time during the day or night.

Both phones are heavily advertised on high-spec cameras.

The Galaxy S9 Plus is equipped with two 12-megapixel (MP) lenses and an aperture that can be adapted for the existing light by mechanical changes. But HUAWEI has put three lenses into P20 Pro. Its main lens has a huge 40MP and an 8MP.

The driving photography system for HUAWEI P20 Pro is powered by the Kirin 970 chipset, which has brought a series of new advanced additional features and creative tools for the excellent smartphone experience.

Samsung S9 is powered by the latest Qualcomm Snapdragon 845 with 6GB memory. The standard storage capacity of 64GB is a little small, but it supports microSD expandable storage. We don't think there will be a big difference in the daily performance of these devices, although the version of Snapdragon may make other devices have advantages over the overall graphical performance.

But it is reported that HUAWEI has a battery of 4000mAh, while Samsung Galaxy S9+ provides 3500mAh. No matter which one you choose, larger battery will be better. Both provide SuperCharge, though Samsung also supports wireless charging.