Google Pixel 2 vs iPhone 8：Which Is the Best Smaller Phone?

With the advent of big screen phones, it seems that increasing users pursue bigger phablets, thus those phones with bigger displays are becoming more prevalent. Nevertheless, some people still prefer to use small screen phones, as they look more exquisite and dainty. 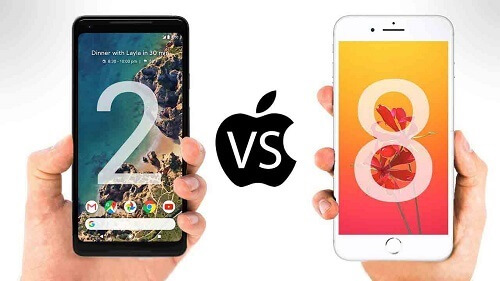 The most notable are Google Pixel 2 and iPhone 8, the best small-screen flagship phones either in design or functions. These two phones are the new-style and high-end phones that have been announced recently. Let's pour attention into the features of two phones from following aspects.

The Pixel 2 has pretty large bezels, which is bigger than iPhone 8. If Apple insists to retain the home button on the bottom of screen, it normally won't be smaller, such as iPhone 8. At the same time, the reason why Pixel 2 has such big top and bottom bezels is that it has front-facing stereo speakers above and below the screen. 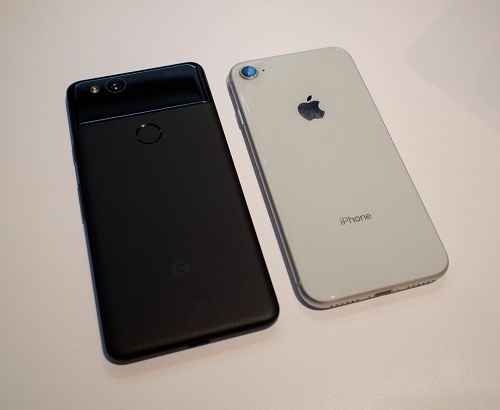 Google Pixel 2 has a display of an appropriate size, at 5 inches, conforming to flagship standard. The iPhone 8 uses a 4.7-inch display, little smaller than Pixel 2. From their appearance, the displays of Google Pixel 2 and iPhone 8 are similar, but actually they have quite differences in the display panel. The Pixel 2 has an AMOLED display, like iPhone X and Samsung Galaxy S8. Also, it is an always-on display that can see time and notifications at any moment. The iPhone 8 has a LCD display that also looks pretty great, as a retina HD display makes it more beautiful than ever. 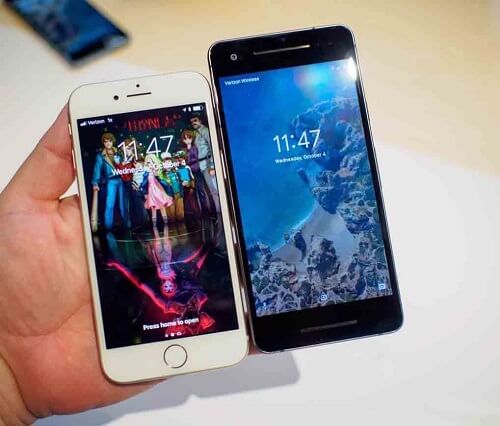 As the screen of Google Pixel 2 is little bigger than iPhone 8, it has higher pixel density and resolution ratio. Furthermore, its AMOLED screen technology can bring vivid colors and deep blacks. On the other side, though iPhone 8 uses high-end LCD display, its lightness, color, visibility ranks first-class, as it is added with True Tone technology that can adjust the color and brightness of the phone to fit surrounding lighting.

It's also worth mentioning that two phones are supported class-leading processors. The iPhone 8 supports a hexa-core A11 Bionic chipset, while Google Pixel 2 has an octa-core Snapdragon 835 chipset, the same as Samsung s8, HTC U11, etc. Both chips provide fantastic performance and power efficiency. 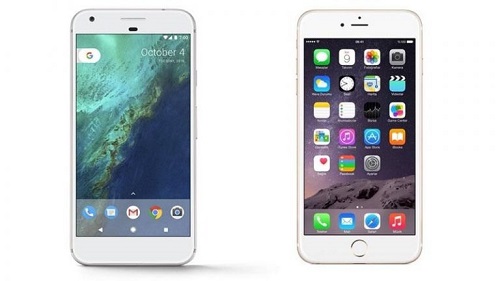 There is one of the biggest obvious differences of two phones – the software. Google Pixel 2 runs Android 8.0，which is the newest version of Android. A new feature of Pixel 2 – 'Active Edge' allows users to launch Google Assistant to seek help. However, iPhone 8 runs iOS 11 with all sorts of new features. Additionally, Apple users can activate Siri to easily dial, send messages, search files and information that they need easily via voice.

When it turns to the camera, they all have excellent cameras, with DxO scores of 94 for iPhone 8 and 98 (the highest score of any phone) for Google Pixel 2. They have similar setups, with a 12MP rear f/1.8 camera. The Google Pixel 2 has an 8 MP front camera, and iPhone 8 has a 7 MP front-facing one. However, only the Pixel 2 offers a portrait mode.

Furthermore, both two phones can support fast charging. When Google Pixel 2 charges fifteen minutes, it can use seven hours. And after charging half an hours, iPhone 8 can reach 50% battery. However, iPhone 8 can be supported to Qi wireless charging.

At last, there are rarely small and exquisite phones on market now, thus iPhone 8 and Google Pixel 2 actually are ideal choices. Though two phones are different in design appearance, they're just combinations of glass and metal in different styles. As a matter of fact, the biggest difference is likely to be their operating systems. Therefore, if you want to decide which is the best smaller phone. They're all powerful, but you can select one of them in terms of your preference to the system.