Samsung Galaxy S9 VS iPhone X: Which One Is Better? 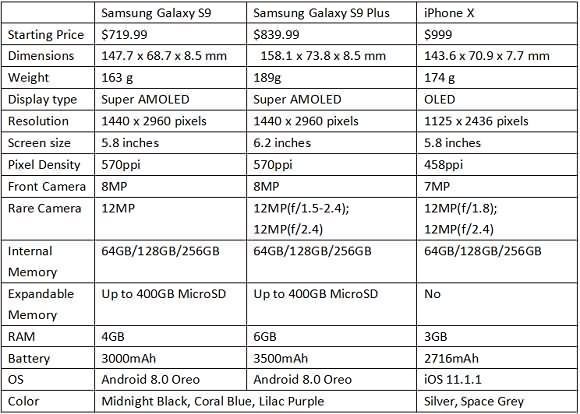 Samsung Galaxy S9 follows the similarly rounded and slender design style of Galaxy S8 - infinity display with an edge-to-edge screen and rounded corner display. No obvious breakthrough on Galaxy S9's design. However, one of the best design improvements of it must be the fingerprint scanner location. Since its placement on Galaxy S8 has received much distaste from their users, Samsung puts fingerprint Scanner under the rear camera on Galaxy S9 so as to avoid lens smudges. 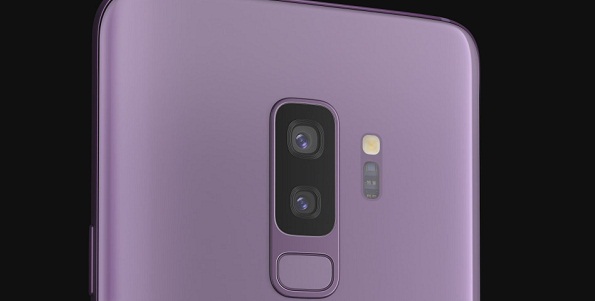 By comparison with Samsung Galaxy S9, iPhone X is slightly shorter and wider. When it comes to the design of iPhone, many people will be in favor of its concise and elegant design style. As for the design of iPhone X, Apple has made a great breakthrough. Unlike all previous iPhone versions, iPhone X is almost bezel-less, employing all-screen and stainless steel design.

What's more, facial recognition system of iPhone X that substitutes the fingerprint scanner allows users to navigate to the home page on iPhone X with their Face ID, scanning by TrueDepth Camera. However, lots of people strongly complaint about the design of the notch for TrueDepth Camera which is located on the top of the screen, considering that just like a part of the screen has been eaten by the notch.

It is hard to select which one's performance is better. iPhone X uses Apple A11 Bionic processor. According to Apple, A11 Bionic is the smartest and powerful mobile chip. Moreover, it's capable to operate up to 600 billion times per second. On the other hand, Samsung Galaxy S9 employs Snapdragon 845 which is the newest premium mobile chip in 2018.
However, there is no doubt that both of them are trying to provide a better experience for users. 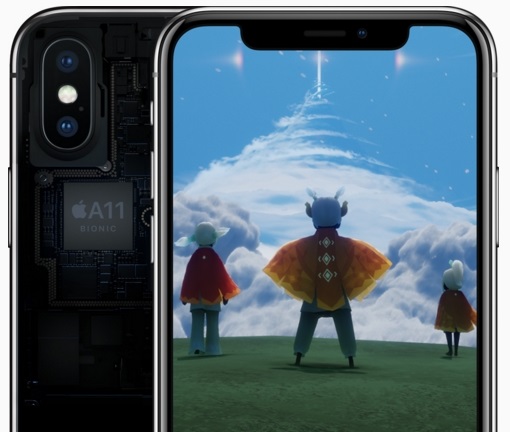 Both of Samsung Galaxy S9 and iPhone have the rear camera with 12 MP sensor. Unlike iPhone X, Samsung Galaxy S9 doesn't use a telephoto camera with OIS which has been also employed on Galaxy S9 Plus, however. According to users' experience, Galaxy S9 Plus camera has better performance in the low light environment because its dual aperture lens has the ability to switch between f/1.5 and f/2.4 so as to shoot high-quality pictures under bright daylight or low light condition.

As for video recording, Samsung Galaxy S9 and iPhone X can capture 4K video, but Galaxy S9 camera also supports a 960fps super slow-motion video mode.
What's more, as a competitor, Samsung Galaxy offers a similar new service as Animoji on iPhone, named AR emoji. According to Samsung, Galaxy S9 scans your face to create your own 3D character. Moreover, you can change character's hairstyle, skin tone, clothes. And then, you are able to create a short video, a GIF with the character. However, AR emoji is not going well as Animoji on iPhone X, according to users' experience.
As for Animoji, the TrueDepth Camera on iPhone X has the ability to capture more than 50 different muscle movements to reveal your expression with panda, pig or robot character.

Compared with Galaxy S9, iPhone X has more new features because iPhone X, itself, totally is a great breakthrough for iPhone.

It's hard to decide which one is better, right? Please comment below to let us know your choice. Samsung S9 VS iPhone, what's your choice?