To save you the trouble of opening a video/audio editor, FonePaw Screen Recorder 1.7.0 is adding the support for clipping video or audio before saving. Let's see how this new feature work. 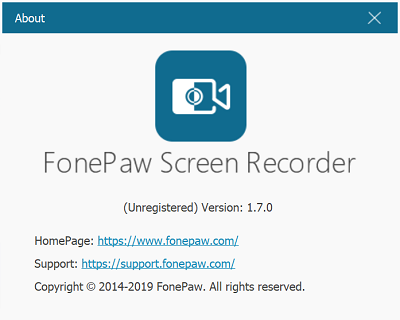 Note: The Clip Video or Audio Before Saving feature is only available on the registered version of FonePaw Screen Recorder for Windows.

I started talking with your customer service people on Dec 24. The trial version of your screen recorder worked well, the purchased version does not work at all. Nothing could be done to make things work for me, so I'm been asking for a refund since Dec 27. You guys have disappeared and haven't answered repeated emails for over 9 days. I need confirmation that my refund was processed.