9 Best and Fastest Android Launchers for 2018

A good Android launcher can help the users create a more beautiful home screen and arrange their app shortcuts and widgets of smartphones efficiently. Admittedly, every phone runs a default launcher, but some of you may want to install a new launcher to give the phone a different look. Here we will introduce 9 best and fastest Android launchers. Let’s pay attention to them one by one.

Nova Launcher is a customizable, fast, and storied launcher over 5 years old. It has implemented the Android 7.1 launcher shortcuts. Nova’s the biggest profits are hidden in plain sights, like the Subgrid Positioning or its wonderful backup function. 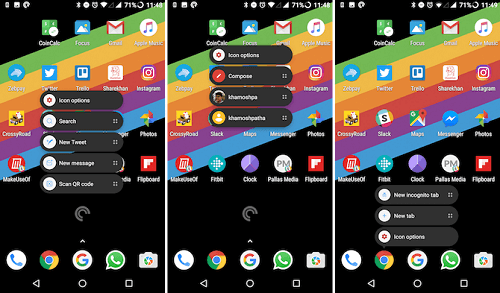 There are a lot more features, including the color themes, icon packs, scrollable docks, app drawer customization, etc. More importantly, it is committed to some new features, such as Sesame Shortcuts, Oreo improvements, and Animations.

Arrow Launcher is the former name of Microsoft Launcher. There are some features. Users can personalize their home screen by customizing various wallpapers, theme and accent colors, icon packs, gestures and much more. It can also help you quickly access important contacts by pining the contacts to Home screen. 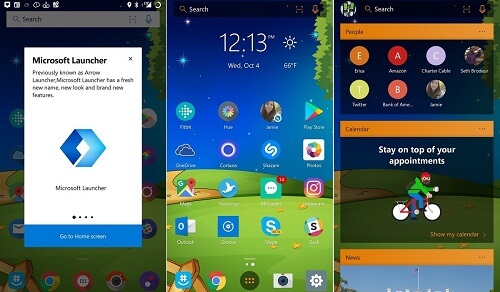 The most notable feature is that Microsoft Launcher is supported with "Continue to PC", a bridge between the mobile and PC. With the help of Microsoft Launcher, users can continue to edit documents or reading websites from Windows PC to the phone. And users can use the search bar to find some apps, files, and messages easily.

Evie Launcher is a new and light little launcher. This launcher can give you a clean, minimalist setup that looks similar to the stock Android. You can draw a clever slide-out bar from the left side so that you can quickly access all apps. Universal search can help you search what you need by taping an app’s name. 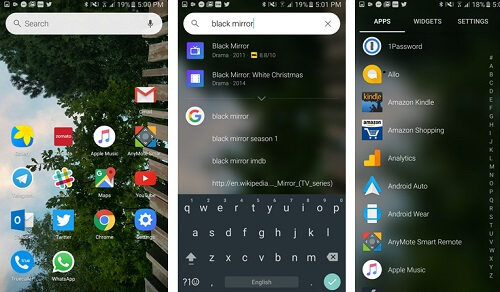 There are live wallpaper support, the phone-locking Instant Lock, and other features. The wallpaper has a custom app dock. Furthermore, Evie will be added with new features, such as the app drawer and folder customization and the multiple languages support.

Apex Launcher is highly customizable and visually stunning with a good balance of features and performance. Its home screen can be customized, with up to nine different home screens. Another point to note is that Apex runs a scrollable dock to five pages, thus you can put those frequently-used apps on the dock. 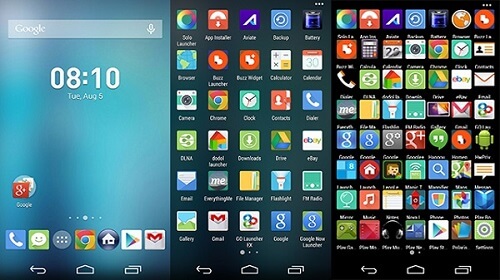 Furthermore, there are a lot of features, like the transition animations, infinite scrolling, plentiful folder formats, and various app drawer styles. This launcher is the most elegant launcher with the practical functions.

This Smart Launcher 3 can make your phone faster, lighter and more organized. It is an intelligent launcher with algorithms. You can sort your app drawer into five categories, including categories for Internet, multimedia services games and more. And it has a search bar on the top of home screen, which helps you find the apps and information you need quickly and easily.

It comes with some special themes, like the iconic "Flower" QuickStart layout, and the new lcon Pack Studio, etc.

Yahoo creates a Yahoo Aviate Launcher years ago. Aviate Launcher offers a minimalist, yet useful front-end for your Android smartphone.It is a Smart Screen which can organize your apps and files by predicting what you need next. For example, when it is morning, it shows apps to check the weather, traffic, and news. Also, it can provide you a quick access to media files and some music apps. 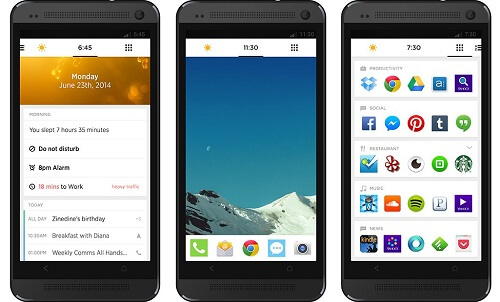 One special feature is that you can swipe to the right on the home screen, and it will show another interesting screen, known as "Spaces". There are Spaces for "Todays", "Moving", "Listening", "Work" and "Nearby". And you can customize the contents in each Space, but you can’t create new ones.

Buzz Launcher can provide you with over 500,000 different home screen themes, thus you can choose these themes to decorate your Android phone. If you want to view the Buzz menu, you can slide two fingers downwards on your phone screen. You even can increase the customize features and the animation themes. 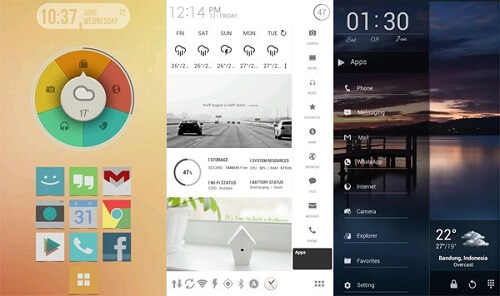 Furthermore, Buzz Launcher is shortcut-based and each of the Homepacks offers a new design for the home screen. It also is equipped with a variety of dials and switches, so that you can manage some fine-tuning details for your launcher.

Action Launcher is a popular and customizable launcher on the Android market. It provides the QUICK feature, such as the Quicktheme, Quickdrawer, Quickpage, Quickbar, etc. It comes with the unique Covers and Shutters to hide folders and widgets on a simple app shortcut.

Action Launcher is equipped with some features from the newest version of Android, such as the Adaptive Icons, App Shortcuts and Notification Previews.

ZenUl Launcher is the official launcher from ASUS, which works effectively. This launcher can provide you a color theme so that you can have a wonderful phone home screen. It has a search bar so you can find your needed files and apps easily. 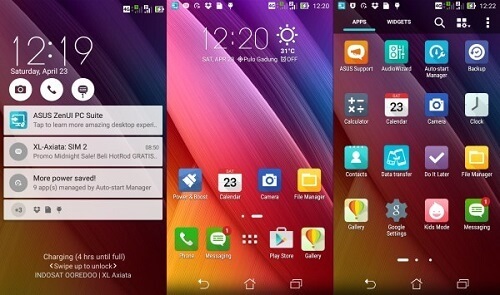 The notable is its automatic organization of icons, as well as the ability to access tons of shortcuts by sliding them.

All in all, these launchers are the best and fastest Android launchers in 2018 as they provide all sorts of excellent features. Why not choose a favorite launcher to beautify your phone screen? I believe that they will offer you a wonderful experience. Download and enjoy it!

I can hide all widgets with a gesture too.

And it supports landscape mode for phone and many more features and customization.