After years of rumors and speculation, Apple on Wednesday finally unveiled its jumbo-sized iPad Pro, boasting a 12.9-inch display, a new A9X processor, a four-speaker audio system, a stylus dubbed the Apple Pencil, and a Smart Keyboard that connects via a new docking port. 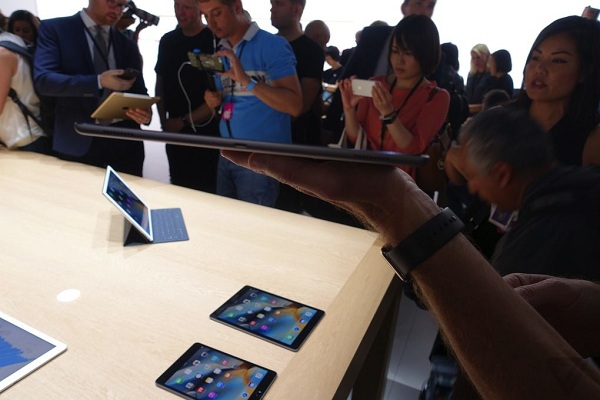 The new iPad Pro uses a 12.9-inch display and makes use of the new split screen app features of iOS 9. That display looks positively gorgeous: Its 2732 x 2048 pixels, which adds up to 5.9 million pixels, which is more pixels than the 15-inch MacBook Pro with Retina Display. 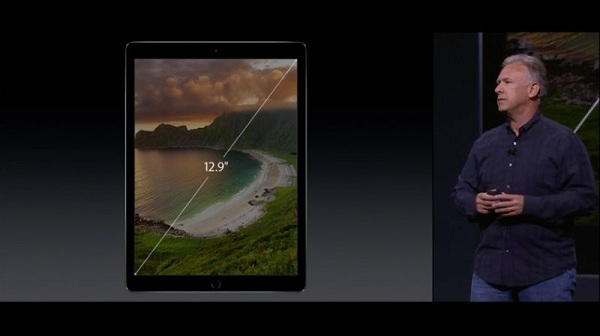 Crucially, Apple is introducing a Smart Keyboard for the iPad Pro. "This is unlike any keyboard you've ever used before," says Schiller, conveniently forgetting Microsoft's Surface keyboard. It's covered in a fabric that forms the structure for the keyboard. Three new circles along the side of the device act as a new Smart Connector to attach the keyboard to the iPad Pro, in a similar style to the Surface keyboard.

Apple also debuted its new Apple Pencil stylus for the iPad Pro. Yes, despite Steve Jobs’s dislike for the stylus, Apple has added one to the iPad.

Unlike most styluses, though, the Apple Pencil has built in sensors that can detect when you press hard or lightly and will adjust your stroke accordingly. The Apple Pencil can also determine if you are writing on a slant and change the width of your stroke.

In a "stroke" of genius — get it? — Apple added a Lightning charger to the top of the Pencil that you can plug into the Pro to recharge. 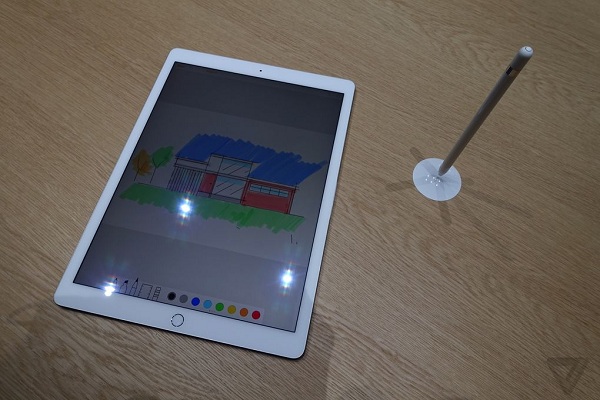 Under the hood, the iPad Pro is running a new A9x processor, which is apparently 1.8 times faster than its predecessor the A8X. According to Schiller this tablet is 80 percent faster than other portable PCs.
Worry not, you’ll be able to take tablet photos with the iPad Pro. Yes you can! There’s an 8 megapixel rear-facing camera, and an HD FaceTime camera.
The new design obviously gives the design space for a four speaker design. The audio of the speakers automatically changes depending on how hold the device.
According to Apple, the iPad Pro will get 10 hours of battery life on a full charge. 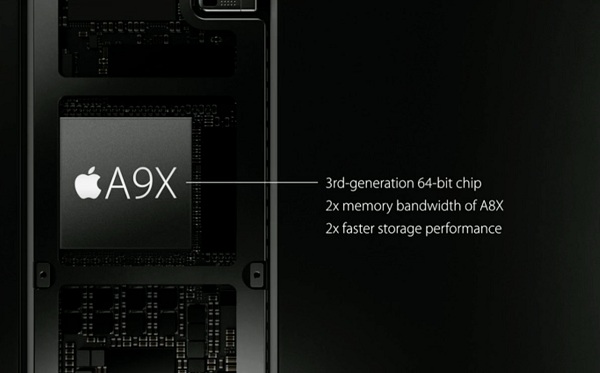 So how much is this super-powered iPad gonna cost?

Starting at $800 with 32GB of storage, the iPad Pro isn’t exactly cheap. In fact, it’s just $100 less than the 11-inch MacBook Air, which can run full desktop programs and offers 128GB of storage.

Then there are the accessories. The Apple Pencil costs a pricey $100, while the Apple Smart Keyboard costs $169.

Apple says the iPad Pro and related accessories will be available in November.