Google's Android 6.0 Marshmallow update was released in October 2015 after a long beta period, and is still slowly rolling out to all smartphones and tablets. Currently, the Android N Beta is available for Nexus 5X, Nexus 6P, Nexus 9, Nexus Player and the Pixel C tablet. Three are missing from the list. They are Nexus 5, Nexus 7 and the Nexus 10.

Recently, Google has wrapped up Android N and confirmed some major changes of the system. There are some noteworthy features, such as split-screen multitasking, multi-window mode, and more. This works with all apps rather than only native Google apps.

Other new features includes longer battery life yet again with a more efficient "Doze" on-the-go mode, a completely revamped notifications and settings bar which is smarter, more detailed, and enhanced than that of the Android M. You are allowed to direct reply from the notification bar.

In Android N, we are also seeing a night mode with red color tints and a dark-mode for settings which are mentioned in Android 6.0 Marshmallow but didn't come true. There is a lot to browse, and more will be coming to the Android N. Below are some details. 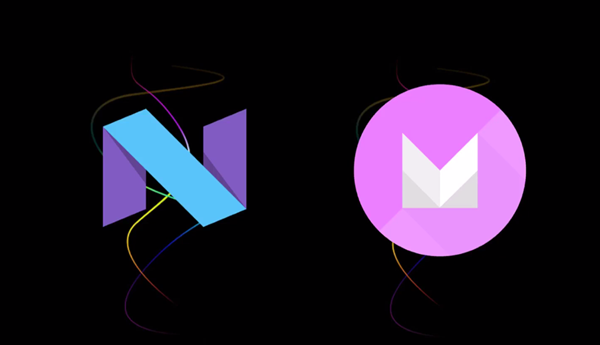 Google has finally delivered multi-window support for Android N. Now the system allows two apps to run on the screen at the same time. This is available on both tablets and smartphone. We had seen this feature in Android M preview but Google never made it to the final version. Nevertheless, this is a highlight feature of Android N that catches a lot of attention. Google also states that the multi-window will allow "Picture-in-Picture" mode for Android TV. So, userS are able to watch TV while browsing Netflix at the same time. 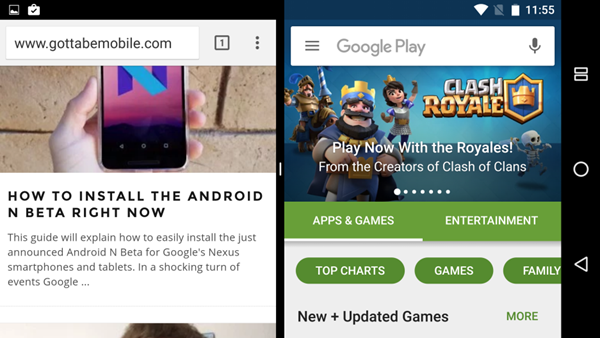 Google adds little settings toggle on the top of the notification pulldown bar. You can instantly turn on Wi-Fi, Bluetooth, Hotspots, volume controls, and so on. If you long press the options, you can jump right into the settings app. 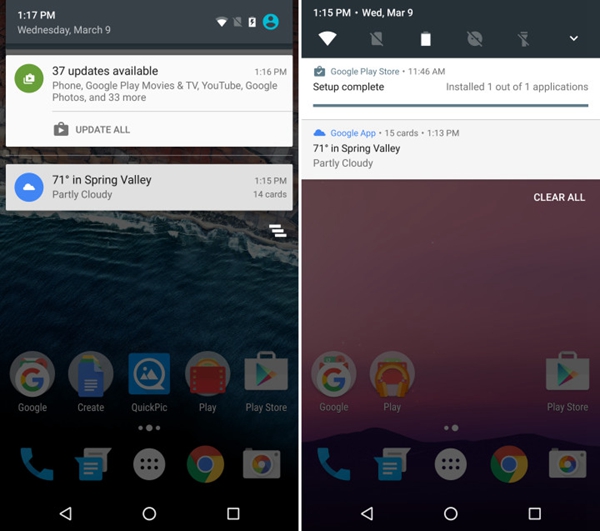 The night mode lets users turn the settings dark rather than bright white. We saw this feature last year but it is removed before Android M was unveiled. But, this year, Google introduces Night Mode to Android N, which is hidden in the system UI Tuner. You can long press the gear-shaped settings icon to unlock it. 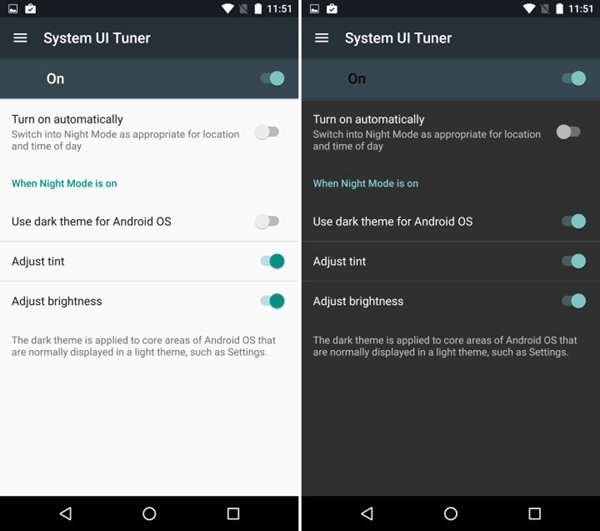 Doze on the Go

Android 6.0 Marshmallow introduced a highlight feature call "Doze". This can put apps into a low-power sleep state when the device is not being used. In Android N, Doze will be further refined. It makes battery life even batter. 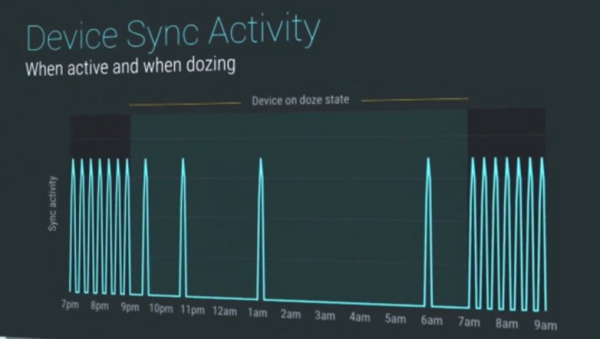 Contact [email protected] for more information you need to work out